ElecJet engaged the BIC to perform several types of testing from verification of its charge capabilities to energy density / power density, to induced failure point testing.

The BIC tested two versions of the AX 31Ah. These two subclasses are designed for different market segments.

The BIC confirmed that the AX-01 measured a discharge energy of 111.41Wh at a C/2 rate (measured 31.70 Ah)). At a nominal volume of 0.17571 Liters for each cell and a nominal mass of 0.395 kg, this translates to 634Wh/L and 282Wh/kg of energy densities which are both dramatic improvements over current battery technology.

* The AX-01 also has a designed commercial cycle life of over 1,200 charge cycles.

The BIC also confirmed that the AX-02 measured a discharge energy of 113.213Wh at a C/2 rate (measured 31.4 Ah). At a nominal volume of 0.17571 Liters for each cell and a nominal mass of 0.395 kg, this translates to 644Wh/L and 287Wh/kg of energy densities which are both dramatic improvements over current battery technology.

*The AX-02 also has a designed commercial cycle life of over 2,400 charge cycles.

Kent Wilson, CEO of Alpine 4 had this to say, "I want to thank the BIC and their talented staff of engineers for their testing work on our AX Class of Solid-State Batteries.  While traditional lithium battery cells such as the Tesla 4680 or the Panasonic 21700 have taken lithium-powered cells to new heights, they have reached their technological limits.  Further, while other solid-state battery companies have accomplished fast charging like ours, they typically trade-off longevity or how much energy a battery can store. What shareholders and potential customers can take away from the BIC results is that the AX Class of Solid-State Batteries are the perfect balance between energy density (how much energy the battery can store), its C rate (how quickly it can charge) and its cycle count (how many times a battery can be charged).  The AX31Ah-02 is the best all-around battery cell in production and ready to transform various industries including the EV and power storage markets. Vehicles from companies like Tesla, Lucid, GM, Ford, and RIVIAN all use traditional lithium cells.  If their vehicles were powered by our AX31Ah-02, they could charge in 15 minutes, store more energy for longer duration trips and have battery cells that can power their vehicles for over 300,000 miles before the battery would require replacement.  There is no better way to say this than these batteries don't just change the game, they redefine it, and we are hitting the ground running."

Danny Marshall, the Battery Innovation Center's Lead Testing and Evaluation Team Engineer, commented: "I am extremely impressed with the performance of this battery cell relative to other cells that we have tested at BIC. Somehow, its energy density exceeds some of the best NMC technologies that BIC has tested while being solid state and maintaining comparable C-Rate performance. From an EHS testing perspective, it has been shown to maintain stability under some amazing abusive conditions in contrast to the fielded lithium-ion chemistries that we see today. I am excited to continue testing and characterizing the abusive/performance specifications and see if we can find where the engineering tradeoff will be, assuming it exists."

*Tested only in our laboratory still waiting results from the BIC. This process takes several months to complete.

About Elecjet: Elecjet specializes in developing super-fast charging, graphene battery solutions that offer convenience in the palm of your hands. For the past 11 years, our research and development team have been committed to advancing our products' charging performance and battery life.

About the BIC: The Battery Innovation Center (BIC) is a collaborative initiative designed to incorporate leadership from renowned universities, government agencies, and commercial enterprises. The BIC focuses on the rapid development, testing and commercialization of safe, reliable and lightweight energy storage systems for defense and commercial customers. The BIC has worked with such customers as Solid Power, Bright Volt, Fisker, Rolls Royce, Du Pont, Valvoline, LG Chem, UL, GE Global Research and Cummins to name a few.

About Alpine 4 Holdings:  Alpine 4 Holdings, Inc. (ALPP) is a NASDAQ traded conglomerate that acquires businesses that fit into its disruptive DSF business model of Drivers, Stabilizers, and Facilitators. At Alpine 4, we understand the nature of how technology and innovation can accentuate a business.  Our focus is on how the adaptation of new technologies, even in brick-and-mortar businesses, can drive innovation.  We also believe that our holdings should benefit synergistically from each other, have the ability to collaborate across varying industries, spawn new ideas, and create fertile ground for competitive advantages.

Four principles at the core of our business are Synergy. Innovation. Drive. Excellence.  At Alpine 4, we believe synergistic innovation drives excellence.  By anchoring these words to our combined experience and capabilities, we can aggressively pursue opportunities within and across vertical markets.  We deliver solutions that not only drive industry standards, but also increase value for our shareholders. 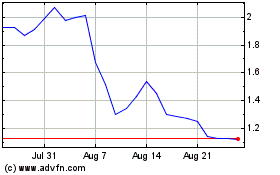 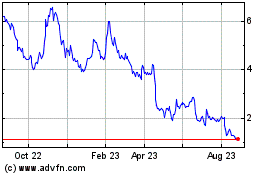 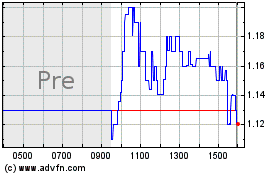