"I am proud of the team for the strong operational performance delivered in the third quarter," stated John Redmond, CEO of Allegiant Travel Company. "We completed the quarter with a controllable completion of 99.4 percent, a significant improvement from the first half of the year. This was achieved on 17.0 percent more scheduled capacity than 2019. In addition, we saw another sequential improvement in load factors, with loads at nearly 89 percent for the quarter. The demand environment remained strong throughout the quarter, resulting in a total operating revenue increase of more than 28 percent as compared with 2019.

"Demand continues to outpace 2019. Forward bookings into the upcoming holiday season are tracking at higher loads and significantly higher yields than at this point in 2019. A new trend we are beginning to observe post-COVID is the increase in passengers combining business and leisure trips. A recent survey showed that nearly 15 percent of respondents were traveling for both business and leisure. Much of this travel happened in the traditional off-peak period of September, resulting in September TRASM1 20 percent higher than September of 2019 on 30 percent more capacity and a load factor improvement of 4.7 percentage points. As we move through the remainder of the year, this is a trend we will watch closely.

"Looking ahead to the fourth quarter, we tapered capacity a bit as a result of the impacts from Hurricane Ian. We expect scheduled capacity to increase roughly 15 percent year over three-year. Given the strong demand environment coupled with improvements in operations, we expect to expand margins, delivering a profitable fourth quarter. From a balance sheet perspective, we have total liquidity of roughly $1.2 billion. During the quarter, the team executed on the issuance of $550 million in senior secured notes, utilizing the proceeds to repay the Term Loan B. Additionally, we repaid the emergency relief loan received under the Coronavirus Aid, Relief and Economic Security (CARES) Act. Furthermore, our board of directors voted to remove the suspension on existing share repurchase authority with $54 million in authority remaining.

"In closing, I would like to thank our team members for all their hard work this quarter, particularly in regards to Hurricane Ian. The team swiftly came together to reposition aircraft, secure the operation, re-accommodate customers, and secure the property at Sunseeker Resort. As a result, we safely navigated the event and returned operations to normal as quickly as possible. Although we do expect a headwind to revenue resulting from Hurricane Ian during the fourth quarter, the impact was minimized due to the efforts of our team."

Allegiant Travel Company will host a conference call with analysts at 4:30 p.m. ET Wednesday, November 2, 2022 to discuss its third quarter 2022 financial results. A live broadcast of the conference call will be available via the Company's Investor Relations website homepage at http://ir.allegiantair.com. The webcast will also be archived in the "Events & Presentations" section of the website.

Allegiant Travel Company
Las Vegas-based Allegiant (NASDAQ: ALGT) is an integrated travel company with an airline at its heart, focused on connecting customers with the people, places and experiences that matter most. Since 1999, Allegiant Air has linked travelers in underserved cities to world-class vacation destinations with all-nonstop flights and industry-low average fares. Today, Allegiant's fleet serves communities across the nation, with base airfares less than half the cost of the average domestic round trip ticket. For more information, visit us at Allegiant.com. Media information, including photos, is available at http://gofly.us/iiFa303wrtF.

Under the safe harbor provisions of the Private Securities Litigation Reform Act of 1995, statements in this press release that are not historical facts are forward-looking statements. These forward-looking statements are only estimates or predictions based on our management's beliefs and assumptions and on information currently available to our management. Forward-looking statements include our statements regarding future airline operations, revenue and expenses, available seat mile growth, expected capital expenditures, the timing of aircraft acquisitions and retirements, the number of contracted aircraft to be placed in service in the future, our ability to consummate announced aircraft transactions, the implementation of a joint alliance with Viva Aerobus, the development of our Sunseeker Resort, as well as other information concerning future results of operations, business strategies, financing plans, industry environment and potential growth opportunities. Forward-looking statements include all statements that are not historical facts and can be identified by the use of forward-looking terminology such as the words "believe," "expect," "guidance," "anticipate," "intend," "plan," "estimate", "project", "hope" or similar expressions.

Forward-looking statements involve risks, uncertainties and assumptions. Actual results may differ materially from those expressed in the forward-looking statements. Important risk factors that could cause our results to differ materially from those expressed in the forward-looking statements generally may be found in our periodic reports filed with the Securities and Exchange Commission at www.sec.gov. These risk factors include, without limitation, the impact of Hurricane Ian on our Florida markets and completion of Sunseeker Resort, the impact and duration of the COVID-19 pandemic on airline travel and the economy, liquidity issues resulting from the effect of the COVID-19 pandemic on our business, restrictions imposed on us as a result of accepting grants and loans under the payroll support programs, an accident involving, or problems with, our aircraft, public perception of our safety, our reliance on our automated systems, our reliance on third parties to deliver aircraft under contract to us on a timely basis, risk of breach of security of personal data, volatility of fuel costs, labor issues and costs, the ability to obtain regulatory approvals as needed , the effect of economic conditions on leisure travel, debt covenants and balances, the ability to finance aircraft to be acquired, the ability to obtain necessary government approvals to implement the announced alliance with Viva Aerobus and to otherwise prepare to offer international service, terrorist attacks, risks inherent to airlines, our competitive environment, our reliance on third parties who provide facilities or services to us, the possible loss of key personnel, economic and other conditions in markets in which we operate, the ability to successfully develop a resort in Southwest Florida, governmental regulation, increases in maintenance costs and cyclical and seasonal fluctuations in our operating results.

The following table sets forth the computation of net income (loss) per share, on a basic and diluted basis, for the periods indicated (share count and dollar amounts other than per-share amounts in table are in thousands):

EBITDA and EBITDA, excluding recognition bonus and Hurricane Ian special charge, as presented in this press release, are supplemental measures of our performance that are not required by, or presented in accordance with, accounting principles generally accepted in the United States ("GAAP"). These are not measurements of our financial performance under GAAP and should not be considered in isolation or as an alternative to net income or any other performance measures derived in accordance with GAAP or as an alternative to cash flows from operating activities as a measure of our liquidity.

We define "EBITDA" as earnings before interest, taxes, depreciation and amortization. We also adjust EBITDA within this release to exclude the Hurricane Ian special charge and the recognition bonus. We caution investors that amounts presented in accordance with this definition may not be comparable to similar measures disclosed by other issuers, because not all issuers and analysts calculate EBITDA in the same manner.

We use EBITDA and EBITDA, excluding recognition bonus and Hurricane Ian special charge, to evaluate our operating performance and liquidity and these are among the primary measures used by management for planning and forecasting of future periods. We believe these presentations of EBITDA are relevant and useful for investors because it allows investors to view results in a manner similar to the method used by management and makes it easier to compare our results with other companies that have different financing and capital structures. EBITDA has important limitations as an analytical tool. These limitations include the following:

In addition to EBITDA as defined above, we have included a separate EBITDA as defined by certain credit agreements. This measurement of EBITDA adjusts for Sunseeker net loss, stock compensation expense, amortization of debt issuance costs, (gain)/loss on disposal of assets, tax provision - in excess of cash paid, special non-recurring items, and other items. 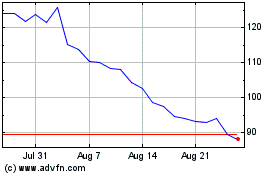 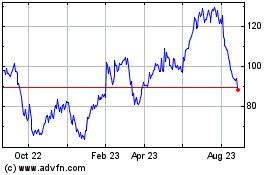 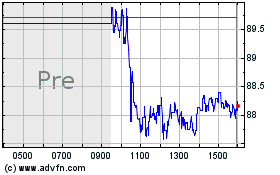