Alimera Sciences, Inc. (NASDAQ: ALIM) (Alimera), a pharmaceutical company that specializes in the development and commercialization of prescription ophthalmic pharmaceuticals, announces that ILUVIEN is now available in Finland for diabetic macular edema (DME) and non-infectious uveitis affecting the posterior segment (NIPU), and will be marketed by Alimera and distributed by Nordic Prime.

“Finland marks the first of the Nordic countries that we have now expanded into as part of our ongoing strategy to bring ILUVIEN to patients around the world suffering from retinal disease,” said Rick Eiswirth, Alimera’s President and Chief Executive Officer. “This launch adds yet another territory to our commercial footprint, with ILUVIEN now marketed in 13 countries.  ILUVIEN therapy delivers a daily treatment for up to three years, unlike competing therapies that are acute, short-term therapies that need to be reinjected into the eye every 1-3 months.  The durability of ILUVIEN can reduce the recurrence of symptoms in patients with DME and non-infectious uveitis affecting the posterior segment, and enable patients to see better, longer with fewer injections.”

ILUVIEN is a sustained release intravitreal implant indicated in several European countries for the treatment of vision impairment associated with chronic diabetic macular edema (DME) considered insufficiently responsive to available therapies and for prevention of relapse in recurrent non-infectious uveitis affecting the posterior segment of the eye (NIPU).

The Company’s primary product is ILUVIEN (fluocinolone acetonide intravitreal implant) 0.19 mg sustained release intravitreal implant, injected into the back of the eye. With its CONTINUOUS MICRODOSING™ technology, ILUVIEN is designed to release sub-microgram levels of fluocinolone acetonide, a corticosteroid, for 36 months, to reduce the recurrence of disease and number of treatments required, enabling patients to maintain vision longer with fewer injections. ILUVIEN is approved in the U.S., Canada, Kuwait, Lebanon and the U.A.E to treat diabetic macular edema (DME) in patients who have been previously treated with a course of corticosteroids and did not have a clinically significant rise in intraocular pressure. In 17 European countries, ILUVIEN is indicated for the treatment of vision impairment associated with chronic DME considered insufficiently responsive to available therapies. In March 2019, ILUVIEN received approval in the 17 countries under the Mutual Recognition Procedure for prevention of relapse in recurrent non-infectious uveitis affecting the posterior segment of the eye. The 17 European countries include the U.K., Germany, France, Italy, Spain, Portugal, Ireland, Austria, Belgium, Denmark, Norway, Finland, Sweden, Poland, Czechia, the Netherlands, and Luxembourg. The non-infectious posterior uveitis indication for ILUVIEN was launched in Germany and the U.K. in 3Q 2019. ILUVIEN is not approved for treatment of uveitis in the United States.

DME, the primary cause of vision loss associated with diabetic retinopathy, is a disease affecting the macula, the part of the retina responsible for central vision. When the blood vessel leakage associated with diabetic retinopathy results in swelling of the macula, the condition is called DME. The onset of DME is painless and may go unreported by the patient until it manifests with the blurring of central vision or acute vision loss. The severity of this blurring may range from mild to profound loss of vision. The Wisconsin Epidemiologic Study of Diabetic Retinopathy found that over a 10-year period approximately 19% of people with diabetes included in the study were diagnosed with DME. All people with type 1 or type 2 diabetes are at risk of developing DME.

Posterior segment non-infectious uveitis is a chronic, inflammatory disease affecting the posterior segment of the eye, often involving the retina, and is a leading cause of blindness in developed and developing countries. It affects people of all ages, producing swelling and destroying eye tissues, which can lead to severe vision loss and blindness. Patients with NIPU are typically treated with systemic steroids, which are effective, but over time frequently lead to serious side effects, ranging from acne, weight gain, sleep and mood disorders to hypertension and osteoporosis that can limit effective dosing. Patients then often progress to steroid-sparing therapy with systemic immune suppressants or biologics, which also can have severe side effects, including an increased risk of cancer and infection. As a result, there remains a significant need for new therapies with improved efficacy, tolerability, and safety profiles to manage this disease.

Alimera Sciences is a pharmaceutical company that specializes in the commercialization and development of prescription ophthalmic pharmaceuticals. Alimera is presently focused on diseases affecting the back of the eye, or retina, because these diseases are not well treated with current therapies and affect millions of people in our aging populations.  For more information, please visit www.alimerasciences.com.

This press release contains “forward-looking statements,” within the meaning of the Private Securities Litigation Reform Act of 1995, regarding, among other things, Alimera’s expectations with respect to sales in the Netherlands. Such forward-looking statements are based on current expectations and involve inherent risks and uncertainties, including factors that could delay, divert or change any of them, and could cause actual results to differ materially from those projected in its forward-looking statements. Meaningful factors which could cause actual results to differ include, but are not limited to, Alimera’s ability to successfully commercialize ILUVIEN in Finland and the general acceptance by patients and physicians of ILUVIEN to treat DME and posterior uveitis in Finland, Alimera’s ability to launch in more Nordic countries, as well as other factors discussed in the “Risk Factors” and “Management’s Discussion and Analysis of Financial Condition and Results of Operations” sections of Alimera’s Annual Report on Form 10-K for the year ended December 31, 2019 and Quarterly Reports on Form 10-Q for the quarters ended March 31, 2020,  June 30, 2020, and September 30, 2020, which are on file with the Securities and Exchange Commission (SEC) and available on the SEC’s website at www.sec.gov. 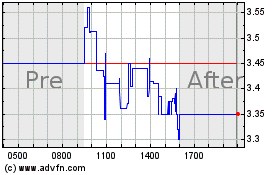