On August 22, 2022, Aerie Pharmaceuticals, Inc. (the “Company”) entered into an Agreement and Plan of Merger (the “Merger Agreement”) with Alcon Research, LLC, a Delaware limited liability company (“Parent”), and Lyon Merger Sub, Inc., a Delaware corporation and wholly owned subsidiary of Parent (“Merger Sub”). The Merger Agreement provides, among other things, and subject to the terms and conditions set forth therein, that Merger Sub will be merged with and into the Company, with the Company surviving as a wholly owned subsidiary of Parent (the “Merger”).

At the effective time of the Merger (the “Effective Time”), and by virtue of the Merger, each share of common stock, par value $0.001 per share, of the Company (the “Shares”) then outstanding (other than Shares held (i) by the Company (or held in the Company’s treasury) or (ii) by Parent, Merger Sub or any direct or indirect wholly owned Subsidiary (as defined in the Merger Agreement) of Parent or the Company, which, in each case, will be cancelled and retired and will cease to exist) will be converted into the right to receive $15.25 per Share in cash (the “Merger Consideration”), without interest and subject to any withholding of taxes.

If the Merger is consummated, the Shares will be delisted from The Nasdaq Global Market and deregistered under the Securities Exchange Act of 1934, as amended (the “Exchange Act”), at or after the Effective Time.

Conditions Precedent to the Merger

The consummation of the Merger (the “Closing”) is subject to certain conditions, including, but not limited to, (i) the approval and adoption of the Merger Agreement and the Merger by a majority of the outstanding Shares of the Company voting to approve and adopt the Merger Agreement and the Merger at the stockholder meeting (the “Company Stockholder Approval”), (ii) the absence of any temporary restraining order, preliminary or permanent injunction or final judgment, or law, regulation, or order promulgated, enacted, issued or deemed applicable to the Merger, by any governmental entity in any jurisdiction in which Parent or the Company has material business operations that prohibits or otherwise makes illegal the consummation of the Merger and (iii) the expiration or termination of any waiting period (or any extension thereof) applicable to the Merger under the Hart-Scott-Rodino Antitrust Improvements Act of 1976, as amended, and the rules and regulations promulgated thereunder. The parties expect the transaction to close following the receipt of all required regulatory and antitrust approvals and the satisfaction or waiver of the other Closing conditions.

acceptable confidentiality agreement, engage in or otherwise participate in discussions or negotiations with third parties with respect to a bona fide Acquisition Proposal that the Company Board has determined in good faith, after consultation with its financial advisors and outside legal counsel, could reasonably be expected to lead to a Superior Offer (as defined in the Merger Agreement).

investors should consider the information in the Merger Agreement in conjunction with the entirety of the factual disclosure about the Company or Parent and/or Merger Sub, as applicable, in their respective public reports filed with the Securities and Exchange Commission (the “SEC”). Information concerning the subject matter of the representations and warranties may change after the date of the Merger Agreement, which subsequent information may or may not be fully reflected in the Company’s or Parent’s public disclosures, as applicable.

This communication is for informational purposes only and is not intended to and does not constitute, or form part of, an offer, invitation or the solicitation of an offer or invitation to purchase, otherwise acquire, subscribe for, sell or otherwise dispose of any securities, or the solicitation of any vote or approval in any jurisdiction, pursuant to the proposed transaction or otherwise, nor shall there be any sale, issuance or transfer of securities in any jurisdiction in contravention of applicable law. 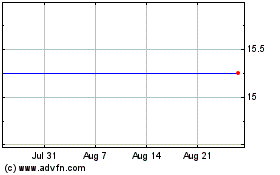 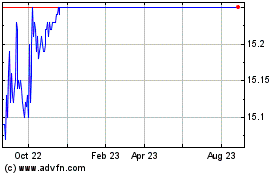 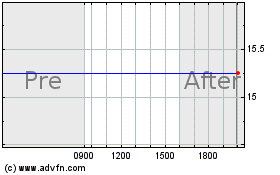