The Sonic Fund II, L.P. (“Sonic”), which beneficially owns approximately 6.8% of the outstanding common stock of Adverum Biotechnologies, Inc. (NASDAQ: ADVM) (the “Company” or “Adverum”), today announced that leading proxy advisory firm Institutional Shareholder Services Inc. (“ISS”), recommended that stockholders vote on the GREEN proxy card FOR Sonic’s three independent, highly qualified nominees (the “Nominees”) – Jean Bennett, Jodi Cook and Herbert Hughes – for election to the Company’s Board of Directors (the “Board”) at the upcoming 2021 Annual Meeting of Stockholders (the “2021 Annual Meeting”), which will be held on Wednesday, May 12, 2021.

Highlighting the pressing need for change on the Adverum Board, ISS emphasizes:1

Rejecting Adverum’s specious argument that Sonic is seeking “control” of the Company, ISS concludes the following:

In a section of its report entitled “Governance Games,” ISS critiques Adverum’s handling of this proxy contest:

Finally, in its summary of Adverum’s position, ISS notes the following, which appears to be new information that has not been previously disclosed, and which calls for immediate explanation to the market by the Company:

Commenting on the ISS report, Lawrence Kam, General Partner at The Sonic Fund II, L.P., said, “The report from ISS comprehensively validates our position that change is urgently needed at Adverum, not only to exercise proper oversight of the Company and restore independence to the Board, but also to regain investors’ confidence. Chair Machado has clearly exerted undue influence in the boardroom and cultivated a culture of poor governance that was exemplified by the Company’s desperate tactics in this proxy contest. We look forward to continuing to engage with stockholders around the election of our nominees, who ISS rightly recognizes are all fully independent, highly qualified and bring precisely the right experience needed on the Board.”

The situation at Adverum is clearly critical. Only immediate intervention by stockholders to improve the quality and independence of directors can counteract the undue dominance of the Chair who has now overseen three instances of wholesale stock price destruction that continually punish Adverum stockholders.

Sonic urges its fellow stockholders to vote today on the GREEN proxy card FOR all its independent, highly qualified director candidates – Jean Bennett, Jodi Cook and Herbert Hughes – for election to the Adverum Board of Directors to serve until the 2024 Annual Meeting.

If you have voted a white card from Adverum, a later-dated Green card will revoke that vote

If you have any questions or require any assistance with your vote, please contact Saratoga Proxy Consulting, LLC, which is assisting us, at its address and toll-free number listed on the following page. For more information, fellow stockholders can visit our website at https://www.saveadverum.com/investor-materials.

If you have any questions regarding your GREEN proxy card or need assistance in voting your shares, please contact

1 Permission to quote ISS was neither sought nor obtained. Emphasis added. 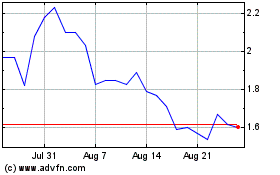 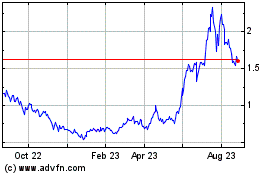 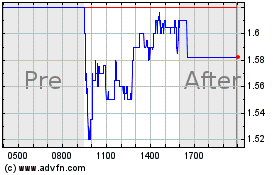