Following discussions with the Food and Drug Administration (FDA), Achieve has received feedback on the final Phase 3 clinical trial protocols and the cytisinicline clinical development program. Specifically, the FDA has agreed with the overall Phase 3 study designs that will utilize the simplified cytisinicline dosing schedule of 3.0 mg administered three times daily and the duration of 6 and 12 weeks of treatment. The FDA also agreed that the use of the newly-developed, single 3.0 mg cytisinicline tablet in the Phase 3 program was acceptable.

Minimal changes to the Phase 3 protocol were discussed and agreed upon by both Achieve and the FDA. No changes were required for the primary and secondary analyses. Achieve agreed to complete a second chronic toxicology study supporting the 12 weeks of treatment prior to initiating the Phase 3 program. The chronic toxicology study report is expected to be available and submitted to the FDA in the first quarter of 2020.

The FDA agreed that no further escalation in cytisinicline dosing beyond the 30.0 mg dose was necessary for defining a maximum tolerated dose, which is required for the New Drug Application (NDA).

"We are extremely appreciative of the collaborative and successful discussions with the FDA at the meeting and look forward to submitting the final non-clinical requirements and initiating the Phase 3 program in the first half of 2020," commented Dr. Cindy Jacobs, Chief Medical Officer of Achieve.

Achieve previously announced results of the Phase 2b ORCA-1 trial evaluating cytisinicline efficacy and safety across various dosing and administration schedules in 254 smokers in the United States. Topline results demonstrated a 54% abstinence rate at week 4 in the 3.0 mg three times daily (TID) cytisinicline arm compared to 16% for placebo (p < 0.0001). Additionally, for the 3.0 mg TID cytisinicline arm, a 4-week continuous abstinence rate, weeks 5 through 8, of 30% for cytisinicline was observed compared to 8% for placebo (p= 0.005). Continuous abstinence for 4 weeks is the relevant endpoint for regulatory approval and will be the primary endpoint in the planned Phase 3 trials.

Overall adherence to study treatment was greater than 94% across all treatment arms and 98% in the 3.0 mg TID arm, specifically. Cytisinicline was generally well-tolerated with no serious or severe adverse events (AEs) reported. Overall, in subjects treated with cytisinicline, all individual AEs reported were below a rate of 10%. Minimal rates of abnormal dreams, insomnia, upper respiratory tract infections, and nausea were reported compared with placebo.

Achieve plans to initiate the Phase 3 development program in 2020, subject to the availability of capital.  Additional information on cytisinicline and the ORCA program can be found at www.achievelifesciences.com.

About Cytisinicline
Tobacco use is currently the leading cause of preventable death and is responsible for more than eight million deaths annually worldwide1. It is estimated that 28.7% of cancer deaths in the U.S. are attributable to cigarette smoking2. Achieve's focus is to address the global smoking health epidemic through the development and commercialization of cytisinicline.

Cytisinicline is a plant-based alkaloid with a high binding affinity to the nicotinic acetylcholine receptor. It is believed to aid in smoking cessation by interacting with nicotine receptors in the brain by reducing the severity of nicotine withdrawal symptoms and by reducing the reward and satisfaction associated with smoking.

As an approved, branded product in Central and Eastern Europe for more than two decades, it is estimated that over 20 million people have used cytisinicline to help combat nicotine addiction.

About ORCA-1
ORCA-1 is the first in Achieve's ORCA (Ongoing Research of Cytisinicline for Addiction) Program, which aims to evaluate the safety and effectiveness of cytisinicline for smoking cessation and potentially other addiction indications. The study was designed to evaluate the declining titration schedule, currently utilized in Central and Eastern Europe, compared to a simplified TID schedule at both the 1.5 mg and 3 mg cytisinicline doses compared to placebo. ORCA-1 topline results were announced in June 2019 and enrolled 254 smokers at eight centers across the United States.

"ORCA" is a trademark of Achieve Life Sciences, Inc. 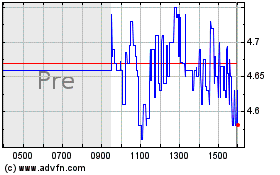