360 Finance, Inc. (NASDAQ: QFIN) ("360 Finance" or the "Company"), a leading digital consumer finance platform, today announced that 360 Group, one of its affiliates, acquired a 30% stake in Kincheng Bank of Tianjin Co., Ltd. (“Kincheng Bank”) making 360 Group the biggest shareholder of the bank. Upon completion of the deal, Kincheng Bank will become the third Chinese digital bank to be backed by an internet giant.

Kincheng Bank has long been a strategic partner of 360 Finance and the two companies have collaborated in areas such as technology and customer service. The deal will allow both parties to collaborate and realize greater synergies. 360 Finance’s leading technology in the fintech sector will be further bolstered by the comprehensive financial service offerings of Kincheng Bank, which has specific expertise and extensive experience serving medium, small and micro-sized companies. The collaboration should help 360 Finance to further lower funding costs, expand the customer base and increase the loans facilitated through the Company’s platform services.

Mr. Haisheng Wu, Chief Executive Officer and Director of 360 Finance, commented, “As a long-term and important strategic partner, we are excited to deepen our collaboration with Kincheng Bank. We believe this deal will allow us to generate greater operating synergies and further expand our financial ecosystem. It also showcases our determination to become the most respected fintech company in China in terms of planning for and staying ahead of regulatory compliance.”

As a result of the deal, 360 Finance continues to accomplish its goal of minimizing regulatory uncertainties by obtaining a comprehensive set of financial licenses, including for online micro-lending, financing guarantees, consumer finance, insurance brokerage and fund sales. The acquisition of Kincheng Bank also provides the Company with a banking license, which is one of the most difficult and valuable financial licenses in China to obtain.

Kincheng Bank of Tianjin was established in 2015 in Tianjin’s pilot free trade zone, and was among the first five private banks approved by China’s banking regulator as part of a pilot scheme to implement financial reforms related to the opening of the Chinese banking sector to private capital. 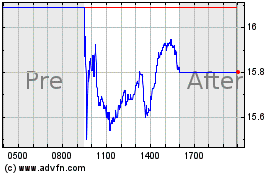