The U.S. dollar traded higher against its major counterparts in the Asian session on Thursday, after the U.S. Federal Reserve pushed forward its projections for the interest rate hikes and indicated that policymakers had started discussions about scaling back the bond purchase program amid receding risks from coronavirus.

The Fed's projections showed two quarter-point interest rate hikes for 2023, versus none in the March forecasts.

Seven officials penciled in a first hike as early as 2022.

The central bank raised its projections for inflation and economic growth and took initial steps to wind down the bond purchase program.

In his post-meeting press conference, Fed Chair Jerome Powell said reaching the standard of "substantial further progress" is still "a ways off" and stressed the central bank would provide "advance notice" before making any changes to its asset purchases.

The greenback reversed from its early high of 0.7047 against the kiwi and was worth 0.7102. The next likely support for the greenback is seen around the 0.73 level.

Looking ahead, the Swiss National Bank's monetary policy announcement will be out at 3:30 am ET. Economists widely expect the central bank to maintain policy rate at -0.75 percent.

Eurozone final CPI for May and construction output for April are set for release in the European session.

U.S. weekly jobless claims for the week ended June 12 and leading index for May will be published in the New York session. 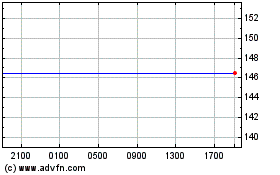