Vivendi (Paris:VIV) will propose the setting up of a governance structure for Universal Music Group (UMG) NV, which is expected to list its shares on the Euronext Amsterdam stock exchange on September 27, 2021 at the latest, consistent with the best policies and standards, treating all shareholders on an equal basis.

Subject to Tencent's and the members of its Consortium's approval, the following principles will be proposed by Vivendi:

Prior to the distribution of 60% of the UMG shares to Vivendi shareholders, the group is analyzing the opportunity of selling 10% of UMG shares to an American investor or initiating a public offering of at least 5% and up to 10% of UMG shares. Furthermore, Vivendi will retain 10% of the UMG share capital for a minimum period of two years in order to remain associated with the development of its subsidiary while benefiting from the protection of EU legislation applicable to parent companies and subsidiaries from different Member States.

Music publishing revenues grew by 6.9% at constant currency and perimeter compared to the first quarter of 2020, driven by increased subscription and streaming revenues.

Merchandising and other revenues were down 10.0% at constant currency and perimeter compared to the first quarter 2020, due to the continued impact of the COVID-19 pandemic on touring activity, which was not fully offset by improved retail and direct-to-consumer sales.

Since 2014, Vivendi has been focused on building a world-class content, media and communications group. In content creation, Vivendi owns powerful, complementary assets in music (Universal Music Group), movies and series (Canal+ Group), publishing (Editis) and games (Gameloft) which are the most popular forms of entertainment content in the world today. In the distribution market, Vivendi has acquired the Dailymotion platform and repositioned it to create a new digital showcase for its content. The Group has also joined forces with several telecom operators and platforms to maximize the reach of its distribution networks. In communications, through Havas. the Group possesses unique creative expertise in promoting free content and producing short formats, which are increasingly viewed on mobile devices. In addition, through Vivendi Village, the Group explores new forms of business in live entertainment, franchises and ticketing that are complementary to its core activities. Vivendi's various businesses cohesively work together as an integrated industrial group to create greater value. www.vivendi.com 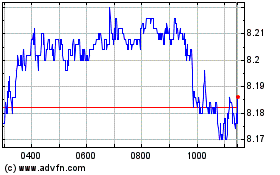