--Suez says it supports France-based Ardian's approach to shareholder Engie for a 29.9% stake in the waste-management company

Suez SA has backed private-equity firm Ardian's plan to launch a takeover bid for the company, the latest development in a story that this week saw Veolia Environnement SA increase its bid for Engie SA's shares in Suez as part of its plan to take over its rival.

"Both Suez's board of directors and its employee shareholders confirm their support for the letter of intent issued and made public today by Ardian in a press release, for the acquisition of a 29.9% stake of Engie's shares in Suez, and the all-cash takeover bid that would immediately follow for all Suez shareholders, under the same treatment conditions," the French waste-management company said Thursday.

The statement comes after France-based Ardian said it had informed Engie of its interest in acquiring a 29.9% stake in Suez from the energy company, adding that it wanted to form a consortium of mostly French private and public institutional investors to launch a friendly offer for Suez.

Engie welcomed the renewed offer, which values the stake at EUR3.4 billion, saying it was in line with expectations regarding price and social guarantees, and adding that it would make a decision by Oct. 5.

Suez has opposed the approach from Veolia, saying that the terms of the new offer are vague and don't guarantee the interests of shareholders and stakeholders.

The new bid from Veolia may, however, be too good to refuse for Engie, according to analysts at Jefferies. The 18-euro-a-share offer represents a 50% increase on Suez's share price on Aug. 28, just before the announcement of the initial bid, Jefferies said.

"We see the price offered by Veolia as very attractive and believe Engie will find it difficult to refuse, particularly given its ambitions to invest in green energy," Jefferies said.

The U.S. bank added that acceptance could lead to a friendly merger, given Veolia's concessions to Suez, including full employment in France and integration of Suez executives into the larger group. Veolia also promised to make a tender offer for the remaining 70.1% of Suez on a friendly basis. Suez has been holding out for Veolia to make an offer for 100% of the company.

It is unclear whether the EUR18 offered by Veolia for each Suez share would be a reference price in any subsequent tender offer for the remaining shares, Jefferies said.

Write to Joshua Kirby at joshua.kirby@dowjones.com 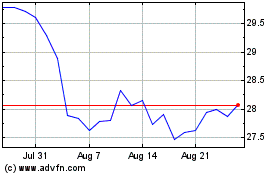 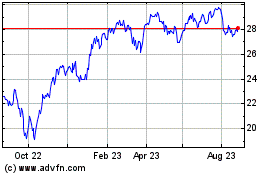 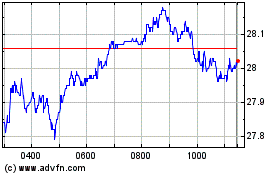