20 December 2021, 7:00am, Antwerp, Belgium: VGP NV (‘VGP’ or the ‘Group’), a European provider of high-quality logistics and semi-industrial real estate, announces that it has recently acquired two properties in Southern Germany.

The first project is located in Wiesloch/Walldorf, where VGP is developing together with Heidelberger Druckmaschinen AG (‘Heidelberg’) a modern, so-called “HEI-TECH” industrial park. In this context, the Group has acquired a further 80,000 m2 of land from Heidelberg. A corresponding purchase agreement was signed by both companies.

Together with the approximately 130,000 m2 already acquired in 2020, VGP anticipates developing an innovative, urbanistically sophisticated office and technology quarter in the Rhine-Neckar metropolitan region in close cooperation with Heidelberg. The first construction measures to redevelop the project in the HEI-TECH industrial park to VGP standards are to take place as early as 2022.

The second project is a business park on an area of around 20 hectares. It will become the second VGP Park in Bavaria, following the ongoing development in Parsdorf, Munich. The site is conveniently located in Nuremberg-South, with direct access to Autobahn A6. This area impresses with its strategic favourable location close to the city centre, already fully operational business parks and amenities nearby, and its excellent connection to public transport such as Underground U1, S-Bahn Fischbach, bus transport and convenient access to transport infrastructure with the Autobahn A73 and A9. This park benefits from anchor tenancy with Siemens, one of the largest German technology companies.

For Jan Van Geet, Chief Executive Officer of VGP, the purchase of these two properties is again an important milestone in the company's expansion: “With the acquisition of these assets at such unique locations, we continue to invest in the economically strong South of Germany.” He adds: “We believe in Heidelberg and Nuremberg, the future outlook for these two cities is extremely positive, and we much appreciate the trust that has been again placed in VGP.”

The Group operates in fifteen European countries and continues to invest in strategic land positions. In Europe, the company based in Antwerp, Belgium, now operates 94 parks.In addition to state-of-the-art technology, sustainability and energy efficiency are key parameters for the commercial properties developed by VGP.

The Group is committed to becoming carbon neutral by 2025 and driving sustainable building practices, including the aim for all new projects in the Group’s German portfolio to obtain a DGNB1 Gold certification (above the Group’s own minimum requirement of Silver certification) and for its roofs to support green electricity generation. All new developments from 2020 onwards are certified and the green power generation capacity of the VGP Renewable Energy division has been increased to 62.8 MWp, with a further 82.6 MWp in the pipeline.

The Group is also involved in charity with its own foundation. VGP Foundation, established in 2019, has so far identified 29 projects, focussing on social projects, nature conservation and cultural heritage, that have received over €7 million in funding.

VGP is a pan-European developer, manager and owner of high-quality logistics and semi-industrial real estate. VGP operates a fully integrated business model with capabilities and longstanding expertise across the value chain. The company has a development land bank (owned or committed) of 10.49 million m² and the strategic focus is on the development of business parks. Founded in 1998 as a Belgian family-owned real estate developer in the Czech Republic, VGP with a staff of circa 350 employees owns and operates assets in 12 European countries directly and through several 50:50 joint ventures. As of June 2021, the Gross Asset Value of VGP, including the joint ventures at 100%, amounted to € 4.48 billion and the company had a Net Asset Value (EPRA NTA) of € 1.51 billion. VGP is listed on Euronext Brussels (ISIN: BE0003878957). 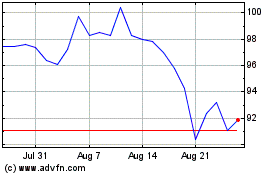 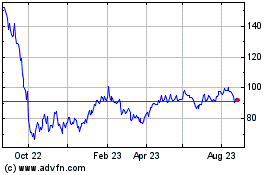 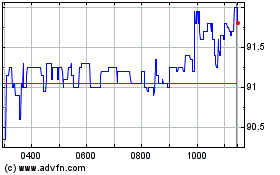