Frédérick Duguet, Chief Financial Officer, said "We delivered a slightly better than expected performance in the quarter, with notably outperformances from Rainbow Six Siege and the Assassin’s Creed brand. The past months have been very active, with the gameplay reveals of Mario Rabbids: Sparks of Hope and Skull and Bones. Players’ feedback for the reveal of The Division Resurgence and for the ongoing tests of Rainbow Six Mobile, The Division Heartland and XDefiant have been supportive.”

Yves Guillemot, Co-Founder and Chief Executive Officer, said "As our teams are intensely focused on delivering memorable experiences to players across platforms, business models and geographies, we continue to work on the richest pipeline in the Company’s history. We have an unprecedented opportunity to leverage the strength of our IPs to a significantly wider audience. The new high-value mobile partnership for one of our brands reflects the powerful appeal of our brands for the fast-growing AAA mobile segment. It also provides our teams with more time to fully realize their creative vision and deliver high-quality experiences for our fans, while at the same time increasing our visibility for both 2022-23 and 2023-24.”

Yves Guillemot concluded “As we concentrate on unlocking the value of these initiatives, we are simultaneously adapting our organization to current economic uncertainties through cost optimization. We are also working hard to design the most efficient working conditions to ensure both flexibility for our teams as well as strong productivity and high-quality content. We are confident that we are entering a multi-year cycle of significant topline and operating income growth.”

Tom Clancy’s Rainbow Six Siege performed ahead of expectations. The team has been hard at work to deliver very ambitious Year 7 content, translating into a stabilization of PRI thanks to a very strong DARPU and Battle Pass conversion.

The Assassin’s Creed brand also performed ahead of expectations on the back of a strong quarter from Odyssey, Origins and Valhalla. We saw a significant uptick in overall engagement, with double-digit active player growth versus last year as players were excited by the beginning of the campaign for the 15th Anniversary of the brand. This campaign will be marked by a series of celebrations for the community throughout the summer that will lead to the unveiling of the future of Assassin’s Creed in September during a very special event.

Roller Champions™ has been well received by players for its fun and dynamic gameplay. On both retention and revenues KPIs, Roller Champions is tracking ahead of Hyper Scape™.

Ubisoft showcased Mario + Rabbids: Sparks of Hope, set to release on October 20th, with a first glimpse into its gameplay. The community applauded the tactical aspect of the game, and Gamespot described the upcoming game as “primed to surprise players all over again, with a greater degree of flexibility and more Mario like mechanics”. The community is eagerly awaiting its launch which is one of the most anticipated Nintendo Switch releases this year.

Skull and Bones also made its comeback with an extended gameplay walkthrough. The core strength of the game revolves around its unique combination of a gritty pirate fantasy, dynamic and action-packed naval combat as well as multiplayer features, based on both co-op and PvP, that will allow players to have memorable moments with friends. The game will release on November 8th.

On free-to-play, we revealed Tom Clancy’s The Division: Resurgence the upcoming mobile title in the brand’s universe. Built from the ground up on mobile, the game will be based on an independent storyline and stay true to the brand DNA with a vast open world in a very detailed urban environment with stunning graphics for the platform. With this title, we are bringing The Division franchise to a significantly larger audience. Initial player reception has been very positive.

The quarter was also very active on the other Free-to-Play initiatives as different testing phases for XDefiant, Tom Clancy’s Rainbow Six Mobile and The Division Heartland took place around the world. Player feedback was supportive throughout these respective tests which will continue over the coming months.

Avatar: Frontiers of Pandora will now release in 2023-24. We are committed to delivering a cutting-edge immersive experience that takes full advantage of next-gen technology, as this amazing global entertainment brand represents a major multi-year opportunity for Ubisoft.

We also decided to release in 2023-24 a smaller unannounced premium game, originally slated for 2022-23.

While this additional development time is a reflection of the current ongoing constraints on productions across the industry, we are hard at work to design the most efficient working conditions to ensure both flexibility for our teams as well as strong productivity while delivering the best experiences to players.

Ubisoft Forward will return on September 10th, with updates and news on multiple games and projects from our teams around the world.

APPROVAL OF ALL RESOLUTIONS AT UBISOFT’S ANNUAL GENERAL MEETING

Ubisoft’s shareholders approved all the resolutions on the agenda for its Annual General Meeting early July with approval rates above 95%. The vote notably led to the appointment of Claude France as independent director, who brings her expertise in technology, both in cloud and online services, as well as her experience working in international multi-cultural environments. With this appointment, the Board returns to an absolute majority of independent directors, reaches 45% women, and includes three employee-representatives.

Note The Group presents indicators which are not prepared strictly in accordance with IFRS as it considers that they are the best reflection of its operating and financial performance. The definitions of the non-IFRS indicators are appended to this press release.

Net bookings for the second quarter of 2021-22 are expected to come in at around €270 million.

Ubisoft will hold a conference call today, Thursday July 21, 2022, at 6:15 p.m. Paris time/5:15 p.m. London time/12:15 p.m. New York time. The conference call will take place in English and can be accessed live and via replay by clicking on the following link:

DisclaimerThis press release may contain estimated financial data, information on future projects and transactions and future financial results/performance. Such forward-looking data are provided for information purposes only. They are subject to market risks and uncertainties and may vary significantly compared with the actual results that will be published. The estimated financial data have not been audited by the Statutory Auditors. (Additional information is provided in the most recent Ubisoft Registration Document filed on June 14, 2022 with the French Financial Markets Authority (l’Autorité des Marchés Financiers)).

About UbisoftUbisoft is a creator of worlds, committed to enriching players’ lives with original and memorable entertainment experiences. Ubisoft’s global teams create and develop a deep and diverse portfolio of games, featuring brands such as Assassin’s Creed®, Brawlhalla®, For Honor®, Far Cry®, Tom Clancy’s Ghost Recon®, Just Dance®, Rabbids®, Tom Clancy’s Rainbow Six®, The Crew®, Tom Clancy’s The Division®, and Watch Dogs®. Through Ubisoft Connect, players can enjoy an ecosystem of services to enhance their gaming experience, get rewards and connect with friends across platforms. With Ubisoft+, the subscription service, they can access a growing catalog of more than 100 Ubisoft games and DLC. For the 2021–22 fiscal year, Ubisoft generated net bookings of €2,129 million. To learn more, please visit: www.ubisoftgroup.com.

© 2022 Ubisoft Entertainment. All Rights Reserved. Ubisoft and the Ubisoft logo are registered trademarks in the US and/or other countries.

Net bookings corresponds to sales restated for the services component and including unconditional amounts related tolicense or distribution agreements recognized independently of the achievement of performance obligations.

Breakdown of net bookings by platform

1 Sales at constant exchange rates are calculated by applying to the data for the period under review the average exchange rates used for the same period of the previous fiscal year. 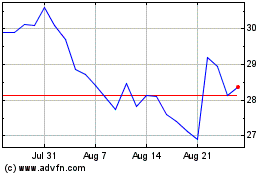 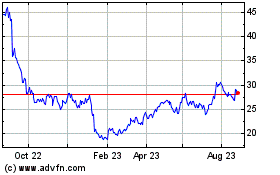 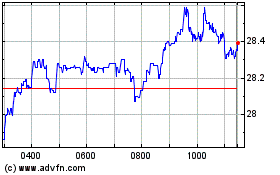