Paris, 29 July 2021 - Aramis Group, a European leader in online sales of used cars operating the Aramisauto, Cardoen, Clicars and CarSupermarket brands, in France, Belgium, Spain and the United Kingdom respectively, published today revenue figures for the third quarter of 20211, which ended on 30 June 2021.

Nicolas Chartier and Guillaume Paoli, co-founders and respectively Chairman and CEO and Deputy CEO of Aramis Group declared:“The Group’s performance in the third quarter was extremely positive. Our remarkable growth was driven by very strong trends in the B2C segment, and particularly in our refurbished used car activity, which is at the heart of the Group’s profitable growth strategy. All countries in which the Group operates saw very solid double-digit growth and the integration of CarSupermarket in the United Kingdom is proceeding as planned. We are also continuing our efforts to ensure constant improvements in the customer experience, such as the introduction of car delivery in less than 24 hours in France and Spain. Despite continued uncertainty on the sanitary situation, our outlook remains positive and we confirm all our targets for FY2021.”

Revenue was €377.5 million2 in the third quarter, representing an increase of 68% relative to the third quarter ended 30 June 2020 on a combined basis. This excellent performance was driven by the strength of B2C sales of refurbished used cars and a solid showing in all the Group’s geographies.

Breakdown of revenue by segment

The Group’s performance was boosted in particular by very strong growth in the segment of refurbished used cars for private buyers (B2C). The Group posted growth of 116% in this segment over the third quarter, relative to the third quarter ended 30 June 2020 on a combined basis, driven by an increase of the Group’s sourcing and refurbishment capacities as well as successful online and offline marketing campaigns in all the group geographies. The pre-registered car segment grew by 20% despite a challenging new car market. The B2B and Services segments saw growth of 102% and 134% respectively across all the Group’s national markets.

Breakdown of revenue by country

The Group saw exceptional growth in all its four geographies.

In France, the Group returned solid growth of 32% over the third quarter, with revenue of €194.9 million. This good performance came in part from the strong market for B2C refurbished cars and productivity improvements in its refurbishment centre. In addition, the Group continued to gain market share in the B2C pre-registered cars segment, despite a challenging new car market.

In Spain, the Group recorded an exceptional performance, with growth of 418% compared to the same period in 2020, taking revenue to €57.8 million in the third quarter. This performance allowed the Group to consolidate its leading position in this market, which is the 5th biggest in Europe. This level of growth has been achieved thanks to high-quality marketing campaigns, diversified supply that is well-adapted to its customers’ demands and the extension of its refurbishment capacity.

In the United Kingdom, the Group generated revenue of €75.0 million, representing growth of 94% relative to the third quarter of 2020. Number 1 European market in size for B2C used car, the UK market remains highly attractive and the integration of CarSupermarket is proceeding as planned with already visible achievements. A new Finance Director has recently joined the team and working methods continue to be harmonised, allowing the Group to improve the productivity of its refurbishing centre. The Group has also increased its refurbishment capacity and launched marketing campaigns to boost CarSupermarket brand and sales.

In Belgium, revenue was €49.8 million in the third quarter, representing an increase of +78% on 2020. This solid growth was driven by the strong refurbished cars sales performance. As in France, the Group also gained market share in the B2C pre-registered cars segment, despite pressure on the market.

Over the quarter, the Group successfully continued to deliver on its profitable growth strategy. It notably implemented several initiatives to increase traffic on its websites (+71% growth compared to Q3 2020) and improve its brands recognition, including strengthened media investments and new TV campaigns in Belgium and Spain.

Aramis Group leveraged its digital know-how to improve its sourcing and refurbishing capacities by strongly accelerating C2B procurement and using artificial intelligence to improve productivity in its industrial sites. The Group has also been extending its refurbishment site in Villaverde, near Madrid, in Spain.

To further increase customer conversion and satisfaction, Aramis group also implemented several initiatives. It notably launched next-day delivery in France and Spain and extended its return-or-money-back guarantee in France from 15 to 30 days.

Aramis Group is confirming all its targets for the fiscal year ending on 30 September 2021, announced in the context of its initial public offering, provided that the health crisis does not further disrupt current business levels. Aramis Group aims for organic revenue3 to be above €1.25bn and for an EBITDA4 margin of between 2.7% and 2.9%.

Aramis Group is also confirming all its mid to long term targets presented at the IPO.

Aramis Group is a leading European B2C platform to acquire a used car online and brings together four brands: Aramisauto, Cardoen, Clicars and CarSupermarket, in France, Belgium, Spain and the UK respectively. The Group is transforming the used car market and is putting digital technology at the service of customer satisfaction with a fully vertically integrated business model. Including CarSupermarket contribution, in FY2020, Aramis Group had pro forma revenues of c.€1.1 billion, sold 66,000 vehicles B2C, and had 1,400 employees, 60 customer centres and 3 industrial refurbishing sites. The Group's websites recorded 20M visits in Q3 FY2021. Aramis Group is listed on compartment A of the Euronext Paris stock exchange (Ticker: ARAMI – ISIN: FR0014003U94). For more information, visit www.aramis.group.

Certain information included in this press release are not historical facts but are forward-looking statements. These forward-looking statements are based on current beliefs, expectations and assumptions, including, without limitation, assumptions regarding present and future business strategies and the environment in which Aramis Group operates, and involve known and unknown risks, uncertainties and other factors, which may cause actual results, performance or achievements, or industry results or other events, to be materially different from those expressed or implied by these forward-looking statements. These risks and uncertainties include those discussed or identified under Chapter 3 “Facteurs de Risques” in the Registration Document dated 25 May 2021, approved by the AMF under number I. 21-024 and available on the Company’s website (www.aramis.group) and the AMF’s website (www.amf-france.org). These forward-looking information and statements are not guarantees of future performances.

Some of the financial information contained in this press release is not directly extracted from Aramis Group’s accounting systems or records and is not IFRS (International Financial Reporting Standards) accounting measures. It has not been independently reviewed or verified by Aramis Group’s auditors.

This press release does not contain or constitute an offer of securities for sale or an invitation or inducement to invest in securities in France, the United States or any other jurisdiction. 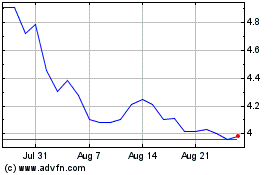 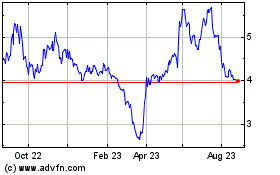 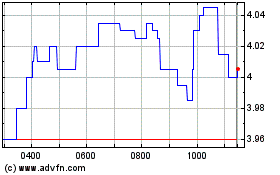