Companies are expected to raise spending over the next few years on technology designed to power data-processing tools installed directly on factory-floor machinery, cellphone towers, train-track signals or store-checkout hardware -- instead of in a data center.

The goal of edge computing is to improve the performance of production and service applications by processing data where it is being generated and apply it at lightning speed. The rapid growth of edge computing across industries comes as digitized functions and processes spew massive amounts of data, which is increasingly stored and processes in the cloud, analysts say.

"With so much data, we have to get it closer to where it's needed," Red Hat Chief Executive Paul Cormier said. "You can't always take the time on a factory floor to push all that data down the line; you need it right on the production line to make very quick decisions," he said.

Companies world-wide are on pace to spend $240.6 billion on edge computing through 2024, investing in hardware, software and services, at a compound annual growth rate of more than 15%, according to the latest forecast by tech industry research firm International Data Corp.

Beyond big data, the race to install edge capabilities is also accelerating alongside the growth of the Internet of Things, a network of connected equipment and other devices used in manufacturing or retail sales, among other sectors.

Industrial giants such as General Electric Co., Siemens AG and Robert Bosch GmbH are using edge-computing technology to optimize production-line machines in real time. Typically powered by artificial intelligence, edge-computing systems parse production data at the source and make tiny near-instantaneous tweaks, such as adjusting the electrical current load in welding robots or the force applied by a machine press.

Likewise, energy companies have used edge tools to improve analysis at oil-and-gas wells, and retailers have applied it to enhance remote checkout services.

"Like the cloud before it, edge is fueling the next wave of innovation, enabling organizations to automate operations, create rich customer experiences, and bring new products and services to market," said Dave McCarthy, IDC's vice president of cloud and edge Infrastructure services.

Mr. McCarthy said the spending trend offers a fertile area of growth for cloud-service providers, such as Amazon.com Inc.'s Amazon Web Services, Microsoft Corp.'s Azure and Alphabet Inc.'s Google Cloud -- all of which have unveiled edge-computing tools in recent years: "By extending their cloud platforms to distributed edge locations, cloud service providers can address a wider set of use cases than previously possible," he said.

Alstom SA, a France-based rail transportation manufacturer that provides signaling for major North American railway routes, says it plans to boost spending on edge computing in the year ahead.

Among other functions, the devices exchange real-time data to route trains via trackside signals, while predicting and flagging track maintenance needs, without bouncing data back to a core server, the company says.

"The information synthesized is used to automatically alert operations and maintenance teams to conditions that may require attention," said Emilio Barcelos, product manager at Alstom who covers wayside intelligence and analytics. He added that the aim of its edge strategy is to improve safety and efficiency.

"About half of our clients doing edge are doing it for the bottom line -- automate, reduce costs, improve efficiency," said Thomas Bittman, distinguished research vice president at information-technology research and consulting firm Gartner Inc. The other half, he added, are looking to leverage edge technology for new revenue opportunities. The second half is growing the fastest, he said.

Mr. Bittman said most companies are applying edge computing to areas in which a real-time response is required, where a lot of data is being generated and cannot easily or cheaply be transferred back and forth, or for semi-automated functions. Many are approaching edge computing as an extension of their cloud strategies, he added.

Gartner expects companies world-wide to spend roughly $332 billion on cloud services by the end of the year, up from $270 billion in 2020, or about 23%.

Write to Angus Loten at angus.loten@wsj.com 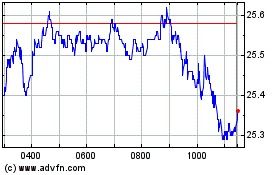