New bookings up 42%, and record half year with €3.04 million in new Annual Recurring RevenueUnited States – a new growth driver with 58% of total new bookingsStrong increase in Order-to-Cash SaaS revenue to +19%Double-digit growth in revenue to +11%Inflation generating solid pricing power for Order-to-Cash solutions

“Sidetrade has just delivered the best half year in its history, surpassing all previous records in new bookings and revenue for our Order-to-Cash Activities.

“The abrupt return of inflation, multiple hikes in interest rates and salary increases create a growing need among businesses worldwide for solutions that secure and accelerate cash flow generation. Parallel to this, the recognition of Sidetrade by Gartner® as one of three global Leaders for Integrated Invoice-to-Cash applications raises the Group’s international profile and confirms the relevance of investments in Artificial Intelligence. The recent commercial successes of Sidetrade clearly demonstrate this technological edge. This half-year also marks the one-year milestone since our successful arrival in the United States and validates our offensive strategy for North America. Less than a year after kick-starting our US operations, Sidetrade has already achieved more than half its new bookings in the region by winning large contracts in preference over its two main American competitors.

“Now we know that we have what it takes to become firmly established in this region and the gradual ramp-up in our sales and marketing teams will quickly cement Sidetrade’s position as one of three leaders in the world’s number one market. The United States already represents a robust growth driver, and the start of a change in scale for Sidetrade is now underway.”

New bookings up 42% and record half year with €3.04 million in new Annual Recurring RevenueIn H1 2022, Sidetrade set a record for Order-to-Cash SaaS orders, which will generate an additional €3.04 million in Annual Recurring Revenue (“ARR”), compared with €2.14 million in H1 2021; a +42% increase. The total value of these new subscription contracts over their initial contract periods (excluding renewals and services) represents €9.95 million of Total Contract Value (“TCV”) in H1 2022 versus €6.32 million in H1 2021, a +57% increase.

To these SaaS bookings should be added €1.77 million of services on an annual basis (implementation, configuration, training, recurring services, etc.), compared with €1.37 million in H1 2021, a +29% increase. In total and considering that almost all of these services will be invoiced over the next twelve months, H1 2022 enables Sidetrade to add the equivalent of €4.81 million in Annual Contract Value (“ACV”) compared to €3.51 million in H1 2021; a +37% increase.

The initial contract period for new customers (excluding renewals) rose to 44 months, compared with 36 months in the previous fiscal year. This length of contract period illustrates outsourcers’ trust in Sidetrade solutions and increases visibility over future revenue. It should be noted that as with all existing contracts, these new contracts include an annual automatic price reindexation clause based on changes in price indices for the relevant country.

United States – a new growth driver with 58% of total new bookingsIn H1 2022, international orders represented more than 74% of all bookings, driven by unprecedented momentum in sales with world-leading organizations.

Sidetrade outperforms its targets in North AmericaOne year after operations were launched in North America, Sidetrade is outperforming its targets (to achieve more than one-third of its bookings in the region by H2 2022) and already reports 58% of new bookings in the United States which include exceptional contracts signed with large American corporations such as a strategic IT services giant in Q1 2022 (see press release here) and Insight Enterprises in Q2 2022.

1/ The Order-to-Cash market is extremely buoyant worldwide, particularly in the United States. The market is worth an estimated $10 billion the world over and is fast developing with less than 10% of companies supplied. It is boosted by the inflationary environment, the rising cost of cash, and recruitment difficulties. Order-to-Cash solutions, which aim to accelerate cash flow by reducing payment delays and generate productivity gains for back-office activities, are becoming a top priority for finance departments.

2/ Sidetrade’s technological edge in Artificial Intelligence has proved its worth versus its two main US competitors. The efficiency of Sidetrade’s algorithms is based on the Sidetrade Data Lake– never-before-seen in the market – which aggregates more than $4.6 trillion in B2B transactions with an analysis of 640 million payment experiences from 21 million buying companies worldwide (see press release here). As a result, Sidetrade provides customers with predictive payment models and collection strategies adapted to the end customer. In early April 2022, Sidetrade was recognized as one of three global Leaders in the Gartner® Magic Quadrant™ for Integrated Invoice-to-Cash applications, significantly expanding the Group’s reach among American key accounts and strengthening its presence in more tenders.

3/ Sidetrade is staying on the offensive with its strategy to quickly become a key player in Order-to-Cash solutions across North America. In less than a year, Sidetrade has built an experienced sales team (16 people to date), focusing on the recruitment of Order-to-Cash professionals. The US team is ramping up and will double its capacity over the next 12 months. To support this momentum, Sidetrade has implemented an ambitious strategy for recruitment and resources by deciding to:

This offensive strategy is already producing results which will be strengthened in the months ahead.

Overall, in H1 2022, bookings by new customers (“New Business”) benefited from the success in the United States and accounted for 68% of the total versus 55% on average in recent quarters.Cross-selling represents 13% of total new bookings, with the remaining 19% of bookings accounting for Upselling of additional modules to existing customers.

2022 information is from consolidated, unaudited data.

‘Order-to-Cash’ Activities grew very sharply to +17% in H1 2022, driven by 19% growth in SaaS subscriptions. The growth in this recurring revenue is the result of record bookings in the 2021 fiscal year, which will continue to impact revenue growth throughout the 2022 fiscal year.

‘Order-to-Cash’ Activities, a core business within the Company’s strategy since 2019, now represent 97% of total revenue.

In addition, ‘Sales & Marketing’ Activities have become secondary to Sidetrade’s activities. They now account for only 3% of total revenue in this half year and will continue to play a less prominent role commercially, with estimated revenue of €0.9 million at end-2022.

Total revenue grew by 11% in H1 2022, to €17.8 million. This performance is supported by solid growth drivers in international markets which now represent 51% of total revenue, including 21% for North America.

Businesses must be prepared to respond to the inflationary environmentBusinesses face a twofold challenge: consolidate their cash reserves in an inflationary environment and generate productivity gains to address salary increases and recruitment difficulties. This trend is expected to continue over the next 12 to 24 months with an increased risk of future recession, notably linked to multiple hikes in interest rates. In this context, the management of operating working capital, and particularly accounts receivable, is a major challenge for businesses.

Sidetrade’s model meets the challenges of the global marketThe return on investment for Sidetrade customers is directly proportional to the cost of cash made available by the “Augmented Cash” platform and the expected productivity gains.

Sidetrade’s economic model provides its business with significant resilience, as 90% of its revenue is recurring, representing a significant advantage in the current and future environment. All of these multi-year contracts are indexed to inflation (the Syntec for Southern Europe, the UK CPI for Northern Europe and the US CPI for the United States), which alters the total price of SaaS subscriptions each year by reference to changes in these price indices.

On the back of its H1 2022 performance, the Group’s management is confident in Sidetrade’s ability to deliver double-digit growth in the 2022 fiscal year.

Next financial announcement2022 First Half Year Result: September 20, 2022, after the stock market closes

In the event of any discrepancy between the French and English versions of this press release, only the French version is to be taken into account. 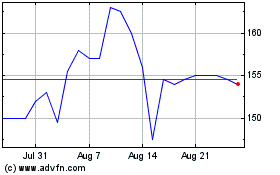 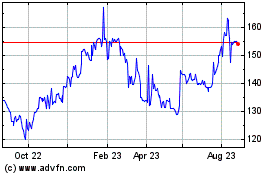 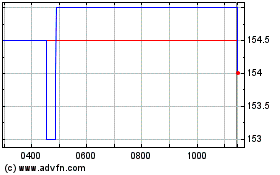