Airbus SE and Air France will have to stand trial for "involuntary homicide" over a 2009 air crash that killed all 228 people on board, a spokesman for the Paris Appeals Court told The Wall Street Journal.

Flight AF447 plunged into the Atlantic Ocean en route from Rio de Janeiro to Paris in June 2009 after stalling during a thunderstorm and the wreck was only discovered on the ocean bed in 2011.

The families of the victims had filed a suit against Air France, a unit of Air France-KLM, and Airbus, which made the A330 wide-bodied jet that went down.

Airlines are automatically liable for damages in case of death or injury under the 1999 Montreal Convention governing airlines' liability toward their passengers for accidents, according to the International Air Transport Association industry body.

A spokesman for Air France said the airline would appeal the decision before the Court of Cassation, France's highest appeals court, while Airbus also plans to appeal. 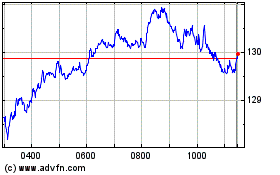