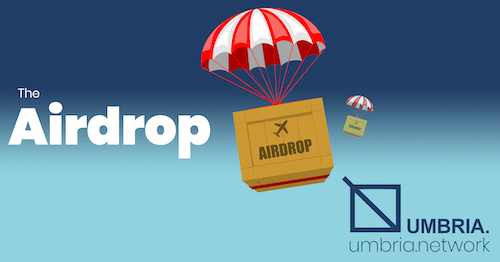 Decentralised Finance (DeFi) protocol Umbria is airdropping 100,000 of its governance utility tokens to its users.

Umbria (https://umbria.network/), an open-source project on a mission to demystify and simplify DeFi and get people earning income on their crypto, will be rewarding eligible crypto enthusiasts with its tokens. Holders of UMBR tokens - available on Uniswap - or UMBR-ETH Liquidity Pool tokens (tokens issued for adding liquidity to the UMBR-ETH pool on decentralized cryptocurrency exchange Uniswap) on March 1st, 2021 will be able to participate in the airdrop. They will need to have a Metamask wallet.

UMBR and UMBR-ETH LP holders (minimum 100 UMBR or 2 UMBR-ETH LP) simply have to visit airdrop.umbria.network and press the "Claim Airdrop" button to get their share of the airdrop. The tokens will then be distributed directly into their Metamask wallets on April 2nd, 2021. The airdrop will be on chain facilitated by Ethereum Smart Contracts.

Users of the Umbria platform will soon be able to swap tokens and earn interest on their cryptocurrency positions on the Umbria website with other facilities coming online which will utilise the Umbria protocol and its utility token. UMBR tokens will give holders the ability to shape the future of the Umbria ecosystem itself.

"The Umbria project is a collective effort, which is already gaining good traction and seeing a lot of interest," said Oscar Chambers, Co-Lead Developer at Umbria. "This first airdrop is a great way to reward existing participants and encourage more early adoption of Umbria, which will hopefully be a steppingstone to unlocking the mass adoption of DeFi."

View the Litepaper or head over to the Umbria Discord channel, Telegram, Twitter, Facebook, Bitcointalk or LinkedIn pages to find out more about the project.

Umbria is a layer 3 decentralized protocol, which enables DeFi (Decentralised Finance) applications on the Ethereum blockchain. It aims to demystify and simplify DeFi and get people earning income on their crypto. On the Umbria network, anyone will gain access to a developing suite of services created by smart contracts.

You can buy UMBR on UniSwap and add liquidity to earn fees. A user of Umbria will soon be able to swap tokens and earn interest on their cryptocurrency positions on the Umbria website with other facilities coming online (via developers and community initiatives) which will utilise the Umbria protocol and its utility token. One of the initial features of Umbria is that it will allow users to deposit cryptocurrency as liquidity in AMM (automated market making) pools to earn fees from token swapping and earn additional Umbria as an incentive for providing liquidity. The Umbria governance token will also allow users in the network to take control over decision-making and have voting power over the development of Umbria's protocol. 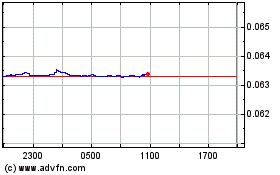