123.47
-1.86 (-1.48%)
Real-Time
Market Open
123.47
Making Room for Crypto in Charity
December 08 2021 - 01:42AM
NEWSBTC
With the exponential growth of blockchain, the world is finally witnessing the use cases of cryptocurrency and blockchain technology for social causes and non-profit organizations. There has been a positive movement within the space as several projects have begun donating portions of their revenue to charity. However, there are very few direct connections between blockchain projects and nonprofit organizations that can actually benefit from the transparent technology. As a solution, Baby Santa, a DeFi protocol, is making it possible for investors and organizations alike to donate to charities via crypto. With features like convenience, transparency, and transaction speed, the platform aims to offer a gateway for investors to give back by donating to charity while earning through staking on their platform, thus becoming a new form of income for charities. How is Crypto Helping Fundraise for Charities? According to the Association of Fundraising Professionals (AFP), charity donations fell by 6% in 2020, resulting in a massive loss of revenue. Despite that, there has been a 17.2% rise in online fundraising compared to the prior year. Integrating blockchain and crypto with charitable fundraising has further expanded the means by which organizations can collect funds. It has also offered a transparent medium for donations that instill trust in both the giver and the receiver. Several organizations have started accepting donations in Bitcoin, Ether, stablecoins, as well as other digital currencies. Further, decentralized applications are now creating direct channels to contribute to social causes. With over $150 billion invested in this space, more initiatives seek methods to further the charity-in-crypto movement. NFTs have recently become a frontier for fundraising, offering more than a direct monetary donations. There have been several recent instances where NFTs have been utilized to raise funds for charitable organizations. In March 2021, the Open Earth Foundation received $6 million from the sale of Beeple’s NFT for charitable artwork. This altruistic movement has made tremendous progress, providing the charity sector with transparency, inclusion, and a worldwide presence. There are, however, a few issues that continue to plague the charity sector. Existing Challenges in the Industry One of the primary issues with crypto charity is the lack of belief that money will reach the cause. There have been countless cases where donations gathered through the crypto funding platforms have not reached the intended recipient but instead have ended up in the wrong hands. For example, members of the FaZe Clan were suspended following charges that their ‘Save the Kids’ cryptocurrency was a hoax. And despite being endorsed by popular influencers, the token was subject to a rug pull. Another challenge that confronts the charity tokens is the source of fund verification. Since cryptocurrency transactions are designed to be secret, it is difficult for highly reputable charities to verify the source funds received. This would create problems for organizations if the funds are received from unknown or malicious sources. Baby Santa Simplifies the Crypto Charity Process Baby Santa is a DeFi protocol focused on helping the less fortunate. The native cryptocurrency of the platform is the Baby Santa Token which is aimed to encourage the healthy development of charitable utility. The idea behind Baby Santa is to provide value to the needy while also motivating investors and users of the platform to donate more. Baby Santa will act as a revenue-generating system where profits can be distributed to the needy. The project goes beyond that and also seeks to benefit its investors by enabling investors to earn a secondary form of income in the form of BUSD rewards. Holders will also have the option to compound earnings through Baby Santa’s Workshop Pools. It will also collect staking funds from staking tax and buybacks that will be distributed to the users who have staked their tokens. Baby Santa will hold a 12 day of Christmas NFT lottery where users will be chosen by minting a seasonal NFT at the Nutcracker NFT Mint Event. The proceeds from this NFT mint will be donated to organizations and social causes that most need it. Furthermore, Baby Santa will have NFTs minted under the names of different regions, and the funds raised from these NFTs will be donated to causes specific to those regions. Going beyond that, the platform will have a merchandise store whose proceeds will go to those in need. Even clothing collections will be made with seasonal themes, promoting the project and empowering the charity programs, which will be active throughout the year. Moving Toward a More Charitable Future Charitable intent was never something simple, as there have regularly been challenges caused by a lack of trust and transparency. However, the introduction of blockchain and crypto philanthropy has shown some promising outcomes. Baby Santa promises to be the gift of giving, spreading the Christmas spirit all year long.
Compound (COIN:COMPUSD)
Historical Stock Chart
From Dec 2021 to Jan 2022 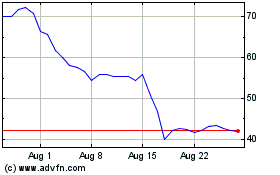 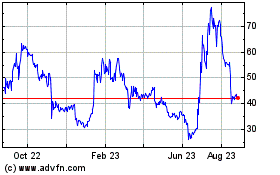 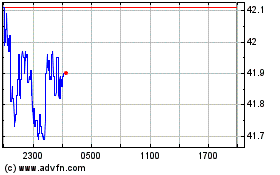