0.2433
-0.0045 (-1.82%)
Real-Time
Market Open
0.2433
Cardano Founder And ETH Dev Get Into A Tussle of Word On Twitter
September 27 2022 - 07:11AM
NEWSBTC
Twitter threads from last week reveal a series of heated arguments between Cardano founder and Ethereum’s co-founder, and Vitalik Buterin. Amid several backlashes caused by lapses in the Ethereum Upgrade, the co-founders argue over the execution of the POS consensus mechanism. A lot has transpired within the past days after the Ethereum upgrade. Also, there are more like the Shanghai upgrade to come. On Saturday, 24 September, Evan Van Ness, a Web3 investor, expressed his opinion regarding the Ethereum merge. Van asserted that the last ten days after the merge are evidence the merge should have happened earlier. Related Reading: ETH Struggles To Break Past $1,300 Resistance – Back To $1K? Buterin seeing Van Ness’s tweet, agreed with him, saying they should have implemented an NXT-like chain based on POS. Charles Hoskinson Claims Ethereum POS Is a Bad Design Hoskinson joined the Buterin-Van Ness conversation, saying there should be a Snow White protocol to ensure faster POS migration. Hoskinson’s opinion didn’t go well with the others, which resulted in an argument between him, Van Ness, and other Ethereum developers. Snow White is a protocol that provides end-to-end proof of security for POS systems. Hoskinson has been an advocate of Snow White for many years. Hoskinson claimed his idea for the Ethereum network’s technical upgrade in 2014 was better than the present upgrade. Van Ness recalled that Hoskinson got removed from Ethereum due to his bad behavior and lack of notable technical contributions. Hoskinson accused Ethereum developers of ignoring Ouroboros in the last five years. Ouroboros is a secure proof-of-stake blockchain and the first peer-review researched based protocol. He also said the present version of the proof-of-stake upgrade is not well-designed. In their argument, Hudson Jameson, Ethereum’s core developer, responded to Hoskinson’s Ouroboros implementation claims. Jameson told Hoskinson that Ethereum developers hated Cardano because of his actions and behaviors. I guess Charles forgot about his Reddit history and how much he shit on Ethereum as he was building Cardano. Additionally, Vitalik did review Ouroboros a while ago. Ethereum devs aren't wanting to look at Cardano because of your attitude and actions as the face of Cardano. https://t.co/QB3QYRKkm5 pic.twitter.com/daX56FfwGv — Hudson Jameson (@hudsonjameson) September 26, 2022 The Ethereum developer also spoke of Hoskinson’s ill-treatment of Ethereum while he created Cardano. He also said Vatalik had reviewed Ouroboros. Charles Hoskinson On Success Of Cardano Hoskinson boasted that Cardano is not dependent on cryptocurrency to succeed and that they’ve grown to billions without mass adoption. Although similar arguments are not new between Hoskinson and the Ethereum developers, it shows how detached from each other the two blockchain’s have become. Both Ethereum network and Cardano are in the middle of intensive upgrades, but Hoskinson is known for his bullish opinions on his previous projects. Related Reading: Algorand: ALGO Price All Go With Nearly 30% Rally In Last 7 Days Cardano Vasil Upgrade and hard fork took place on Thursday, 23 September. Input Output Hong Kong (IOHK), the blockchain company behind Cardano, announced the successful upgrade via Twitter. IOHK stated the hard fork upgraded the network to block transmission without full validation to enable faster block creations. The Plutus smart contracts upgrade was for increased efficiency and a low-cost running of decentralized applications. Featured image from Pixabay, Chart: TradingView.com
Algorand (COIN:ALGOUSD)
Historical Stock Chart
From Nov 2022 to Dec 2022 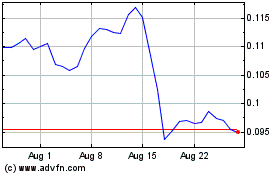 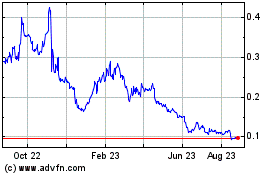 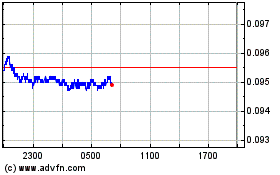