Merchant bankers like GreenBank Capital Inc. (CSE: C.GBC, OTCMKTS:GRNBF) are a one-stop shop for small-cap companies. During 2017 they have created a diversified investment portfolio of 7 private companies, and are now seeking additional funds for further investments.

GreenBank’s share price has risen from $0.05 per share in January to a high of $0.90 in August as investors take notice. The private placement comprises a $0.60 Unit of one common share and one 24-month warrant. The warrant grants the right to acquire one additional common share at $0.90. More information on the offering is on the Stockhouse Deal room at https://www.stockhouse.com/dealroom

GreenBank’s approach is to identify businesses with significant prospects that have the potential to become publicly listed. Toronto based GreenBank takes a minority equity stake and then “incubates” the businesses with a 6 month to 2 year time horizon. The goal is a CSE listing, and CEO Danny Wettreich has been involved in 6 recent listings on the CSE.

Wettreich has arranged 16 public listings during his 40-year merchant banking career, on stock exchanges ranging from London to Nasdaq to the CSE, primarily using the reverse merger process. “I see a huge opportunity in the small-cap and micro-cap space which is being neglected by the investment banking community” said Wettreich. The Bay Street banks like to focus on bigger deals which generate bigger commissions, but GreenBank is not motivated by commissions.

It looks to its equity stakes to provide long-term capital gains. GreenBank is effectively a listed small-cap private equity company with its portfolio companies aiming for a CSE listing as the exit route.

That’s not to say they cannot do larger deals, as can be seen by GreenBank’s satellite public shell company Zara Resources Inc (CSE: C.ZRI, Forum) which is undergoing a reverse takeover with a European electric car manufacturing business with an order backlog of $40 million, and which has just raised $3.7 million by selling its South Korean manufacturing and distribution rights.

GreenBank, which is included in the CSE Composite Index, has just completed a dividend distribution to its shareholders of three subsidiary companies; Blockchain Evolution, KYC Technology, and XGC Software.

Blockchain Evolution owns the world’s first identification based blockchain, and GreenBank has retained a 15% equity stake.
This company’s blockchain is unique in that it has identification as its basis, compared to other blockchains which are based on anonymity. Blockchain is all the rage at the moment as the FinTech world begins to understand the possibilities of this new technology.

KYC Technology are owners of a worldwide online 24-hour “Know Your Customer” identification verification process. KYC is a requirement by the regulators and the commercial world, and the online system at KYC provides a low-cost solution.  GreenBank also owns 15% of this company.

XGC Software is the holding company for GreenCoinX which GreenBank has incubated for over two years. GreenCoinX has developed the world’s first cryptocurrency requiring user identification. While GreenBank has transferred its ownership stake to GreenBank shareholders and now has no further equity interest in XGC Software, its other portfolio companies continue to benefit as they provide ongoing services to GreenCoinX.

GreenBank focuses on the small-cap sector and is not limited by type of business or geography. Stockhouse recently caught up with Danny Wettreich who told us “Our only limitation is that a particular business has upside potential with good management, and that our expertise can assist in the acceleration of its business plan.”

In addition to its stakes in Blockchain Evolution and KYC Technology, GreenBank’s other portfolio companies are an eclectic mix of mining, technology, financial services, and private equity. Wettreich gave Stockhouse an overview on GreenBank’s other investments.

GreenBank owns 28% of Ubique Minerals, a zinc exploration company in Newfoundland.  Ubique has just completed a drilling program on the 49 claims it owns around the former Daniel’s Harbour zinc mine on the west coast of Newfoundland.

The drilling results will be announced soon. The claims adjacent to Ubique’s claims are primarily owned by Altius Minerals Corporation, a Newfoundland mineral explorer with a $500 million market cap.  With approximately 7,000,000 tonnes averaging 7.8% zinc having been mined from the Daniel’s Harbour mine, GreenBank has high hopes for its investment (Wardle, R.J. (2000) Mineral Commodities of Newfoundland and Labrador - Zinc and Lead; Government of Newfoundland and Labrador, Geological Survey, Mineral Commodities Series Number 1, 12).

GreenBank also owns 14% of Slabdeck Technology, which is developing a comprehensive all-in-one search mobile application that integrates social search, discovery and communication. Slabdeck resolves the challenge of having to use numerous apps to find items of interest. The Slabdeck app will be released in October 2017.

The current beta form has 5,000 users, and the 1.0 version will provide customized information based on user preferences. With Slabdeck’s content deck displays, users will discover personal things of interest, such as restaurants, entertainment, sports, travel, retail stores etc. Slabdeck version 1.0 offers the ability to locate nearby facilities, friends or people of interest. Group pods can be created for people with common interests, co-workers, friends, and family.

The group pods facilitate free instant messaging, photo and video sharing, all in one place. Slabdeck 1.0 will also offer high quality internet-based free voice calls, live broadcasting, and text messaging. Further, PDF documents, spreadsheets, and slideshows, can be sent and received without the need for email or file sharing apps.  Slabdeck version 1.0 has a built-in encryption layer and only the user and the recipient can read or listen to messages and calls.

The latest deal completed by GreenBank is the acquisition of 15% of Veterans Financial Group, a USA based insurance agency providing insurance services to veterans, families and businesses.  Veterans is a veterans’ managed insurance agency providing insurance services at competitive rates. Offering to both the veterans community and non-veterans, its range of insurance products includes whole life, term life, universal life, indexed universal life, annuities, final expense, health, and Medicare. Veterans represents many major insurance carriers, and will seek to open branch offices in areas with a high concentration of USA military bases.

In addition to merchant banker Danny Wettreich, the board of GreenBank includes an investment banker, a private equity investor, a technology expert, and an accountant. As investments are made by GreenBank, one or more of these experienced directors joins the board of each portfolio company to strengthen management. “Our commitment to our affiliated companies is long-term, and even after listing takes place we will continue to be involved in order to maximize the value of our equity stake” said Danny Wettreich.

With about 25 million shares outstanding of which the majority is owned by the directors, GreenBank’s current market-cap is only about $20 million. CEO Danny Wettreich commented “As our portfolio companies mature, I believe that investors will come to realize that publicly listed GreenBank is a way to access an instantly diversified small-cap private investment portfolio. One or two portfolio “winners” will likely have a significant impact on GreenBank’s valuation.” 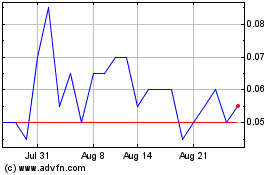 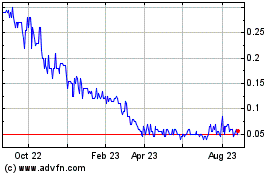 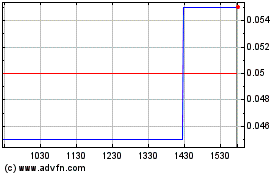