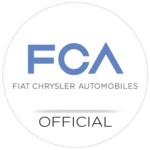 Shares of the new auto-making company, created through the merger of Fiat Chrysler Automobiles NV and Peugeot-maker PSA Group over the weekend, began trading in New York on Tuesday morning, following its debut on the Paris and Milan stock exchanges on Monday.

Mr. Tavares, the former PSA chief now leading Stellantis, emphasized the company would use the group's combined heft, selling vehicles under 14 brands and in 130 countries, to generate $6 billion in annual savings -- achieving about 80% of the cost cuts by the end of 2024.

In all, he said his plan for the new company, which includes Jeep, Ram, Citroën and Peugeot among its brands, aims to deliver about $30 billion in shareholder value over the first four years.

He reiterated Stellantis wouldn't close factories or nix brands as a result of the merger, working instead to lower costs by combining the underlying engineering and creating more pricing power within the lineups -- a tactic he had taken with Opel after purchasing it from General Motors Co. several years ago.

As for Peugeot, Mr. Tavares said he hasn't yet made a decision on reviving the brand in the U.S. He had previously contemplated reintroducing the French brand to the U.S. after a three-decade hiatus.

Rather, the focus will be first on generating savings and trying to reposition existing brands to better capitalize on their diversity, he said.

In taking the helm at Stellantis, Mr. Tavares said he believes the combined scale of PSA and FCA, which gives the new company a major presence in markets like North America and Europe, is an asset but isn't itself the end goal.

"We believe Stellantis needs to be great, rather than big," Mr. Tavares said in his first public remarks as Stellantis's CEO.

"This merger needs to be as offensive as it is defensive, based on the challenges we already know."

Stellantis's stock was up around 11% in early afternoon trading Tuesday in New York. Its shares closed up 8% in Europe on Monday, giving Stellantis a market valuation of about $51 billion.

The tie-up creating Stellantis is the auto industry's largest merger since 1998. Mr. Tavares still faces a litany of challenges in fitting the two companies' operations together, particularly as car manufacturers try to rebuild momentum while the pandemic continues to depress vehicle demand.

In China, where both FCA and PSA have long struggled, Mr. Tavares said he has assigned an executive team to assess what went wrong and draft a turnaround plan. He said the company is considering all options right now, including exiting the country altogether.

"At this stage we do not exclude any scenario," he added.