SYDNEY-- Rio Tinto PLC said its chairman would step down because of its destruction of two ancient rock shelters in Australia last year, bowing to demands from some investors for greater accountability for the incident.

Rio Tinto said Simon Thompson won't seek reelection next year, tying the decision to the May demolition of the Juukan Gorge shelters that contained a trove of artifacts indicating they had been occupied by humans more than 46,000 years ago. He will become the fourth senior leader to leave the world's second-largest mining company because of the incident, after Jean-Sébastien Jacques was removed as chief executive and two other executives were forced out.

"I am ultimately accountable for the failings that led to this tragic event," Mr. Thompson said.

The destruction of the Juukan Gorge caves illustrates how environmental and cultural issues have taken center stage in an industry that is fighting to change investors' perceptions that mining is problematic. Some investors and lawmakers have demanded companies change how they deal with traditional owners of land where their operations are located, and empower those groups to raise issues and complaints.

Rio Tinto initially hoped to contain the fallout from the incident by withholding bonuses for executives including Mr. Jacques, but that prompted an outcry from shareholders who sought a stronger response.

In a review of the event released Aug. 24, Rio Tinto found that no single individual or error was responsible for the destruction of the rock shelters. Many investors were unhappy with the conclusions of Rio Tinto's inquiry. Australian lawmakers criticized the company's decision-making and one prominent Aboriginal leader called the review a whitewash.

"As Mr. Thompson has said, he is 'ultimately accountable' for the failings that led to the Juukan Gorge incident, and as a result his resignation is an appropriate acknowledgment of that governance failure, " said Ian Silk, chief executive of AustralianSuper, a large pension fund.

Mr. Thompson has been on the board since 2014 and chairman since 2018. He will remain as Rio Tinto's chairman until the annual meetings of shareholders next year, but could leave sooner if a replacement is found.

Another director, Michael L'Estrange, who led the internal review of the incident, will also leave the board, the miner said. It cited health reasons for his departure, saying Mr. L'Estrange had decided to reduce his workload after a significant surgery in February. He will step down this May following the annual shareholder meetings.

"Today's announcement means the board can be renewed," said Louise Davidson, chief executive of Australian Council of Superannuation Investors, which represents a group of pension funds on environmental, social and governance issues. "In particular, investors would like to see the board increase its connection with Australian operations and communities, as well as an increase in mining experience."

ACSI has 37 members that manage assets worth more than 1 trillion Australian dollars, equivalent to $782 billion.

Mr. Thompson said the Juukan Gorge destruction was a clear breach of company values, overshadowing the company's handling of other issues such as the Covid-19 pandemic and climate-change initiatives.

When recently reshuffling his top ranks, Mr. Stausholm chose an executive seasoned in China relations, Simon Trott, to lead Rio Tinto's important and very profitable iron-ore business. The reshuffle wasn't communicated beforehand to the traditional owners of the Juukan Gorge, the Puutu Kunti Kurrama and Pinikura people, or PKKP, who felt it was another sign of disrespect.

The PKKP and Rio Tinto later said they would continue to work on repairing ties.

"Of course, it demonstrated that our rebuild of the relationship is still young and fragile," Mr. Stausholm said in an interview with The Wall Street Journal last month.

The PKKP didn't comment on Mr. Thompson's decision to step down. 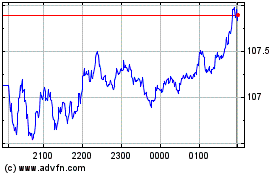