SYDNEY-- Coca-Cola Co. agreed in principle to sell its stake in its Australian bottler to one of its European affiliates, its latest move to reduce exposure to costly bottling operations and focus on the more lucrative concentrate-making business.

Bottling has been losing fizz within Coke for a while.

In 2017, Coke completed a raft of deals in the U.S. that turned its bottling business there from a largely company-owned system to one run by local groups, some of them family owned, that truck product to stores and operate production plants. A year later, Coke sold its bottling operations in Canada, including distribution centers and five soda-making factories.

Jettisoning those asset-heavy operations has meant Coke's employee numbers have fallen sharply in recent years, while helping to reduce its debt burden. Still, Coke is facing new challenges brought on by the coronavirus crisis and has discontinued some brands, laid off some workers and revamped its marketing strategy.

On Monday, Coke said it would only sell its stake if the deal for Coca-Cola European Partners to acquire the rest of Coca-Cola Amatil was implemented. The Australian bottler's other shareholders, including investment funds and mom-and-pop investors, would need to vote to approve the deal. The Australian company's leadership said it planned to recommend the sale unless a superior offer emerges, adding that there's no guarantee the deal will go through.

Coca-Cola European Partners offered 12.75 Australian dollars, the equivalent of $9.10, a share for Coca-Cola Amatil, a roughly 23% premium on the one-week volume-weighted average price. Australia-listed Coca-Cola Amatil shares gained about 16% in Monday trading, to A$12.50 a share.

Coke, however, agreed to sell its shares in Coca-Cola Amatil at a lower price--around A$10 per share. Coke could sell its shares to Coca-Cola European Partners in two or more tranches over time, with some variation in the price.

In a statement, Coke said it is supportive of the overall transaction, and that it is in the best interests of the Coca-Cola system overall and of shareholders in the Australian and European companies. It said the deal would combine the strengths and capabilities of both companies.

"We will unlock further growth and value in their important markets," Coke said.

Coca-Cola European Partners, which says it is the world's largest Coke bottler by revenue, said the deal would add geographic diversification and scale to the company's footprint, which at the moment is focused exclusively on Western Europe. Coca-Cola Amatil sells Coke products in Australia, New Zealand, Fiji, Papua New Guinea, Samoa and Indonesia--which has a population of 270 million and has been touted as a growth opportunity for Coke products.

Analysts said Monday's deal reflects Coke's overall strategy to limit its involvement in bottling operations, though Coke has made one-off investments to accelerate sales in promising markets, including putting $500 million into Coca-Cola Amatil's Indonesian subsidiary about five years ago.

"There are multiple stages throughout the process of creating concentrate and getting it into consumer hands, and bottling it and distributing it are two of the most capital-intensive parts of that process," Adam Fleck, regional director of equity research in Australia at Morningstar, said Monday. "They historically have relied on their bottler partners to take on that capital."

Coke still has a roughly 19% stake in Coca-Cola European Partners.

Coca-Cola Amatil has faced many of the same challenges as bottlers in other markets. Consumers in Australia, its largest market by revenue, have shifted away from sugary, carbonated beverages due to health concerns, hitting revenue despite the company's efforts to diversify into coffee, energy drinks and alcohol distribution.

More recently, sales were hit by the coronavirus pandemic, particularly as people stocked up on lower-margin products sold in grocery stores instead of higher-margin products at bars and restaurants, which were closed during lockdowns.

Stockbroking firm Morgans said Coca-Cola European Partners's valuation of Coca-Cola Amatil is in line with other bottler transactions, but that it isn't a "knock-out offer." Coca-Cola Amatil could achieve higher margins in the future, particularly as it benefits from a cost-cutting program and coronavirus lockdowns ease around the region, the firm said. 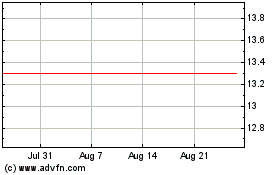 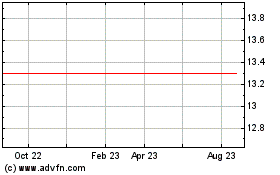 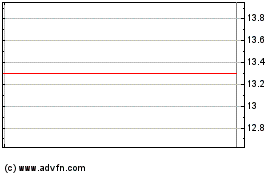