CORPUS CHRISTI, Texas and SASKATOON, SK, Aug. 15, 2022 /PRNewswire/ - Uranium Energy Corp. (NYSE American: UEC) (the "Company" or "UEC") and UEX Corporation (TSX: UEX) ("UEX") are pleased to announce that they have entered into a further amending agreement (the "Amending Agreement") to the previously announced arrangement agreement dated June 13, 2022, as amended June 23, 2022 and August 5, 2022, among UEX, UEC and UEC 2022 Acquisition Corp., pursuant to which UEC will acquire all of the issued and outstanding common shares of UEX ("UEX Shares") by way of a statutory plan of arrangement (the "Arrangement") under the Canada Business Corporations Act (the "Transaction").

Under the terms of the Amending Agreement, holders of UEX Shares ("UEX Shareholders") will now receive 0.090 of one common share of UEC (a "UEC Share") for each UEX Share held, implying consideration of approximately C$0.497 per UEX Share based on the closing price of UEX Shares and UEC Shares on the Toronto Stock Exchange and the NYSE American Exchange, respectively, and the spot exchange rate as of August 12, 2022. The Amending Agreement also increases the termination fee (to be paid by UEX to UEC if the Transaction is terminated in certain specified circumstances) to U.S.$9 million.  In addition, under the terms of the Amending Agreement, UEX has agreed that UEX will accept proxies for the special meeting of UEX Securityholders to approve the Transaction (the "Meeting"), which will be held at 10:00 a.m. (Vancouver time) today, up to the time of the commencement of the Meeting. Other than the foregoing, the terms of the Transaction remain unamended.

The terms of the Amending Agreement were agreed following receipt by UEX of a competing acquisition proposal on August 8, 2022 for all of the issued and outstanding UEX Shares.

Board of Directors' Recommendations

Full details of the Transaction are included in the management information circular of UEX dated July 8, 2022 (the "Circular"). The Transaction will be subject to the approval of at least (i) 66 2/3% of the votes cast by UEX Shareholders, and (ii) 66 2/3% of the votes cast by UEX Securityholders, voting together as a single class, at the Meeting, which will continue to be held on Monday, August 15, 2022, at 10:00 a.m. (Vancouver time) at the Metropolitan Hotel, 645 Howe Street, Vancouver, British Columbia.

If the UEX Securityholders approve the Arrangement at the Meeting, it is currently anticipated that the Arrangement will be completed in by the end of August, subject to obtaining court approval, stock exchange approval and certain required regulatory approvals, as well as the satisfaction or waiver of other conditions contained in the Arrangement Agreement.

UEX Securityholders who have questions regarding the Transaction should contact Laurel Hill Advisory Group by telephone at 1-877-452-7184 (North American Toll Free) or 1-416-304-0211 (Outside North America), or by email at assistance@laurelhill.com.

Uranium Energy Corp is America's leading, fastest growing, uranium mining company listed on the NYSE American. UEC is a pure play uranium company and is advancing the next generation of low-cost, environmentally friendly In-Situ Recovery (ISR) mining uranium projects. The Company has two production ready ISR hub and spoke platforms in South Texas and Wyoming, anchored by fully licensed and operational processing capacity at the Hobson and Irigaray plants. UEC also has seven U.S. ISR uranium projects with all of their major permits in place. Additionally, the Company has other diversified holdings of uranium assets, including: (1) one of the largest physical uranium portfolios of U.S. warehoused U3O8; (2) a major equity stake in the only royalty company in the sector, Uranium Royalty Corp.; and (3) a pipeline of resource-stage uranium projects in Arizona, Colorado, New Mexico and Paraguay. The Company's operations are managed by professionals with a recognized profile for excellence in their industry, a profile based on many decades of hands-on experience in the key facets of uranium exploration, development and mining.

UEX is a Canadian uranium and cobalt exploration and development company involved in an exceptional portfolio of uranium projects. UEX's directly-owned portfolio of projects is located in the eastern, western and northern perimeters of the Athabasca Basin, the world's richest uranium region which in 2020 accounted for approximately 8.1% of the global primary uranium production. In addition to advancing its uranium development projects through its ownership interest in JCU, UEX is currently advancing several other uranium deposits in the Athabasca Basin which include the Paul Bay, Ken Pen and Ōrora deposits at the Christie Lake Project , the Kianna, Anne, Colette and 58B deposits at its currently 49.1%-owned Shea Creek Project, the Horseshoe and Raven deposits located on its 100%-owned Horseshoe-Raven Project and the West Bear Uranium Deposit located at its 100%-owned West Bear Project.

Full details of the amendment are set out in the Amending Agreement, which will be filed by UEX under its profile on SEDAR at www.sedar.com and UEC under its profiles on SEDAR at www.sedar.com and EDGAR at www.sec.gov. In addition, further information regarding the Arrangement has been shared in the Circular prepared in connection with the Meeting and filed on UEX's profile on www.sedar.com. All UEX Securityholders are urged to read the Amending Agreement and the Circular, as they will contain additional important information concerning the Arrangement.

This news release includes certain "Forward‐Looking Statements" within the meaning of the United States Private Securities Litigation Reform Act of 1995 and "forward‐looking information" under applicable Canadian securities laws. These forward‐looking statements or information relate to, among other things: the ability of UEC and UEX to satisfy the other conditions to, and to complete the Arrangement; and the anticipated timing of closing of the Arrangement.

These statements reflect the parties' respective current views with respect to future events and are inherently subject to significant business, economic, competitive, political and social uncertainties and contingencies. Such factors include, the synergies expected from the Arrangement not being realized; business integration risks; fluctuations in general macro‐economic conditions; fluctuations in securities markets and the market price of UEC Shares; fluctuations in the spot and forward price of uranium or certain other commodities (such as natural gas, fuel oil and electricity); fluctuations in the currency markets (such as the Canadian dollar and the U.S. dollar); changes in national and local government, legislation, taxation, controls, regulations and political or economic developments in Canada and the United States; operating or technical difficulties in connection with mining or development activities; risks and hazards associated with the business of mineral exploration, development and mining (including environmental hazards and industrial accidents); risks relating to the credit worthiness or financial condition of suppliers, refiners and other parties with whom the parties do business; inability to obtain adequate insurance to cover risks and hazards; and the presence of laws and regulations that may impose restrictions on mining, availability and increasing costs associated with mining inputs and labour; the speculative nature of mineral exploration and development, including the risks of obtaining necessary licenses, permits and approvals from government authorities; title to properties; and the factors identified under the caption "Risk Factors" in UEC's Form 10K and under the caption "Risk Factors" in UEX's Annual Information Form.

In addition, the failure of UEX to comply with the terms of the Amending Agreement may result in UEX being required to pay a termination fee to UEC, the result of which could have a material adverse effect on UEX's financial position and results of operations and its ability to fund growth prospects and current operations. Although the UEX has attempted to identify important factors that could cause actual results to differ materially, there may be other factors that cause results not to be anticipated, estimated or intended. The parties do not intend, and do not assume any obligation, to update these forward‐looking statements or information to reflect changes in assumptions or changes in circumstances or any other events affecting such statements or information, other than as required by applicable law. 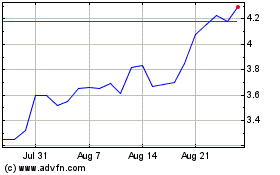 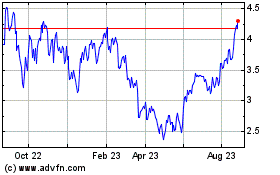 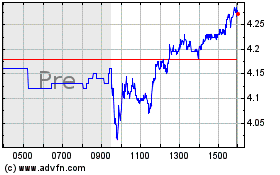