VANCOUVER, BC, Nov. 17, 2020 /PRNewswire/ - Taseko Mines Limited (TSX: TKO) (NYSE American: TGB) (LSE: TKO) ("Taseko" or the "Company") announces that it has closed its previously announced bought deal offering, (the "Offering"). A total of 27,750,000 common shares of the Company were sold at the price of US$0.83 per Offered Share for gross proceeds of approximately US$23 million. The Offering was completed pursuant to an underwriting agreement dated November 11, 2020 among the Company and Cantor Fitzgerald Canada Corporation, as lead underwriter and sole bookrunner, and a syndicate of underwriters including Velocity Trade Capital Ltd., BMO Nesbitt Burns Inc., National Bank Financial Inc. and TD Securities Inc. (collectively, the "Underwriters").

In addition, the Underwriters have exercised the over-allotment option in full, with closing expected to be completed on November 17, 2020.  The Company will issue an additional 4,162,500 common shares for additional proceeds of approximately US$3.45 million.

The proceeds of the Offering are anticipated to be used to fund ongoing operating, engineering and project costs in connection with the advancement of the Company's Florence Copper Project and for general corporate purposes and working capital.

For readers in the European Economic Area and the United Kingdom

For readers in the United Kingdom

This communication, in so far as it constitutes an invitation or inducement to enter into investment activity (within the meaning of s21 Financial Services and Markets Act 2000 as amended) in connection with the securities which are the subject of the offering described in this press release or otherwise, is being directed only at (i) persons who are outside the United Kingdom; (ii) persons who have professional experience in matters relating to investments who fall within Article 19(5) (Investment professionals) of the Financial Services and Markets Act 2000 (Financial Promotion) Order 2005 (the "Order"); (iii) certain high net worth companies and persons who fall within Article 49(2)(a) to (d) (High net worth companies, unincorporated associations etc.) of the Order; and/or (iv) any other person to whom it may lawfully be communicated (all such persons in (i) to (iv) together being referred to as "relevant persons"). The Offered Shares are only available to, and any invitation, offer or agreement to subscribe, purchase or otherwise acquire such Offered Shares will be engaged in only with, relevant persons. Any person who is not a relevant person should not act or rely on this communication or any of its contents. 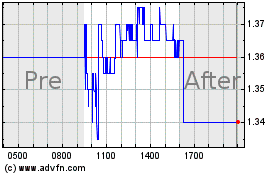