Brees will work with the TapouT team on innovative formula developments for athletes. He will participate in key retail meetings to strategize on how best to advance the brand within TapouT’s youth sports initiatives, as well as become an ambassador for TapouT to his followers, fans and friends across all his media platforms.  Brees has opted to take an equity stake in Splash Beverage in lieu of a typical cash compensation package.

“I am very excited about my latest venture and involvement with Splash Beverage on their TapouT Performance Drink,” said Brees.  “From a clean-ingredient and efficacy perspective this is a brand I want to help build and get into the hands of athletes and fitness enthusiasts everywhere.  Youth football is a passion of mine and I believe the all-natural hydration and recovery blend in the TapouT drink is a significantly better alternative to some of the leading hydration beverages for young athletes as well as adults.”

Robert Nistico, Splash Beverage Group’s Chairman and CEO, commented, “Not only are we thrilled that the future Hall of Famer, Drew Brees, has decided to join with Splash Beverage to help promote the TapouT Performance Drink brand, Drew is extremely knowledgeable when it comes to nutrition adding even more credibility.  Someone of Drew’s stature receives many offers from a variety of different companies.  He learned of TapouT through friends in the athletic community and subsequently connected with the company.  He came to believe strongly in the benefits of TapouT and his decision to ultimately become an equity holder of Splash Beverage is a testament to his enthusiasm for the product, and his confidence in its future value proposition.  We look forward to his contributions to our brand-building efforts.”

Splash Beverage Group, an innovator in the beverage industry, owns a growing portfolio of alcoholic and non-alcoholic beverage brands including Copa di Vino wine by the glass, SALT flavored tequilas, Pulpoloco sangria, and TapouT performance hydration and recovery drink. Splash’s strategy is to rapidly develop early-stage brands already in its portfolio as well as acquire and then accelerate brands that have high visibility or are innovators in their categories. Led by a management team that has built and managed some of the top brands in the beverage industry and led sales from product launch into the billions, Splash is rapidly expanding its brand portfolio and global distribution.

About Drew Brees
Drew Christopher Brees (/bri:z/; born January 15, 1979) is a former American football quarterback who played in the National Football League (NFL) for 20 seasons. A member of the New Orleans Saints for most of his career, Brees is second in NFL career passing yards, career touchdown passes, career pass attempts, career pass completions, and career passing completion percentage. He also holds the record of consecutive games with a touchdown pass, breaking the feat held by Johnny Unitas for 52 years.

Brees played college football at Purdue, where he set the Big Ten Conference records for completions, attempts, and yards. Despite his collegiate success, questions over his height and arm strength caused him to not be selected until the second round of the 2001 NFL Draft by the San Diego Chargers. Brees initially struggled before having a breakout season in 2004, earning him Pro Bowl and Comeback Player of the Year honors. Re-signed to a one-year contract, Brees suffered a potentially career-ending injury the following season, which resulted in the Chargers allowing him to leave in free agency. Joining the Saints, he brought new success to a franchise that had only seven winning seasons, five playoff appearances, and one postseason win during the 39 years prior to his arrival. He led the Saints between 2006 and 2020 to nine playoff runs, seven division titles (including four consecutives from 2017 to 2020), three NFC Championship Game appearances, and the franchise's first Super Bowl title in Super Bowl XLIV, earning him the championship's MVP award.

At the conclusion of his 15 seasons in New Orleans, Brees extended his total Pro Bowl selections to 13 and was twice named Offensive Player of the Year. He also led the NFL in passing yards a record seven times. Brees retired after the 2020 season and spent the 2021 season as an analyst on NBC Sunday Night Football. 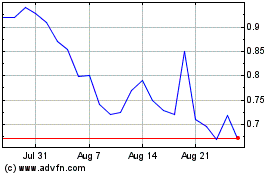 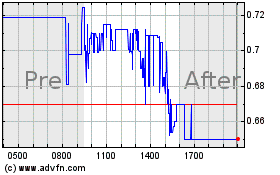