4
PROPOSAL NO. 1: ELECTION OF DIRECTORS
The Board currently consists of six directors. The directors elected at the Annual Meeting will serve until the next annual meeting of shareholders or until their successors are elected or appointed and qualified or until any such director’s earlier death, resignation or removal. Unless a vote is withheld by the shareholder, the proxies solicited by the Board will be voted for the election of each nominee. The six nominees who receive the most votes will be elected. If a shareholder does not vote for a nominee or indicates to "withhold" authority to vote for a nominee on the proxy card, that shareholder's vote will not count either for or against the nominee. If any nominee shall not be a candidate for election as a director at the meeting, it is intended that votes will be cast pursuant to the enclosed proxy for any substitute nominees as may be nominated by the existing directors. No circumstances are presently known which would render any nominee named below unavailable to serve as a director.
Identification of Directors
The slate of nominees for election to Solitario’s Board of Directors is below.
5
6
THE BOARD OF DIRECTORS RECOMMENDS A VOTE FOR ALL OF THE NOMINEES LISTED ABOVE.
--------------------------------------------------------------

12
Compensation Committee Report
The Compensation Committee has reviewed, evaluated and discussed the (i) allocation of executive compensation, including the allocation of compensation between salary paid in cash and deferred compensation in the form of stock option grants and awards; (ii) goals and objectives of our executive compensation including the need to be competitive with peer companies to retain and attract the best available executive talent; (iii) existing elements of executive compensation including salary, bonus and stock options, and (iv) performance of our existing executives, including our Chief Executive Officer (“CEO”), against general targets and goals including budgets, exploration activities and success, the performance of our stock and other measures. Neither the Compensation Committee nor management has engaged any compensation consultants in determining or recommending the amount or form of executive or director compensation in the last year. The Compensation Committee has reviewed recommendations prepared by our CEO for levels of compensation for Mr. Hunt, our Chief Operating Officer, and Mr. Maronick, our Chief Financial Officer. The Compensation Committee has reviewed and discussed with management the Company's “Executive Compensation” section of this Proxy Statement. Based on such review and discussions, the Compensation Committee has recommended to the Board of Directors that the Executive Compensation be included in this 2020 Proxy Statement and included by reference in the Company's Annual Report on Form 10-K for the year ended December 31, 2019.
COMPENSATION COMMITTEE
Brian Labadie, Chairman
Jim Hesketh
John Labate
Delinquent Section 16(a) Reports
Section 16(a) of the Exchange Act requires Solitario's directors and executive officers, and persons who own more than ten percent of a registered class of Solitario's equity securities, to file with the SEC initial reports of ownership and reports of changes in ownership of the Common Stock and other equity securities of Solitario. Officers, directors and greater than ten percent shareholders are required by SEC regulation to furnish Solitario with copies of all Section 16(a) reports they file. To our knowledge, based solely on review of the copies of reports filed pursuant to Section 16(a) of the Exchange Act, all filing requirements under Section 16(a) applicable to our officers, directors and beneficial owners of more than 10 per cent of our common stock were timely filed with respect to fiscal year 2019.
Shareholder Communications
We endeavor to keep all shareholders well informed as to financial performance of the Company, primarily by means of its annual and quarterly reports, current reports on Form 8-K and by press releases. The Board and management of Solitario are receptive to shareholder feedback in any form. It is Solitario's policy to receive and respond promptly to shareholder inquiries while being guided by legal requirements as well as the Company's policies with respect to confidentiality and disclosure requirements. Shareholders wishing to send communications to the Board should write to either the Chairman of the Board or to the Corporate Secretary at the following address: Solitario Zinc Corp., 4251 Kipling St., Suite 390, Wheat Ridge, CO 80033. All such communication shall state the type and amount of the Company's securities held by the shareholder and shall clearly state the communication is intended to be shared with or directed only to the Board, or if applicable, with a specific committee of the Board. The Chairman of the Board or the Corporate Secretary, as applicable, will forward such communication to the members of the Board or a specific committee of the Board.
Indemnification of Directors
Our Articles of Incorporation authorize our Board to the fullest extent permitted by Colorado law as now or hereafter in effect, to indemnify any director of Solitario. The Board is entitled to determine the terms of such indemnification, including advancement of expenses, and to give effect thereto through the adoption of Bylaws, approval of agreements, or by any other manner approved by the Board. Any amendment to or repeal of the authorization of indemnification contained in our Articles of Incorporation shall not adversely affect any right of a director of Solitario thereunder with respect to any right to indemnification that arises prior to such amendment. . Solitario’s Bylaws, subject to certain exceptions, provide that directors are entitled to indemnification with respect to proceedings that arise by reason of the fact that he or she is or was a director (or officer) of Solitario, or who, while a director (or officer) of Solitario, is or was serving at the request of Solitario as a director, officer, employee or agent of Solitario or another corporation or of a partnership, joint venture, trust, other enterprise, or employee benefit plan

21
SUMMARY COMPENSATION TABLE
(1)
No bonus amount was earned and paid in 2019 or 2018, respectively.
(2)
The amount represents the grant date fair value of option awards granted during the year in accordance with FASB ASC No. 718. See Note 10, “Employee Stock Compensation Plans” to the consolidated financial statements included in our Annual Report on Form 10-K for the year ended December 31, 2019 for a discussion regarding assumptions used to calculate fair value.
a.
The total grant date fair value of certain conditional options, which were approved at our 2018 annual meeting, granted to our Named Executive Officers were as follows:
Mr. Herald:
500,000 options; $210,799
Mr. Maronick:

26
OTHER BUSINESS
Solitario knows of no other business to be presented at the meeting. If any other business properly comes before the meeting, it is intended that the shares represented by proxies will be voted with respect thereto in accordance with the best judgment of the person named in the accompanying form of proxy.
DELIVERY OF DOCUMENTS TO SHAREHOLDERS SHARING AN ADDRESS
Only one Proxy Statement and Annual Report is being delivered to shareholders sharing an address unless we have received contrary instructions from one or more of the shareholders.  Upon the written or oral request of a shareholder, we will deliver promptly a separate copy of the Proxy Statement and Annual Report to shareholders at a shared address to which a single copy was delivered.  Shareholders desiring to receive a separate copy in the future may contact us by mail at 4251 Kipling Street, Suite 390, Wheat Ridge, CO 80033 or by telephone (303) 534-1030. 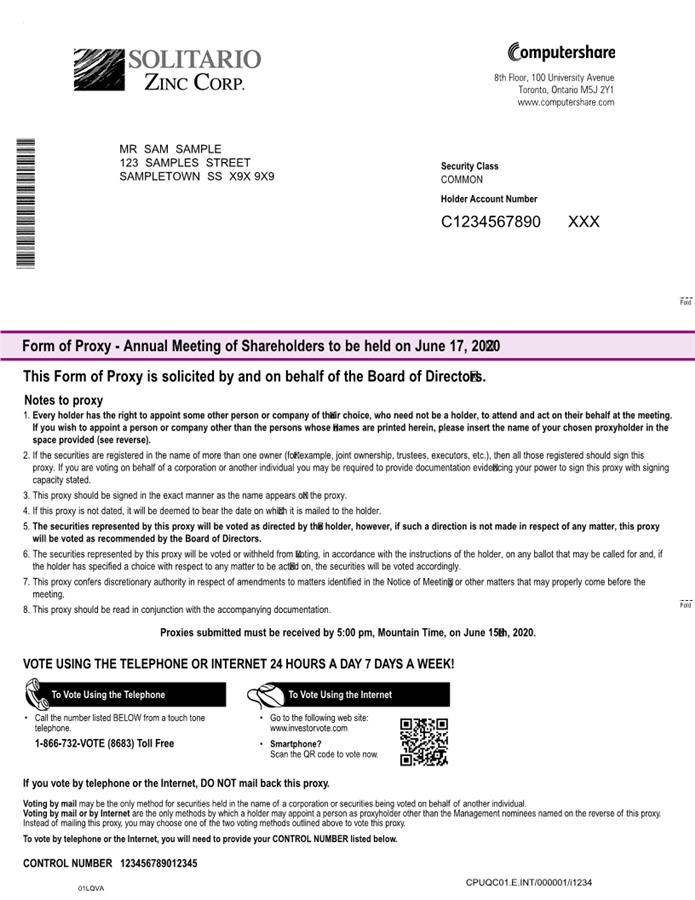 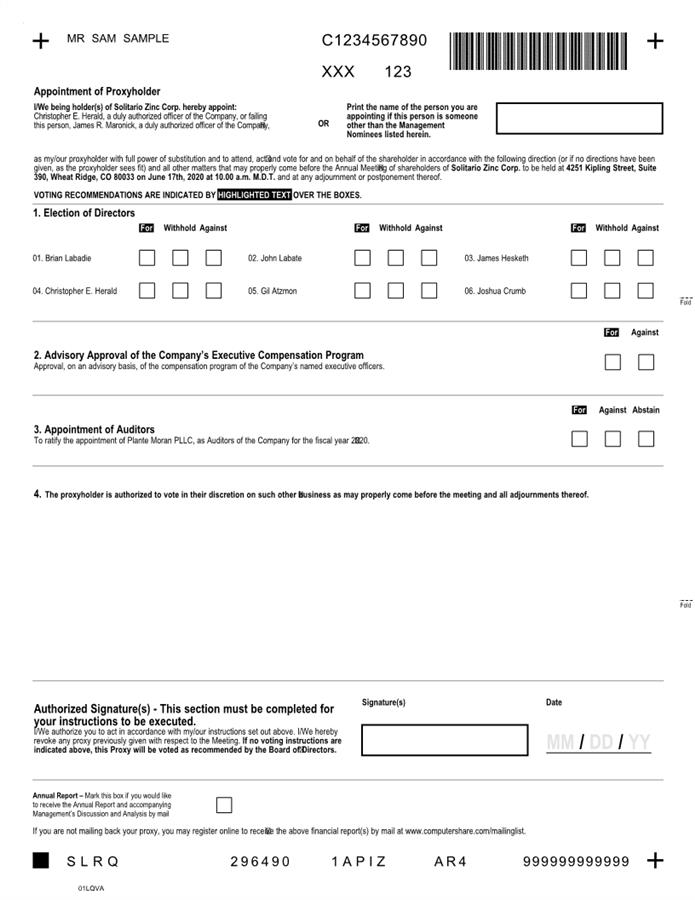 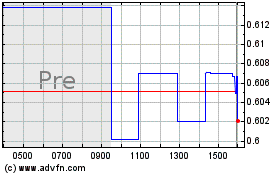