All amounts herein are reported in $000s of United States dollars (“US$”) unless otherwise specified.

“We continue to work carefully at the Juanicipio Project, respecting social distancing and maintaining very high levels of hygiene” said George Paspalas, President and CEO.  “Construction of the flotation plant at Juanicipio is back to 100%, and we are making good progress. We processed approximately 8,800 tonnes of Juanicipio mineralized material through the Fresnillo plant in early August as an initial test, and are expecting processing of 2 days per month, representing a major milestone for the project and early cash flow to the Joint Venture.”

In April 2020 in response to the COVID-19 virus outbreak, the Mexican Government ordered a temporary suspension of all “non-essential” operations nationwide in Mexico, including mining operations, until May 30, 2020. Fresnillo, the Juanicipio Project operator, was in regular consultation with Mexican Government officials to ensure Minera Juanicipio’s compliance with the Order. Fresnillo advised the Company that while the Order was in effect, underground development continued under government mandated hygiene protocols, and surface construction work and surface-based drilling were both temporarily halted. All work has since resumed with a phased restart having commenced on June 1, 2020, and according to Fresnillo, the overall development timetable remains unchanged.

In the quarter ended June 30, 2020, surface construction progress at Juanicipio was limited due to COVID-19 restrictions noted above. Nonetheless, as noted above Fresnillo, the Juanicipio Project operator has advised that the anticipated development timetable currently remains unchanged with the Juanicipio processing plant expected to be commissioned in mid-2021. Once work resumed in June, earthmoving and foundation pouring continued for the construction of the processing plant. A large portion of the concrete works, structural steel sections and process pipe spools are being fabricated off-site in controlled workshop conditions. These are now arriving on site and are being placed directly into position.  As well, a number of specialized consulting firms have been engaged to conduct all aspects of the detailed design of the tailings dam.

The Juanicipio plant is now expected to reach 85% name plate capacity by the end of 2021 and 90-95% in 2022. In the 2017 PEA, ramp-up to full production was originally envisioned over 3 years after commissioning of processing plant, the equivalent of 2024.

With detailed engineering almost complete, major equipment purchases completed and delivered to site, and several significant construction contracts awarded or under review, Fresnillo and MAG announced an update to the initial capex required for the project in the previous quarter (see Press Release dated February 24, 2020).  The capex or pre-operative capital cost on a 100% basis of $395,000 from January 1, 2018  was revised to $440,000 from January 1, 2018, to reflect additional expenditures incurred by Minera Juanicipio on the underground development and bringing forward the full construction costs for two large life-of-mine ventilation shafts, as well as some sustaining capital to facilitate the early underground mine start.

On the exploration front, MAG and Fresnillo, as shareholders of Minera Juanicipio, both acknowledge that there is considerable further exploration opportunity in the concession license area as most of it remains unexplored.  Exploration drilling in recent years has been primarily designed to both convert the Inferred Mineral Resources included in the Deep Zone into Indicated Mineral Resources, and to further trace the Deep Zone laterally and to depth. The 2019 exploration program also targeted the newly discovered north-south trending Venadas Vein family, and additional prospective targets are expected to be drilled this year.

There are currently 5 drill rigs turning on the property, all designed to further expand and infill the Deep Zone.

FINANCING AND THE ATM PROGRAM

MAG Silver Corp. is a Canadian advanced stage development and exploration company focused on becoming a top-tier primary silver mining company, by exploring and advancing high-grade, district scale, silver-dominant projects in the Americas. Its principal focus and asset is the Juanicipio Project (44%), being developed in a joint venture with Fresnillo (56%). The Juanicipio Project is located in the Fresnillo Silver Trend in Mexico, the world's premier silver mining camp.  The Juanicipio Joint Venture is currently constructing and developing the surface and underground infrastructure on the property to support a 4,000 tonnes per day mining operation, with the operational expertise of Fresnillo, the project operator.  As well, an expanded exploration program is in place at Juanicipio with multiple highly prospective targets across the property.

Neither the Toronto Stock Exchange nor the NYSE American has reviewed or accepted responsibility for the accuracy or adequacy of this press release, which has been prepared by management.

Please Note: Investors are urged to consider closely the disclosures in MAG's annual and quarterly reports and other public filings, accessible through the Internet at www.sedar.com and www.sec.gov LEI: 254900LGL904N7F3EL14 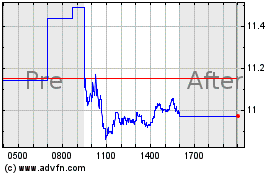