India Globalization Capital, Inc. (NYSE American: IGC), today announced that John E. Lynch has been nominated as a Class A independent director for election at the Company’s 2020 Annual Meeting of Stockholders, to be held on January 11, 2021, replacing Class A director Sudhakar Shenoy.

Mr. Lynch helped negotiate the licensing of the patent filed by the University of South Florida titled “Extreme Low Dose THC as a Therapeutic and Prophylactic Agent for Alzheimer’s Disease”, which is the basis for our Drops of ClarityTM product HyalolexTM, available only in Puerto Rico, as well as the IGC-AD1 formulation, subject of a Phase 1 trial for which we are currently enrolling patients.

Mr. Lynch has been an independent consultant since 2003, and, for the past five years, he has served IGC as an Advisor. Mr. Lynch has been instrumental in developing the intellectual property strategy for the Company. Thanks to Mr. Lynch’s strategy and support, the Company has filed eleven patents with the United States Patent & Trademark Office (USPTO) including formulations for Cannabidiol-based compositions and methods for treating pain, cachexia and eating disorders, seizures, CNS disorders, restoring energy, stuttering and Tourette syndrome (TS), and Alzheimer’s disease related symptoms.

We thank Mr. Shenoy for his guidance over the past fourteen years, and, while he will no longer be a director on the board, we will continue to seek his valuable advice. 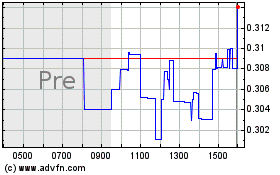