Indicate by check mark if the registrant is submitting the Form 6-K in paper as permitted by Regulation S-T Rule 101(b)(1): ¨.

Indicate by check mark if the registrant is submitting the Form 6-K in paper as permitted by Regulation S-T Rule 101(b)(7): ¨.

On April 21, 2022, Genius Group Limited, a Singapore public limited company (“Genius Group”), announced that it completed a series of business combinations with Education Angels in Home Childcare Limited (“Education Angels”), Property Investors Network Ltd and Mastermind Principles Limited (“PIN” and collectively the “IPO Acquisitions”). The business combination agreements with the aforementioned entities are qualified in their entirety by reference to the full text of such documents attached hereto as Exhibits 10.1 through 10.11, respectively, and incorporated herein by reference.

The material terms of each acquisition are as follows:

On April 21, 2022, the Company issued a press release regarding the closing of these two acquisitions. Such press release is filed as Exhibit 99.1 to this report.

The Company is also in the process of trying to close two additional acquisitions: University of Antelope Valley and E-Square.

University of Antelope Valley. UAV is a California-based, WASC accredited, U.S. university issuing degrees on campus and on-line. Per the terms of the agreement, Genius Group has already paid UAV US$7 million in cash and 1 million Genius Group ordinary shares (valued at US$6 million) as closing consideration. The terms of this acquisition were amended on April 18, 2022 to reflect that (i) the transaction will not close until the full cash amount of US$24 million is paid by Genius Group to UAV and (ii) the Genius Group ordinary shares issued are subject to a lock-up.

E-Square. E-Square is a full campus with primary, secondary and college education for students in entrepreneurship. The terms of the acquisition were amended on April 19, 2022 to reflect that the closing is conditioned upon the approval of the South African Reserve Bank.

The Company’s Board of Directors has appointed Brad Warkins to hold the position of Chief Operating Officer of Genius Group, effective as of April 25, 2022. Prior to joining Genius Group, Mr. Warkins served as President of publicly traded Gaia, Inc. (Nasdaq: GAIA), one of the world’s largest on-demand video service producing and curating original content in the conscious media space, serving 821,000 subscribers in 185 countries. In his role as President, from 2015 through 2021, Mr. Warkins drove digital transformation, led all acquisition integrations and international expansions, and negotiated and managed Gaia’s most valued cross-platform partnership deals, in addition to leading all technology and operations. Previously, Mr. Warkins served as VP and COO of Gaia’s predecessor company, Gaiam, Inc., from 2006 to 2015, President of Conscious Media, Inc. from 1999 to 2006, Director of Ecommerce for Corporate Express from 1998 to 1999, and Manager at Accenture from 1991 to 1998.

On April 25, 2022, the Company will issue a press release regarding the announcement of Brad Warkins as Genius Group’s Chief Operating Officer. Such press release is filed as Exhibit 99.2 to this report. 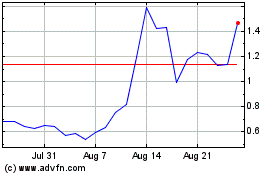 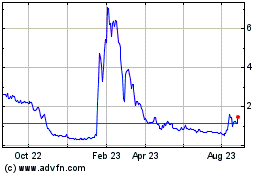 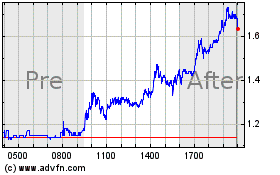