(Name, Address and Telephone Number of Person Authorized to

If the filing person has previously filed a statement on Schedule 13G to report the acquisition which is the subject of this Schedule 13D, and is filing this statement because of Rule 13d-1(b)(3) or (4), check the following box: ☐

*The remainder of this cover page shall be filled out for a reporting person’s initial filing on this form with respect to the subject class of securities, and for any subsequent amendment containing information which would alter disclosures provided in a prior cover page.

Subject to the terms and conditions of the Merger Agreement, at the effective time of the Merger (the “Effective Time”), (i) any shares of Lygos capital stock held as treasury stock prior to the Effective Time will be canceled and retired and will cease to exist, and no consideration will be delivered in exchange therefor, (ii) each other outstanding share of Lygos capital stock will be converted solely into the right to receive a number of common shares of FSI (“FSI Common Shares”) equal to the Exchange Ratio; provided, that no fractional FSI Common Shares will be issued in connection with the Merger as a result of the conversion and any holder of Lygos common stock who would otherwise be entitled to receive a fraction of FSI Common Shares (after aggregating all fractional FSI Common Shares issuable to such holder) shall, in lieu of such fraction of a share, be entitled to receive, from FSI one FSI Common Share and (iii) each Lygos option that is outstanding and unexercised immediately prior to the Effective Time (whether vested or unvested) will automatically be assumed by FSI and converted into an option to acquire a number of FSI Common Shares at an adjusted exercise price per share (each such resulting option, a “Rollover Option”), and the number of FSI Common Shares subject to each Rollover Option shall be determined by multiplying the Exchange Ratio and rounding the resulting number down to the nearest whole number of FSI Common Shares. Prior to the Effective Time, unless otherwise determined by Lygos in its sole discretion, Lygos will use commercially reasonable efforts to enter into an agreement (“SAFE Conversion Agreement) with each person (“SAFE Party”) that has entered into a Simple Agreement for Future Equity with the Company (“SAFE”), pursuant to which each SAFE will be terminated, effective as of immediately prior to the Effective Time, with each SAFE Party receiving the number of shares of the Lygos common stock set forth in the applicable SAFE Conversion Agreement. Immediately following the effective time of the Merger, the former stockholders of Lygos are expected to own approximately 66.7% of the outstanding share capital of the Company.

The “Exchange Ratio” will equal the total number of FSI Common Shares on a fully diluted basis outstanding as of the end of the last trading day of the FSI Common Shares on the NYSE American before the Effective Time multiplied by two and then divided by the total number of shares of Lygos capital stock on fully diluted basis outstanding as of the same time.

The Merger Agreement contains customary representations, warranties and covenants made by FSI and Lygos, including covenants relating to obtaining the requisite approvals of the shareholders of FSI and stockholders Lygos, indemnification of directors and officers, and FSI’s and Lygos’s conduct of their respective businesses between the date of signing of the Merger Agreement and the Closing.

In connection with the Merger, FSI will prepare and file with the U.S. Securities and Exchange Commission (“SEC”) a registration statement on Form S-4 that will contain a prospectus and a proxy statement, and will seek the approval of FSI’s shareholders with respect to certain actions, including the following (collectively, the “FSI Shareholder Matters”):

The Closing is subject to satisfaction or waiver of certain conditions including, among other things, (i) the required approvals by the parties’ stockholders and shareholders, as applicable, (ii) the accuracy of the representations and warranties, subject to certain materiality qualifications, (iii) compliance by the parties with their respective covenants, (iv) no law or order preventing the Merger and related transactions, and (v) the listing of the FSI Common Shares to be issued in the Merger on the NYSE American. In connection with the transaction contemplated by the Merger Agreement, Daniel O’Brien, the Company’s Chief Executive Officer, will sell 1,000,000 FSI Common Shares to FSI for $7.50 per share immediately after the Effective Time.

Also in connection with the Merger Agreement, (i) the officers, directors and certain shareholders of FSI holding approximately 37% of the outstanding share capital of FSI have each entered into a support agreement in favor of Lygos (the “FSI Support Agreements”). The FSI Support Agreements place certain covenants on the voting of such shares in favor of approving the FSI Shareholder Matters. The directors and certain stockholders of Lygos collectively holding a sufficient number, type and class of Lygos capital stock to obtain the requisite approval of the Lygos stockholders of the transactions contemplated by the Merger Agreement have entered into similar support agreements with FSI.

Lygos has entered into a financing arrangement with certain investors which has provided to Lygos $160 million in capital. Under the terms of a note purchase agreement, Lygos issued 5.5% convertible notes with a $160 million principal amount. The conversion price of the convertible note will be set 12 months from the date of the note, and the pricing terms will be set upon the trading price of FSI Common Shares but will be no less than $250M or no greater than $350M. The combined company intends to use these proceeds, in addition to FSI’s cash balance at the closing of the Merger, to fund the development of the combined company’s business. The proceeds from the loan will be used to purchase a portion of the FSI Common Shares from Mr. O’Brien (as discussed above) and to provide working capital to Lygos.

Upon the completion of the transactions contemplated by the Merger Agreement, the present management of the Company will resign and will be replaced by the management of Lygos.

In connection with and contingent upon the closing of the Merger (the actual date of closing, the “Closing Date”), FSI and Mr. O’Brien entered into a new Employment Agreement, dated April 17, 2022 (the “Employment Agreement”), which will become effective as of the Closing Date. Under the terms of the Employment Agreement, Mr. O’Brien will be employed as FSI’s Head-Flexible Solutions Division, and he will receive an annual base salary of $500,000, which will be increased each year during the Term (as defined below) based on annual increases in the Consumer Price Index (the “Base Salary”). Also immediately after the Effective Time, FSI will purchase 1,000,000 shares of FSI common stock owned by Mr. O’Brien at a price of $7.50 per share (as discussed above). Additionally, on the Closing Date, Mr. O’Brien will receive an option to purchase 500,000 shares of FSI’s common stock pursuant to the FSI 2022 Equity Incentive Plan (the “Option”). The Option will vest and become exercisable on the twelve-month anniversary of the grant date; provided, however, the vesting will accelerate upon Mr. O’Brien’s termination of employment for any reason. While Mr. O’Brien’s Option will be granted with an exercise price equal to the fair market value per share on the date of grant, in the event FSI grants any options during the twelve-month period following the Option grant with an exercise price that is lower than the exercise price set for the Option, FSI will reprice the Option down to such lower exercise price; provided, however, the exercise price per share will in no event be lower than the fair market value per share on the date the Option is granted or, if applicable, the date the Option is subsequently repriced. Moreover, on each of the 20- and 30-month anniversaries of the Closing Date, FSI will issue Mr. O’Brien 1,000,000 shares of FSI’s common stock as a fully vested stock grant, regardless of his employment status at such time.

The Employment Agreement also provides that in the event of a change in control of FSI, FSI will engage a consultant to analyze any payments or benefits Mr. O’Brien will receive in connection with the change in control. In the event any such payments or benefits would subject Mr. O’Brien to the 20% excise tax under Section 4999 of the Internal Revenue Code of 1986, as amended (the “Code”), FSI will cutback the amount of such payments and benefits if and only if Mr. O’Brien will be economically better off as a result of such cutback on an after-tax basis to avoid the excise tax.

The information set forth under Item 4 of this Schedule 13D is incorporated herein by reference. Except for the agreements described in this Schedule 13D, to the best knowledge of Mr. O’Brien, there are no contracts, arrangements, understandings or relationships (legal or otherwise) among Mr. O’Brien or, to the best knowledge of Mr. O’Brien, and any other person with respect to any securities of Flexible Solutions, Inc.

After reasonable inquiry and to the best of the knowledge and belief, I certify that the information as set forth in this statement is true, complete and correct. 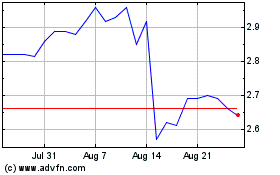 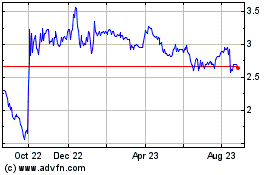 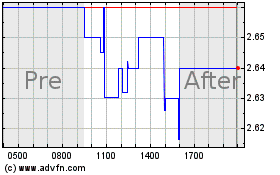