If an emerging growth company, indicate by check mark if the registrant has elected not to use the extended transition period for complying with any new or revised financial accounting standards provided pursuant to Section 13(a) of the Securities Act.  ☐

On March 11, 2021 (the “Issue Date”), Cheniere Energy Partners, L.P. (the “Partnership”) closed the sale of its previously announced offering of $1.5 billion aggregate principal amount of its 4.000% Senior Notes due 2031 (the “Notes”). The sale of the Notes was not registered under the Securities Act of 1933, as amended (the “Securities Act”), and the Notes were sold on a private placement basis in reliance on Section 4(a)(2) of the Securities Act and Rule 144A and Regulation S thereunder.

Under the terms of the Fifth Supplemental Indenture, the Notes will mature on March 1, 2031 and will accrue interest at a rate equal to 4.000% per annum on the principal amount from the Issue Date, with such interest payable semi-annually, in cash in arrears, on March 1 and September 1 of each year, beginning on September 1, 2021.

The obligations under the Partnership’s senior secured credit facilities due 2024 (the “2019 CQP Credit Facilities”) are secured on a first-priority basis (subject to permitted encumbrances) with liens on (i) substantially all the existing and future tangible and intangible assets and rights of the Partnership and the Guarantors and equity interests in the Guarantors (except, in each case, for certain excluded properties set forth in the 2019 CQP Credit Facilities) and (ii) substantially all of the real property of SPLNG (except for excluded properties referenced in the 2019 CQP Credit Facilities). The Notes will be secured to the same extent as such obligations under our 2019 CQP Credit Facilities are so secured in the event that the aggregate amount of secured Indebtedness of the Partnership and the Guarantors (other than the Notes or any other series of notes issued under the Base Indenture) outstanding at any one time exceeds the greater of (i) $1.5 billion and (ii) 10% of net tangible assets (such period, the “Security Requirement Period”). The liens securing the Notes, if applicable, will be shared equally and ratably (subject to permitted liens) with the holders of other senior secured obligations, which include the 2019 CQP Credit Facilities obligations and any future additional senior secured debt obligations. As of the Issue Date, the Security Requirement Period will not be applicable, and the notes will be unsecured.

sale-leaseback transactions and the ability of the Partnership and the Guarantors to consolidate, merge or sell, lease or otherwise dispose of all or substantially all of the applicable entity’s properties or assets. The Notes Indenture covenants are subject to a number of important limitations and exceptions.

The information included in Item 1.01 of this report regarding the Notes is incorporated by reference into this Item 2.03.

On March 11, 2021, the Partnership issued a press release announcing the early tender results of the previously announced tender offer and consent solicitation, a copy of which is attached as Exhibit 99.1 to this Current Report on Form 8-K and is incorporated herein by reference. 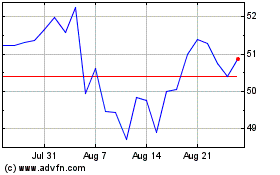 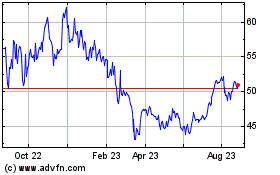 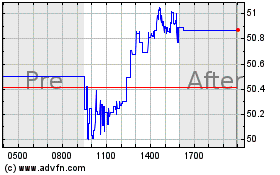