The “Proposed Indication” for Multikine that will be submitted to the FDA in a license application will be limited by certain eligibility criteria to patients who would be deemed by NCCN Guidelines as having a lower risk for tumor recurrence. The Standard of Care for lower risk for tumor recurrence advanced primary head and neck cancer patients is surgery followed by radiotherapy, but not chemotherapy. Note that the term “lower risk for recurrence” should not be confused with a low risk of death, because the 5-year survival for such patients is still less than 50%, even after receiving the current standard of care (SOC). The Proposed Indication for Multikine would cover an estimated 210,000 patients globally each year.

Data collected during the Phase 3 trial that will be submitted to FDA in support of the Proposed Indication are:

Data that will be provided to FDA to confirm efficacy in the Proposed Indication:

The pivotal Phase 3 trial is intended to support a Biologics Licensing Application to FDA, which has not yet been submitted. FDA is the only U.S. entity authorized to determine safety and efficacy. Multikine is currently not FDA approved.

CEL-SCI Corporation (NYSE American: CVM) announced today that the results of its 10-year IT-MATTERS pivotal Phase 3 clinical trial in head and neck cancer with its investigational immunotherapy Multikine®* (Leukocyte Interleukin, Injection) have been posted on clinicaltrials.gov per U.S. government requirements. (See https://clinicaltrials.gov/ct2/show/results/NCT01265849?term=multikine&draw=2&rank=2). Clinicaltrials.gov is the largest clinical trial database in the world. It is run by the U.S. National Library of Medicine at the National Institutes of Health. Some of the trial’s results were published in two peer-reviewed abstracts and a poster at the ASCO conference in June 2022. (See https://www.businesswire.com/news/home/20220527005092/en/.) Additional results will be published in scientific journals and presented in scientific forums in the future.

The 928-patient IT-MATTERS study was designed to determine if Multikine provided survival and other clinical benefits to patients suffering from locally advanced primary squamous cell carcinoma of the head and neck (SCCHN), oral cavity and soft-palate. Multikine is a mixture of naturally occurring cytokines that regulate the immune system. Multikine is the first investigational cancer immunotherapy being developed as a first-line neo-adjuvant treatment to be provided to previously untreated locally advanced primary disease SCCHN patients before they receive the SOC. The global IT-MATTERS trial was conducted in 23 countries in accordance with Good Clinical Practices, International Counsel for Harmonization standards, and all other country-specific regulatory requirements.

The SOC for all research subjects was identical and involved a bifurcated treatment path following surgery, i.e., a radiotherapy-only arm and a concurrent chemoradiotherapy arm. To determine which path a patient should take, the treating physicians decided after surgery based on pathology and medical judgment, as guided by the National Comprehensive Cancer Network (NCCN) Guidelines, whether the patient was at a higher risk for tumor recurrence. These patients would receive concurrent chemoradiotherapy. All other patients were classified as lower risk for recurrence and would receive only radiotherapy after surgery.

The “Proposed Indication” for Multikine will be limited by certain eligibility criteria to select patients deemed by NCCN Guidelines for the lower-risk-for-recurrence group. Patients would not meet the eligibility criteria if they present with adverse features that would place them in the higher-risk-for-recurrence group per NCCN Guidelines. Note that the term “lower risk for recurrence” should not be confused with a low risk of death, because the 5-year survival for such patients is still less than 50%, even after receiving the current SOC.

It must also be noted that the bifurcated treatment path described above was not created by CEL-SCI for its study but was, and still is, the SOC per NCCN Guidelines for advanced primary SCCHN patients. Because it would have been unethical to deprive any subjects of the SOC, the only ethical way to have conducted the study was to use the bifurcated SOC following surgery—it would not have been ethically permissible to study Multikine in only one treatment arm at a time (lower-risk or higher-risk only). Furthermore, because it was obvious when the study was designed that Multikine might provide a benefit in only one of the two SOC risk groups, CEL-SCI pre-specified in its original study protocol that analyses of the trial results should take place for all, as well as for each of these groups. Separate analyses of the lower-risk-for-recurrence and higher-risk-for-recurrence treatment arms were also pre-specified in the study’s statistical analysis plan which was completed before data lock and the study result were analyzed.

About 40% of study subjects (n=380) were classified and met the NCCN requirements for having a lower risk of tumor recurrence, and it was in this arm of the study that the vast majority of the objective responders discussed above were observed. It was also observed in this arm that Multikine+CIZ-treated non-responders still saw OS benefit. Thus, when the lower-risk-for-recurrence arm was viewed as a whole (responders plus non-responders together), a statistically significant OS benefit from Multikine was observed overall, which provided a nearly four-year extension of median survival time versus the control.

Using data from the study, CEL-SCI developed eligibility criteria to select, prior to surgery, the patients who would be slated for classification by the NCCN Guidelines as lower-risk-for-recurrence. This distinction currently can be determined only after surgery. Based on the ability to select subjects before surgery who should receive the Multikine treatment, CEL-SCI plans to seek FDA approval for the treatment of locally advanced primary disease SCCHN subjects who would receive Multikine first, then receive surgery, and then receive only radiotherapy, per NCCN Guidelines.

The Proposed Indication represents about 210,000 patients worldwide per year. To CEL-SCI’s knowledge the last medical advance for such patients impacting their overall survival occurred when Methotrexate was approved over 60 years ago. Multikine also received FDA Orphan Drug Designation for the “neoadjuvant therapy in patients with squamous cell carcinoma of the head and neck (SCCHN).” There is thus a clear unmet medical need for improved treatments for these patients.

Head and neck carcinomas constitute about 890,000 cases annually worldwide. In the United States, there are about 68,000 new cases annually. Of those, 90% are squamous cell carcinomas, and approximately two-thirds of these patients present on their first visit with locally advanced primary (untreated) disease. Currently, the median 3-year OS with the existing SOC is estimated at 55%. The 5-year OS is approximately 43%. There are clearly many locally advanced primary SCCHN patients who are not well served by the currently available treatment modalities.

The IT-MATTERS trial confirms that a 3-week treatment with Multikine provides objective responses before surgery with statistically significant five-year OS benefit for the Proposed Indication, i.e., patients deemed by the NCCN Guidelines as lower risk of recurrence and who should receive radiotherapy without chemotherapy following surgery.

Multikine administration (+/- CIZ), as the first therapy after diagnosis, demonstrated objective complete and partial responses before surgery in 8.5% of the overall ITT population and in 16.0% of all Multikine-treated patients (+/- CIZ) in the lower-risk-for-recurrence treatment arm. A partial response means that the tumor has been reduced by at least 30%, and a complete response means that the tumor has completely disappeared. These objective tumor responses were noted within three-weeks of the beginning of Multikine treatment up to surgery and provided direct evidence of Multikine’s anticancer activity.

These reduced death rates yielded an absolute OS advantage of 14.1% at 5-years versus the SOC alone in the lower-risk-for-recurrence treatment arm, with a proportional hazard p-value of 0.0236, a hazard ratio of 0.68 (representing 47% prolongation of survival), a median overall survival that is nearly 4-years longer than from the SOC alone, confirmatory PFS benefit, and histopathological data showing the direct effect of the Multikine treatment on the tumor and the tumor microenvironment.

It must be noted that Multikine is different from existing therapies. Multikine is designed to be administered locally first, immediately following diagnosis, to previously untreated patients whose tumors and any involved lymph nodes are slated for surgical resection with “intent-to-cure” SOC. To the company’s knowledge, there has been no such therapy or neoadjuvant approved by FDA in at least several decades for resectable locally advanced primary SCCHN. Although existing checkpoint inhibitor drug therapies (like Keytruda) have been approved and marketed as “first-line” treatments for head and neck cancer, their indications are limited to the first-line treatment of recurrent or non-resectable tumors. By contrast, Multikine’s Proposed Indication would be for previously untreated, locally advanced primary SCCHN patients scheduled for surgery and radiation without chemotherapy, encompassing about 40% of the entire advanced primary SCCHN population.

These Phase 3 trial results are intended to support a Biologics Licensing Application to FDA, which has not yet been submitted. FDA is the only U.S. entity authorized to determine safety and efficacy, and Multikine is currently not approved.

CEL-SCI believes that boosting a patient’s immune system while it is still intact should provide the greatest possible impact on survival. Therefore, in the Phase 3 study, CEL-SCI treated subjects who were newly diagnosed with advanced primary squamous cell carcinoma of the head and neck with the investigational product Multikine first, before they received surgery and radiotherapy, or surgery plus concurrent radiotherapy and chemotherapy (the current standard of care for these patients). This approach is unique. Most other cancer immunotherapies are administered only after conventional therapies have been tried and/or failed. Multikine (Leukocyte Interleukin, Injection) received Orphan Drug designation from the FDA for neoadjuvant therapy in patients with squamous cell carcinoma (cancer) of the head and neck. CEL-SCI believes that this study is the largest Phase 3 study in the world for the treatment of advanced primary head and neck cancer.

Multikine is designed to help the immune system “see” the tumor at a time when the immune system is still relatively intact and, thereby, thought to be better able to mount an attack on the tumor. The Phase 3 study was started in early 2011 and was fully enrolled with 928 subjects in September 2016. To prove an overall survival benefit, the study required CEL-SCI to wait until at least 298 (deaths) events had occurred among the two main comparator groups.

The Company has operations in Vienna, Virginia, and in Baltimore, Maryland.

This press release contains forward-looking statements within the meaning of Section 27A of the Securities Act of 1933, as amended, and Section 21E of the Securities Exchange Act of 1934, as amended. When used in this press release, the words "intends," "believes," "anticipated," "plans" and "expects," and similar expressions, are intended to identify forward-looking statements. Such statements are subject to risks and uncertainties that could cause actual results to differ materially from those projected. Such statements include, but are not limited to, statements about the terms, expected proceeds, use of proceeds and closing of the offering. Factors that could cause or contribute to such differences include an inability to duplicate the clinical results demonstrated in clinical studies, timely development of any potential products that can be shown to be safe and effective, receiving necessary regulatory approvals, difficulties in manufacturing any of the Company's potential products, inability to raise the necessary capital and the risk factors set forth from time to time in CEL-SCI's filings with the Securities and Exchange Commission, including but not limited to its report on Form 10-K for the year ended September 30, 2021. The Company undertakes no obligation to publicly release the result of any revision to these forward-looking statements which may be made to reflect the events or circumstances after the date hereof or to reflect the occurrence of unanticipated events.

* Multikine (Leukocyte Interleukin, Injection) is the trademark that CEL-SCI has registered for this investigational therapy. This proprietary name is subject to FDA review in connection with the Company's future anticipated regulatory submission for approval. Multikine has not been licensed or approved for sale, barter or exchange by the FDA or any other regulatory agency. Similarly, its safety or efficacy has not been established for any use. 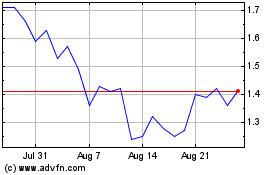 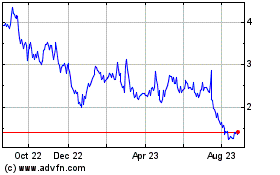 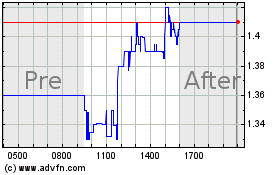