Happy new year to all of you. As we embark on 2021, I feel it is important to reach out to you to review information about our unique investigational cancer immunotherapy Multikine* (Leukocyte Interleukin, Injection) and to answer questions that may be on your mind about CEL-SCI. At CEL-SCI we are pursuing an idea which could fundamentally alter the way we treat cancer. We believe that the key to improving success in the fight against cancer is to make the first cancer treatment more successful. In the disease we are focusing on first, advanced primary head and neck cancer, the 3-year survival rate has not improved in decades, a clear unmet medical need. We are awaiting the final results of our Phase 3 clinical study which is designed to prove the success of our new therapy.

Our goal is to increase the survival of cancer patients by using the power of the immune system before surgery, radiation and chemotherapy have severely damaged it, first in head and neck cancer, then in other solid tumors. As far as we know our Multikine is the only medicine/treatment in advanced testing that can be given to head and neck cancer patients before surgery because only 3 weeks are available for treatment. Most other cancer drugs require months of treatment. And, in fact, published Phase 2 studies show that some Multikine treated patients experience complete tumor elimination in just 3 weeks, before surgery. Those tumor eliminations were confirmed by pathology.

Another key consideration to be able to give a drug as part of the first cancer treatment regimen is that it needs to be non-toxic. That is critical since many of the patients will receive combined radiation and chemotherapy and the toxicities of those two treatments combined are so severe that some patients may die from the treatment alone. If our Multikine added toxicity, we would likely not be able to use it as a first treatment following diagnosis.

When we commenced this ambitious drug development program over 30 years ago, we were told that we were wasting our time. The so-called experts said that cancer immunotherapy would never work because if the immune system fought cancer, we would not get cancer in the first place. By now we know that the tumor hides from the immune system and sabotages the immune system’s ability to kill it. The key is to help the immune system realize that there is a tumor and provide it with the necessary tools to overcome the tumor. We think this is best achieved before surgery, radiation and chemotherapy, when the immune system is healthy and able to mobilize its full anti-tumor fighting capacity.

As we started our Phase 3 trial in late 2010 the general consensus among scientists and Wall Street was still negative towards cancer immunotherapy, but that attitude started changing a few years later. Two years into the Phase 3 study we hit a major roadblock. We had to replace and subsequently file suit (arbitration) against inVentiv, the multibillion dollar Clinical Research Organization (CRO) that ran our Phase 3 trial in the early years for lack of performance and breach of contract. Once we had sued inVentiv, very unusual things occurred, among them, a government agency investigation and a clinical hold on our Phase 3 study. This was a very difficult time but, in the end, we won the arbitration, the government investigation was dropped and the clinical hold on the Phase 3 study was lifted without any changes to the study protocol. As far as we know, CEL-SCI’s win against inVentiv was the first time a drug developer had won such a legal case against a CRO. The arbitrator even assessed inVentiv for the entirety of the arbitrator’s fees as a result of inVentiv’s “scorched earth litigation tactics” during the 4.5-year arbitration.

While the non-performance by the first CRO was one factor that prolonged our study, we believe that the other major factor in the length of the study is a very positive one. To meet the study endpoint, per the study protocol, we needed to wait for 298 events (patient deaths) to prove a survival benefit. It took us much longer than anticipated to reach 298 events. Cancer patients dying more slowly or not dying is a good thing and is in fact the goal of our study. A very successful cancer immunotherapy drug called Yervoy took almost 5 years to complete an overall survival study instead of the expected 3 years because the drug was effective and patients in the study were living longer.

We are now at the end of the almost 10-year-long study to prove this completely novel concept of activating the immune system to fight cancer before surgery, radiation and chemotherapy. The extensive database for the study was locked late last year (meaning it was ready to be analyzed) and experts are now analyzing the data according to a statistical analysis plan that was agreed to and finalized before database lock.

CEL-SCI is blinded to the study data and is not involved in this process. The statistical analysis plan follows the protocol stated objectives and is designed to meet FDA requirements to define the clinical benefits that Multikine might provide for these patients. The analysis looks at multiple parameters to be able to gain the most information on the possible benefits of using Multikine immunotherapy before any other treatment in these patients.

We understand that you want to know the results from our long Phase 3 clinical trial. I get that question all the time. We are even more eager to learn the results as we await the data with belief that the results will bring a much needed treatment to extend the lives of people diagnosed with head and neck cancer. There is a process to getting the results, and we are not part of it, so we have no choice but to wait.

Another question that comes up is why so much misinformation is being spread about CEL-SCI and our Phase 3 study on the internet. I believe the reason is that we are at the end of a huge Phase 3 clinical trial for a large cancer indication. Biotech stocks nearing major events often have stock manipulators and short sellers attacking them. Their goal is to use misinformation to manipulate the share price down after shorting it.

My point to you regarding CEL-SCI is very simple. Our Phase 3 study has had continuous oversight from its inception. The FDA and over 20 other regulators have received annual unblinded safety reports on the Phase 3 study directly from the CRO responsible for data management. CEL-SCI is blinded to the details in these reports. In addition, the Independent Data Monitoring Committee (IDMC), with full unblinded access to all trial data, has been reviewing the study data about twice a year. They have recommended “continuing the trial without change” as recently as April 2020. We must wait for the actual data from the study which is in the process of being finalized by experts.

I have continuously invested in CEL-SCI believing that we will succeed with this potentially lifesaving drug. Those around me believe the same. Since we expect that Multikine will produce positive results, we are currently expanding the manufacturing facility and hiring more personnel. It has been a very long journey with many hard-fought battles, but we are very close to the end. If we are successful, the benefits to cancer patients will be great.

We thank you for your support.

This press release contains forward-looking statements within the meaning of Section 27A of the Securities Act of 1933, as amended, and Section 21E of the Securities Exchange Act of 1934, as amended. When used in this press release, the words "intends," "believes," "anticipated," "plans" and "expects," and similar expressions, are intended to identify forward-looking statements. Such statements are subject to risks and uncertainties that could cause actual results to differ materially from those projected. Such statements include, but are not limited to, statements about the terms, expected proceeds, use of proceeds and closing of the offering. Factors that could cause or contribute to such differences include, an inability to duplicate the clinical results demonstrated in clinical studies, timely development of any potential products that can be shown to be safe and effective, receiving necessary regulatory approvals, difficulties in manufacturing any of the Company's potential products, inability to raise the necessary capital and the risk factors set forth from time to time in CEL-SCI's filings with the Securities and Exchange Commission, including but not limited to its report on Form 10-K for the year ended September 30, 2020. The Company undertakes no obligation to publicly release the result of any revision to these forward-looking statements which may be made to reflect the events or circumstances after the date hereof or to reflect the occurrence of unanticipated events.

* Multikine (Leukocyte Interleukin, Injection) is the trademark that CEL-SCI has registered for this investigational therapy, and this proprietary name is subject to FDA review in connection with the Company's future anticipated regulatory submission for approval. Multikine has not been licensed or approved for sale, barter or exchange by the FDA or any other regulatory agency. Similarly, its safety or efficacy has not been established for any use. Moreover, no definitive conclusions can be drawn from the early-phase, clinical-trials data involving the investigational therapy Multikine. Further research is required, and early-phase clinical trial results must be confirmed in the Phase 3 clinical trial of this investigational therapy that is in progress. 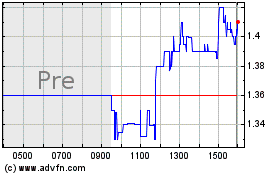