“The land investment segment’s performance declined as no lots were sold within Phase II of Increment I by the Kukio Resort Development Partnerships at Kaupulehu, North Kona, Hawaii, as compared to six lots in last year’s third quarter. The Company did receive $385,000 in net cash distributions in our third quarter. Additionally, in last year’s third quarter the Company recognized a $2,341,000 gain on termination of its post-retirement medical plan, there was no such gain this quarter.

“For the nine months ended June 30, 2022, as compared to last year’s nine months ended June 30, 2021, the increase in earnings was also largely due to oil and natural gas segment operating results which reported a $6,832,000 improvement to $8,121,000. This was due to increases in production and prices in all products and partially to an asset impairment charge of $630,000 in the prior year period as compared to none in the current nine-month period. The land investment segment had a $443,000 decrease in operating profit and a $1,626,000 decrease in earnings of affiliates due to lower real estate sales. Contract drilling operating results also decreased $861,000 due to the completion of a significant drilling contract in the prior year period. Additionally, in the prior year period, the Company recognized a $2,341,000 gain on termination of its post-retirement medical plan, whereas there was no such gain in the current year period.

“In the North Twining Unit (“NTU”) in which Barnwell holds a 29% interest, the two new wells that began production in our second fiscal quarter continue to perform strongly with a gross, pre-royalty, combined average over their 120 days of initial production of 408 barrels of oil, 80 barrels of natural gas liquids and 2,600 thousand cubic feet (“MCF”) of natural gas per day.

“A second drilling program consisting of four wells (1.16 net) in the NTU began in our third quarter. Of these four, the first has been completed and began production in late July with very encouraging initial rates. The next two wells have been drilled and are expected to be completed and online later this month and the fourth well is being drilled now to begin production in September. The Company’s cost for this program is estimated to be approximately $3,250,000. Also, the operator of the NTU has identified potential additional drilling locations in addition to the current program.

“Barnwell’s 100% working interest well that was brought onstream in March 2022 has been cleaning up more slowly than expected with an initial production over its first 120 days of 440 MCF equivalent per day, consisting of 38 barrels of oil, 5 barrels of natural gas liquids and 195 MCF of natural gas per day. Now that 100% of the load water has been recovered, oil rates from this well have recently started increasing, and wellhead compression will be added in the coming weeks to further increase rates.

“The Company’s liquidity remains strong as the Company ended the quarter with $12,339,000 in working capital, which includes $12,574,000 in cash and cash equivalents and as a result we are pleased to report that the Board of Directors has declared a cash dividend of $0.015 per share payable on September 6, 2022 to the holders of record as of the close of business on August 23, 2022 as well as suspending sales under our at-the-market offering program until further notice.” 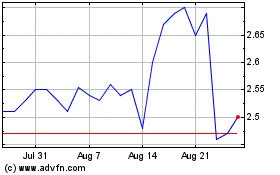 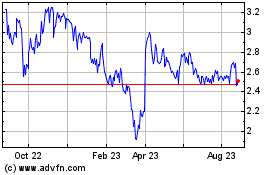 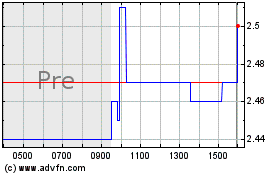