The following briefly describes the matters voted upon and the outcome of the votes at the meeting:

According to proxies received and a vote conducted by a show of hands, the resolution regarding the setting of the number of Directors at four was passed as follows:

According to proxies received and a vote conducted by a show of hands, the following directors were elected to the board of directors of the Company as follows:

3.       Appointment and Remuneration of Auditors

According to proxies received and a vote conducted by a show of hands, the resolution regarding the appointment and remuneration of Manning Elliott LLP as the Company's auditors was passed as follows:

The Board of Directors appreciate the support of our shareholders.

Appointment of Peter Bojtos to Chairman of the Board

Mr. Peter Bojtos has been appointed as Chairman of the Board of Avino effective immediately. Peter has been a member of Avino's Board of Directors since June 2018. He is a Professional Engineer and Geologist with over 50 years of worldwide experience in the mining industry. He has an extensive background in corporate management and financing, as well as in all facets of the industry from exploration through the feasibility study stage to mine construction, operations and decommissioning.

Peter graduated from the University of Leicester, England in 1972, following which he worked at open-pit iron-ore and underground base-metal and uranium mines in West Africa, the United States and Canada. Following that, he worked in Toronto for Kerr Addison Mines Ltd., a Noranda Group company, in increasingly senior management and officer positions for 12 years. Following several years as CEO of various mining companies operating in the USA, Central and South America, from 1996 Peter has acted as Independent Director of numerous exploration and mining companies operating globally. In addition, he has also led a number of companies in recent years such as President of Pembridge Resources PLC that in 2019 acquired the Minto Copper Mine in Yukon.

"I am delighted to welcome Peter Bojtos as Chairman of the Board," said David Wolfin, President and CEO. "Peter's wealth of experience from every stage of mining and extensive leadership expertise will continue to be invaluable as we move forward in growth."

"In addition, we would like to say thank you to Gary Robertson, who has retired as Avino's Chairman of the Board of Directors after 12 years, and a member of the Board for 17 years. The entire team at Avino will miss his insight and conversations, and we wish Gary and his family all the best following his retirement."

"Lastly, we have great confidence in the future of Avino. Through the acquisition of La Preciosa from Coeur Mining, we had several key people join our team and they bring their unique experiences. We have the assets and, more importantly, the people to continue the path to achieving our goal of becoming an intermediate sized producer."

Avino is primarily a silver producer from its wholly owned Avino Mine near Durango, Mexico. The Company's silver, gold and copper production remains unhedged. The Company's mission and strategy is to create shareholder value through its focus on profitable organic growth at the historic Avino Property and the strategic acquisition of mineral exploration and mining properties. We are committed to managing all business activities in a safe, environmentally responsible, and cost-effective manner, while contributing to the well-being of the communities in which we operate. We encourage you to connect with us on Twitter at @Avino and on LinkedIn at Avino Silver & Gold Mines. To view the Avino Mine VRIFY tour, please click here.

On Behalf of the Board 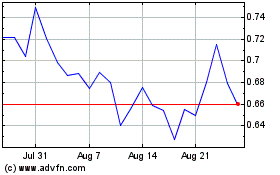 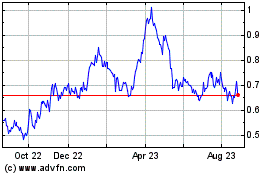 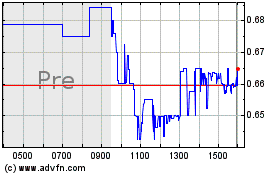