Termination. Ashford Trust will no longer be permitted to terminate the Advisory Agreement (i) at the end of each initial or renewal term based on Ashford Trust’s and the Advisor’s inability to find a resolution on the fees to be charged, based upon the then current market for such fees or (ii) upon a change of control of the Advisor. Additionally, the Advisory Agreement includes certain clarifying language, including provisions making clear that in the event a tender offer, voting event or agreement that, upon consummation, would constitute a Company Change of Control (as defined in the Advisory Agreement) is terminated, any amounts deposited into the Termination Fee Escrow Account may be disbursed to Ashford Trust.

Peer Group. The list of peer group members will be revised to remove certain companies which no longer exist.

Certain additional revisions were made in line with market practice and to more closely reflect the advisory terms between Ashford Inc. and Braemar Hotels & Resorts Inc. 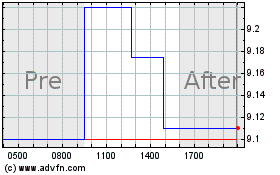