The Movie Studio, Inc. (OTC Pink: MVES) just announced that it has successfully completed and officially launched its Over-The-Top (OTT) Streaming Platform along with its symbiotic App in the Google PlayStore, which incorporates the initial core components of the Company's business models of "Watch Our Movies!" and "Be in Our Movies!".

The Company is also preparing for the availability of The Movie Studio to be made available as a tile on smart TV's for added global viewership.

MVES may not be at these levels much longer. The Company had previously announced that it has extinguished $900,000.00 in convertible debt and is very proud to announce that there is $125,000.00 in convertible debt remaining with a leak-out provision of approximately 15% of the volume per week. Further, as a result of the new agreement the Company extinguished 214,000,000 of shareholder reserves which represents another key milestone in the on-going effort to strengthen the financial position of the company and improve its standing in the capital markets.

This could be the biggest play in the Streaming / Entertainment space.

This is important for The Movie Studio and its shareholders as it will lead to achieving greater shareholder value and more favorable financing terms to fund future acquisitions and opportunities. Substantial convertible note obligations have historically placed pressure on the Company's share price, and it is a great benefit for shareholders and a reason for the investing public to take further interest.

The completion of the OTT Platform and App integration positions the Company for revenue generation from its Subscription Video-On-Demand (SVOD) component.

The Movie Studio, Inc. is a first-mover digital disruptor focused on the independent motion picture content sector, as well as the video-on-demand (VOD) streaming of movies and media content to customers directly over the web, representing the already unfolding future of entertainment: available on all media devices, where you want and when.

The "Watch Our Movies!" function of The Movie Studio platform enables customers to view the Company's current and growing library of films (250+) for free on an advertiser video-on-demand (AVOD) basis. The Company's AVOD option functions much like broadcast television: consumers watch free movies, with advertisements provided by the Company's strategic partner (www.estreamtv.tv). With substantial subscribers, this could generate added company revenue.

Viewers can also elect to watch ad-free via the Company's SVOD option, giving them access to The Movie Studio, Inc. movie library for a monthly fee of $2.99. For example, users of Netflix must pay a monthly subscription fee in order to watch their content because it is an SVOD. If this is the consumer's preferred choice, the Company's platform also offers cost-efficient bundle plans for subscribers. The Company intends to add new content by purchasing or revenue-sharing film libraries, as well as through strategic partnerships, licensing, mergers and acquisitions.

The acclaimed "Be in Our Movies!", "Everyone's A Star!" SVOD key feature of the platform allows subscribers, for $2.99 monthly, to audition to be in the Company's next movie. The platform has a self-audition video(s) function – available worldwide on all media devices – providing the opportunity for subscribers to potentially be cast in one of several different film genres The Movie Studio currently has in production. The auditions can be made public, generating more excitement and social media expansion, and making them viewable by the general public, friends and family of the auditionee; there is also the potential for the auditions to be viewed by other movie studios and production companies, further increasing demand for the platform.

"We are very pleased with the Movie Studio's successful launch of our OTT streaming platform, which straddles between a free AVOD to attract users and the value proposition of our SVOD application. This is a unique hybrid in the OTT universe, and the integration of a feature enabling consumers to potentially participate in the content of upcoming motion pictures is pioneering. We look forward to launching our traffic-driving campaign for the OTT and app on social media, and we intend to launch the campaign with prominent features of our slogans, 'Watch Our Movies!', 'Be in Our Movies!', 'Everyone's a Star!' and 'Only $2.99 a month!' and utilizing all social media resources and influencers to drive traffic to the OTT and app," said Gordon Scott Venters, president and CEO.

About the Movie Studio: The Movie Studio, Inc. is a first-mover digital disruptor focused on the independent motion picture content sector. The Company operates as a vertically integrated motion picture production and distribution company and has currently launched its over-the-top (OTT) platform with a blockchain distribution mechanism for foreign licensing of content. The Company is currently completing the full launch of its app, with a free content ingestion option via advertiser video-on-demand (AVOD) and a "Be in Our Movies!" value proposition via subscription video-on-demand (SVOD), providing multiple revenue streams from the Company's owned, produced, licensed or aggregated content for worldwide consumption in VOD, foreign sales and on various media devices. The Movie Studio, Inc. is disrupting traditional media content delivery systems with its digital business model of motion picture distribution and intends direct-server access of its content with geo-fractured territories for worldwide distribution.

For information about the Company, please visit www.themoviestudio.com

Trading an average of 20 million in volume at .0001, shares of Social Life Network, Inc. (OTC Pink: WDLF) seemed all but dormant prior to December 2020.  Shares ran from .0001 to .009 representing almost 9,000% before giving back almost 90% of it in a total of 6 days.  It looked like history tried to repeat itself over the past three trading days, but it seems that the breath could not come through.

Have a look at The Movie Studio, Inc. (OTC Pink: MVES).  The Company is also preparing for the availability of The Movie Studio to be made available as a tile on smart TV's for added global viewership.

In just a half a dozen days, shares of stop sign company Viper Networks, Inc. (OTC: VPER) managed to drive up 2,300% to .012 with no new information on OTC markets within that timeframe.  If new content is not added to the market soon, shares could reverse and end up back where they started.

Sun Pacific Holding Corp (OTC Pink: SNPW) also realized an astonishing gain of over 11,000%, also with no new information on OTC Markets during the relevant time.  Because of this, shares have fallen 82% in just the two days after closing yesterday at .09.

Take a look at The Movie Studio, Inc. (OTC Pink: MVES) who just announced that it has successfully completed and officially launched its Over-The-Top (OTT) Streaming Platform along with its symbiotic App in the Google PlayStore. 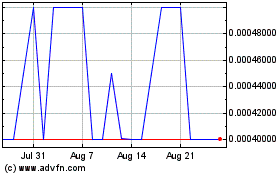 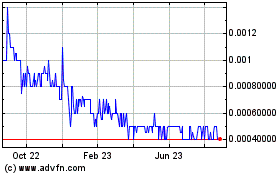 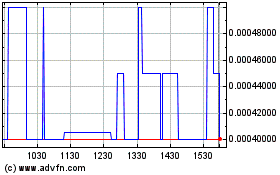