CARLSBAD, CA--(Marketwired - Mar 6, 2014) - Strategic Global Investments, Inc. (OTC Pink: STBV) is pleased to announce that the Company has signed a Memorandum of Understanding on the production of a Reality Television Show with Emmy Award winning producers Ronald Franklin, Lenke Angel, and Chris Tittle of Soapbox Multimedia, scheduled to air in the Summer of 2014.

The Soapbox Multimedia team will collaborate with Strategic Global in the production, featuring real-time operations, and associated drama within the newly legalized Marijuana industry. Airing initially as a WEB series, the show will be entering pre-production. Segments will be conveniently accessible via the web on demand, as the Company seeks to establish syndication on cable networks.

The Soapbox Multimedia production team recently earned an Emmy® award for "The Good Food Factory." They were recognized for Outstanding Achievement in Children's Programming at the 39th annual NATAS Pacific Southwest Emmy awards July 2013 in Las Vegas. The show is currently broadcast on COX cable 4 in San Diego, COX Cable 8 in Santa Barbara and COX Cable 3 in Orange County, California.

Soapbox Multimedia CEO Ron Franklin stated: "We are pleased to be working with Strategic Global Investments -- a company that is uniquely qualified to take on a project of this nature because of its understanding and direct involvement in both media production and legal Cannabis production. Our team is excited to be on the forefront of documenting the realities of the industry and the social changes occurring throughout the world. We plan to shine an informative and entertaining light on a previously hidden industry."

"To be in collaboration with Mr. Franklin and his award winning production team is a great honor and exciting development for us," stated Andrew Fellner, CEO and President of Strategic Global Investments. He concluded: "We expect the TV series to be met with great success. The excitement and tension of being in a new and revolutionary industry is sure to entertain."

About Strategic Global Investments: Strategic Global Investments is a company engaged in developing the two primary sectors of the business; providing various venues to reach the client's target audience with on demand programming or advertising through Wazillo.com and WazilloMedia.com and creating a considerable position in the emerging marijuana industry through Merger and Acquisition. WazilloMedia.com is involved in the production of videos for customers and consumers permitting the use of the Company's state of the art studios to produce their own videos and the use of a website where subscribers can make available live, streaming video for their potential audience. The Company produces Internet content, taped video shows, in their state-of-the-art studios in San Diego, California, where the productions can be stored and replayed on Demand 24/7 through the Company's cutting edge Content Management System. For more information visit our website at: www.strategicglobalinvestments.com

Safe Harbor Act: Forward-Looking Statements are included within the meaning of Section 27A of the Securities Act of 1933, and Section 21E of the Securities Exchange Act of 1934, as amended. All statements regarding our expected future financial position, results of operations, cash flows, financing plans, business strategy, products and services, competitive positions, growth opportunities, plans and objectives of management for future operations, including words such as "anticipate," "if," "believe," "plan," "estimate," "expect," "intend," "may," "could," "should," "will," and other similar expressions are forward-looking statements and involve risks, uncertainties and contingencies, many of which are beyond our control, which may cause actual results, performance, or achievements to differ materially from anticipated results, performance, or achievements. We are under no obligation to (and expressly disclaim any such obligation to) update or alter our forward-looking statements, whether as a result of new information, future events or otherwise. 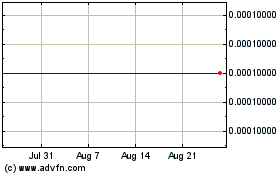 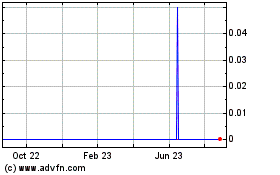 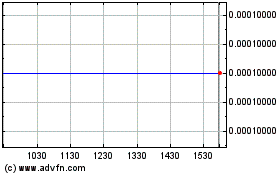