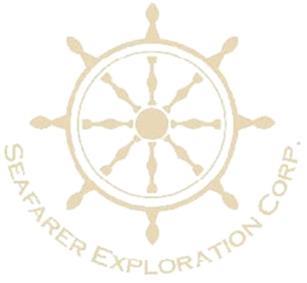 (Registrant’s telephone number, including area code)
Check the appropriate box below if the Form 8-K filing is intended to simultaneously satisfy the filing obligation of the registrant under any of the following provisions (see General Instruction A.2. below):
☐  Written communications pursuant to Rule 425 under the Securities Act (17 CFR 230.425)
☐  Soliciting material pursuant to Rule 14a-12 under the Exchange Act (17 CFR 240.14a-12)
☐  Pre-commencement communications pursuant to Rule 14d-2(b) under the Exchange Act (17 CFR 240.14d-2(b))
☐  Pre-commencement communications pursuant to Rule 13e-4(c) under the Exchange Act (17 CFR 240.13e-4(c))
1
Item 4.01 CHANGES IN REGISTRANT’S CERTIFYING ACCOUNTANT.
On April 13th, 2020 Seafarer Exploration Corp. (the Company) notified D. Brooks and Associates CPAs, P.A. (“D. Brooks”), the Company's independent accounting firm, that it had elected to change accounting firms and, therefore, was dismissing D. Brooks. On April 13th, 2020, the Company engaged Accell Audit and Compliance, LLC (“Accell”) as its new independent accounting firm.
The decision to change accountants was made by the Company's board of directors.
Other than for the inclusion of a paragraph describing the uncertainty of the Company’s ability to continue as a going concern (for the years ended December 31, 2019 and December 31, 2018), D. Brooks’s reports on the Company’s financial statements for the years ended December 31, 2018 and 2019, contained no adverse opinion or disclaimer of opinion and were not qualified or modified as to uncertainty, audit scope or accounting principles.
During the Company’s two most recent fiscal years and the subsequent interim period preceding D. Brooks’s dismissal, there were: (i) no “disagreements” (within the meaning of Item 304(a) of Regulation S-K) with D. Brooks on any matter of accounting principles or practices, financial statement disclosure or auditing scope or procedure, which disagreements, if not resolved to the satisfaction of D. Brooks, would have caused it to make reference to the subject matter of the disagreements in its report on the consolidated financial statements of the Company; and (ii) no “reportable events” (as such term is defined in Item 304(a)(1)(v) of Regulation S-K).
During the Company’s two most recent fiscal years and the subsequent interim period preceding Accell’s engagement, neither the Company nor anyone on its behalf consulted Accell regarding either: (i) the application of accounting principles to a specified transaction, either completed or proposed, or the type of audit opinion that might be rendered on the Company’s financial statements, and no written report or oral advice was provided to the Company that Accell concluded was an important factor considered by the Company in reaching a decision as to the accounting, auditing or financial reporting issue; or (ii) any matter that was the subject of a “disagreement” or “reportable event” (within the meaning of Item 304(a) of Regulation S-K and Item 304(a)(1)(v) of Regulation S-K, respectively). In approving the selection of Accell as the Company’s independent registered public accounting firm, the Board of Directors considered all relevant factors, including that no non-audit services were previously provided by Accell to the Company. The Board of Directors also considered Accell’s ability to work with the Company to file its reports in a timely manner.
The company has provided a copy of this report to D. Brooks and has requested that D. Brooks furnish a letter addressed to the U.S. Securities and Exchange Commission (“SEC”) stating whether it agrees with the statements made by the company and, if not, stating the respects in which it does not agree. A copy of this letter is filed as an exhibit to this report on Form 8-K
Item 9.01 FINANCIAL STATEMENTS AND EXHIBITS
(a)
Financial statements of businesses acquired. Not applicable
(b)
Pro forma financial information. Not applicable
(c)
Shell company transactions. Not applicable
(d)
Exhibits.
2
SIGNATURES
Pursuant to the requirements of the Securities Exchange Act of 1934, the registrant has duly caused this report to be signed on its behalf by the undersigned hereunto duly authorized.
3
Seafarer Exploration (PK) (USOTC:SFRX)
Historical Stock Chart
From Dec 2020 to Jan 2021 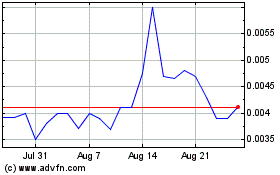 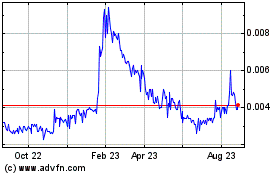 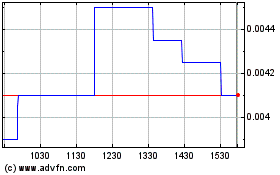