WOODLAND HILLS, CA -- April 22, 2021 -- InvestorsHub NewsWire -- PMPG's Joint Venture partner Smart Road Turtle, LLC (SRT) engineers begin preparing to send data to major data cloud providers' data banks to begin analyzing information for intelligent infrastructure. "One of the largest cloud providers wants our SRT prototype data sent to their cloud, so they can begin processing information. The major cloud provider wants to determine how they can process, analyze and monetize the information for the many vertical markets in the upcoming SmartRoad™ and Smart City projects globally. The possibilities are so endless, the major cloud provider also want to analyze our data to determine how to create a business model with SRT." states Tony Hicks, Chairman, and CEO.

SRT plans to explore multiple business models and plans to send the preliminary data to all four of the major cloud providers to prove the Proof of Concept on data to determine the best possible deal for SRT. NPI Mobile, one of the joint partners in SRT, have a Letter of Intent with one of IBM's IoT Platinum Partners. Current prototype data can be seen in real-time on the website SRT Intelligent Infrastructure Data, www.cygnet.com.

"In my opinion, current autonomous ecosystems are limited on data to properly and accurately drive on the roads today. Unfortunately, autonomous vehicle accidents are occurring more often, and our proof of concept technology and patents enhances the autonomous world providing extended range for V2X capabilities for assisted navigation", says Mr. Hicks.

SRT will be a major player in the autonomous vehicle and 5G city infrastructure verticals. Dating back to 2013, SRT's 22 Patent Portfolio in 32 countries covers the intelligent delivery architecture that allows two-way wireless communications on or near any flat paved surface or roadway. "Our patents cover every road in America, a whopping 4,153,200 miles of road and 32 countries," also states Mr. Hicks.

SRT plans to license their patents to all companies who are helping the world upgrade to SmartRoad and Smart City infrastructure. Currently, there are companies infringing on SRT's two-way wireless communications infrastructure. "Several companies have raised millions of dollars and making claims that they can help enhance cities to become a Smart City on our fundamental patents. We will reach out to them for licensing at the appropriate time," also stated Mr. Hicks.

Premier Products Group would like to assure shareholders and prospective investors that we remain Diligent in bringing shareholder value to PMPG. Please go to our website to www.pmpginc.com for updated information.

Except for historical information, certain statements in this news release may contain forward-looking information within the meaning of Rule 175 under the Securities Act of 1933 and Rule 3b-6 under the Securities Exchange Act of 1934, and those statements are subject to the safe harbor created by those rules. All statements, other than statements of fact, included in this release, including, without limitation, statements regarding potential plans and objectives of the Company, are forward-looking statements that involve risks and uncertainties. There can be no assurance such statements will prove accurate and actual results, and future events could differ materially from those anticipated in such statements. The Company cautions these forward-looking statements are qualified by other factors. The Company undertakes no obligation to publicly update any statements in this release. 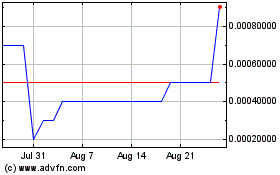 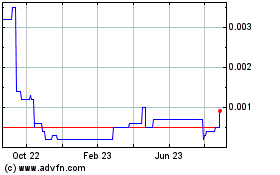 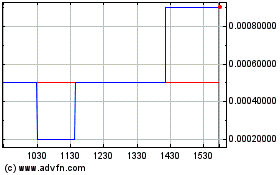