SEATTLE, WA--(Marketwired - Jun 2, 2014) -  Plandaí Biotechnology, Inc. (OTCQB: PLPL), a producer of highly bioavailable plant extracts for industries including health, wellness, nutraceutical, and pharmaceutical, today announced that it has been awarded a grant valued at R13,089,448 ($1.3 million) from the South African Department of Trade and Industry (DTI). DTI grants are awarded based on qualifications relating to capital investment in new industry. The Company's extraction and processing factory in the Mpumalanga province in northern South Africa is considered a qualifying facility. Plandaí previously announced that representatives from DTI toured the facility and then later accepted the grant petition from Plandaí. The grant is payable over two years with drawdowns commencing July 2014.

In addition, the DTI has announced that it has petitioned the government for increased funding and, if approved later this summer, Plandaí will apply for an increase in award up to $2.6 million.

According to the DTI website (http://www.thedti.gov.za/about_dti.jsp), their strategic objective is to facilitate transformation of the economy to promote industrial development, investment, competitiveness, and employment creation. The grant awarded to Plandaí is based on a fixed percentage of actual capital invested in the project.

Chairman and Chief Executive Officer Roger Duffield commented, "The South African government has been among our strongest supporters, first with the $13 million government-backed loan from the Land and Agriculture Bank, and now with an additional $1.3 million grant to help defray the cost of building our production facility. It is a testament to their belief not only in our technology but also our efforts to revitalize the region by creating jobs and operating under a zero carbon footprint model. The grant money will be useful in supporting our operations as the factory comes online and sales begin to ramp up in the coming months."

Plandaí first product to market will be Phytofare™ Catechin Complex, which includes the entire catechin profile derived from live green tea that is grown and processed on the Company's 30,000 sq. ft. factory located on its Senteeko estate in South Africa.

Plandaí Biotechnology, Inc. and its subsidiaries develop highly bioavailable, phytonutrient rich extracts which are being utilized to deliver a new family of drugs to safely and affordably treat a multitude of diseases and conditions. Plandaí Biotechnology controls every aspect of the process, from growing the raw materials on its farms in South Africa, to producing its patented Phytofare™ extracts in-house, allowing the Company to guarantee the continuity of supply as well as quality control throughout the entire process. Targeted industries for the Company's products include beverage, cosmeceutical, wellness, nutraceutical, anti-aging, and pharmaceutical. For more information, please visit http://www.plandaibiotech.com.

The information provided may contain forward-looking statements and involve risks and uncertainties. Results, events and performances could vary from those contemplated. These statements involve risks and uncertainties which may cause actual results, expressed or implied, to differ from predicted outcomes. Risks and uncertainties include product demand, market competition, and Plandaí's ability to meet current or future plans. Investors should study and understand all risks before making an investment decision. Readers are recommended not to place undue reliance on forward-looking statements or information. Plandaí is not obliged to publicly release revisions to any forward-looking statement, to reflect events or circumstances afterward, or to disclose unanticipated occurrences, except as required under applicable laws. 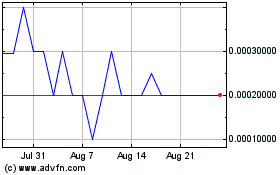 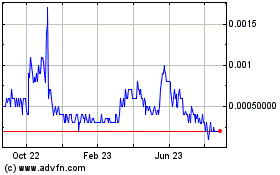 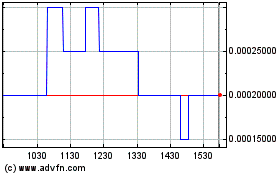