MusclePharm Corporation
(Exact name of registrant as specified in its charter)

Item 5.02    Departure of Directors or Certain Officers; Election of Directors; Appointment of Certain Officers; Compensatory Arrangements of Certain Officers.
Effective as of April 20, 2020, Mr. Allen Sciarillo was appointed as the Chief Financial Officer of MusclePharm Corporation (the “Company”).
Mr. Sciarillo, age 55, joined the Company on December 16, 2019 as Vice President, Finance. Before joining the Company, Mr. Sciarillo served as Director of Finance of The Crypto Company, a public company in the blockchain sector, from July 2018 to December 2019. Before that, he served as Regional Chief Financial Officer of Electro Rent Corporation, a provider of rental, leasing and sales of electronic test and measurement equipment, from February 2015 to March 2018. He previously served as Controller of Electro Rent from April 2006 to February 2015. Mr. Sciarillo earned his Bachelor of Science in Accounting from California State University, Northridge.
Mr. Sciarillo does not have a family relationship with any director or executive officer of the Company or person nominated or chosen by the Company to become a director or executive officer, and there are no arrangements or understandings between Mr. Sciarillo and any other person pursuant to which Mr. Sciarillo was selected to serve as Chief Financial Officer of the Company. There have been no transactions involving Mr. Sciarillo that would require disclosure under Item 404(a) of Regulation S-K under the Securities Exchange Act of 1934, as amended (the “Exchange Act”). In connection with his appointment, it is expected that Mr. Sciarillo will enter into the Company’s standard form of indemnification agreement, the form of which has been filed as Exhibit 10.1 to the Company’s Current Report on Form 8-K, filed with the Securities and Exchange Commission on August 27, 2012.
The Company expects that it will enter into an employment agreement with Mr. Sciarillo. The Company will file an amendment to this Form 8-K disclosing the terms of any such employment agreement within four business days after it has been finalized.

2
SIGNATURES
Pursuant to the requirements of the Securities Exchange Act of 1934, the registrant has duly caused this report to be signed on its behalf by the undersigned hereunto duly authorized. 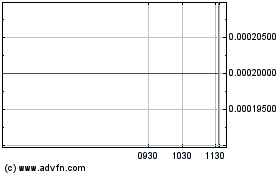