Alternet Systems (OTC: ALYI) is having a fantastic January, with the stock higher by more than 386% at the close on Tuesday. Multiple things are coming together to support the move, including its cryptocurrency backed electric vehicle ecosystem strategy, its imminent production of its Retro Revolt EV motorcycle, and its entrance into a booming African boda-boda ride-share market. The convergence of value-adding developments coupled with its technical BUY rating affirmed at Americanbulls.com, have investors pushing the stock higher on heavy volume. Shares closed Tuesday at $0.057, up roughly 24% with more than 320 million shares traded. The stock was less than half that three days ago. Even a

The attractive part of the ALYI story is that while investors are primarily focused on the company's ReVolt EV motorcycle, in actuality, it's only a small part of a far more comprehensive strategy intended to build a diverse and robust electric vehicle ecosystem. ALYI has noted on multiple occasions that the success of the EV market is dependent on an entire network of contributors, and it will require an infrastructure that can help support various facets of the market. ALYI wants to be a part of that development process.

Already, despite being considered an emerging player, ALYI believes that they are incredibly well-positioned to capitalize on multiple EV market opportunities. Moreover, while they admittedly note that the ReVolt motorcycle will help blaze its trail into the multi-billion-dollar EV sector, it's the broader market opportunities that can deliver massive returns to the company.

At ALYI- Power Is Everything

For all the headlines about sleek designs and comfortable interiors, which is a pride of Tesla (TSLA), one exclusive need is often put later in the coverage- POWER. Power, batteries, and charging stations may not be the sexiest part of a Motor Trend article, but to Alternet Systems, it's one of the most most important discussions at their company.

From experience and expertise, ALYI is looking behind the curtain to fill a potentially lucrative supporting role in the EV sector by positioning itself as a source for power, a part of the required charging stations where energy can be accessed, and to sell its long-range batteries to make electric vehicles efficient modes of transportation. They also are working to seize additional opportunities through collaborations with companies like iQSTEL Inc. to develop connectivity software to facilitate updates for motor synchronization and battery optimization applications. Combined, a fully integrated Alternet Systems can become a valuable player in a booming industry.

Granted, they may not be the pack leader in the US markets, but in emerging and developing markets like Africa, they can be quick to seize a substantial portion of a diverse and growing market. Also, besides ALYI, are very many investors paying attention to network nodes? Probably not.

And that's okay because as investors in ALYI, that comes with the package. Unlike smaller competitors, ALYI is implementing technologies that must be included within the electric vehicle ecosystem to ensure the viability and dependability of any electric vehicle as a mode of transportation. Thus, they are integrating two of the most crucial ecosystem components- a continuous design that has an integration function. That's the node part.

Building An EV Ecosystem Beyond ReVolt

The result of that attention positions ALYI to deliver fast results by building its electric vehicle ecosystem in a region with one of the lowest per capita transportation ratios in the world, Sub Saharan Africa. That market can be enormous, but ALYI has reiterated that it's just its first stop. They believe that their ReVolt motorbike and its product pipeline can have a meaningful impact worldwide. Its innovations are catching the attention of industry analysts as well as consumers.

In fact, with ALYI having seeded its electric vehicle ecosystem strategy with the Revolt Electric Motorcycle, they have been able to turn its efforts to build partnerships and collaborations that can be pulled into ALYI's EV vehicle ecosystem to deliver specific, industry-leading expertise. Attracting attention for ALYI has not been an issue.

Remember, having ALYI as a partner is extremely valuable to other emerging companies. Thus, its a goal for ALYI to build an entire EV dedicated infrastructure that makes it self-sufficient to control its own market destiny. Adding influential niche players to the team extends the reach for everyone involved. It's an obvious win-win proposition. So, while trading at micro-cap levels make ALYI appear as a long shot, investors need to separate share price from opportunity and understand the transformation taking place at ALYI. Only then can they appreciate the big-picture opportunity developing. The “big picture” comes with a “big race.”

One way that ALYI is attracting industry-leading collaboration talent is by launching an annual electric vehicle race in partnership with a brand name racing organization. Beyond giving ALYI a first-hand look at potential partners, this event will allow companies to showcase innovative products and services. The annual race event will be hosted simultaneously with an electric mobility symposium and expo. The potential windfall from this event shouldn't be underappreciated. The goal is to make this the largest, most prominent EV race event in the world. It can have far-reaching and positive implications for ALYI and its partners.

Being Different Is What Makes ALYI Better

Taking a step away from traditional financing, ALYI's financing partner and electric vehicle ecosystem collaborator, RevoltTOKEN, can be a game-changer for ALYI going forward. In fact, the relationship has already provided vital funding to advance ALYI's business plan to its current stage. But the goal is to do far more.

In their own words, RevoltTOKEN plans to “democratize the ALYI electric vehicle ecosystem” through the introduction of a dedicated cryptocurrency offering that provides holders participation in the company EV ecosystem. The innovative strategy has been discussed before, and you can read about it here.

In its simplest form, though, RevoltTOKEN is looking to provide upwards of $100 million in investment capital to electrify ALYI's growth. Those funds, made available through the planned RevoltTOKEN cryptocurrency, is expected to be facilitated through an Initial Coin Offering (ICO). Notably, the funding is happening now, and for ALYI to accelerate its growth, there is not necessarily a need for $100 million upfront. As RevoltTOKEN winds its way through the regulatory approval processes before its planned ICO, ALYI benefits from the relationship now. That's good news.

The bottom line is simple. There are many moving parts at ALYI, and the good news is that they are moving together. Investors are migrating to the stock based on updates and milestones met. Further, despite its 368% run since January, its market cap still sits at only $860K. Thus, there is massive room to run higher, and any announcement on any given day could provide the electricity needed to move the valuation higher. At current levels, the opportunity appears to be substantial.

Disclaimers: Hawk Point Media is responsible for the production and distribution of this content. Hawk Point Media is not operated by a licensed broker, a dealer, or a registered investment adviser. It should be expressly understood that under no circumstances does any information published herein represent a recommendation to buy or sell a security. Our reports/releases are a commercial advertisement and are for general information purposes ONLY. We are engaged in the business of marketing and advertising companies for monetary compensation. Never invest in any stock featured on our site or emails unless you can afford to lose your entire investment. The information made available by Hawk Point Media is not intended to be, nor does it constitute, investment advice or recommendations. The contributors may buy and sell securities before and after any particular article, report and publication. In no event shall Hawk Point Media be liable to any member, guest or third party for any damages of any kind arising out of the use of any content or other material published or made available by Hawk Point Media, including, without limitation, any investment losses, lost profits, lost opportunity, special, incidental, indirect, consequential or punitive damages. Hawk Point Media was compensated three-thousand-five-hundred-dollars by wire transfer to produce research, video, email, newsletters, and editorial commentary for Alternet Systems, Inc. by a third party. Past performance is a poor indicator of future performance. The information in this video, article, and in its related newsletters, is not intended to be, nor does it constitute, investment advice or recommendations. Hawk Point Mediastrongly urges you conduct a complete and independent investigation of the respective companies and consideration of all pertinent risks. Readers are advised to review SEC periodic reports: Forms 10-Q, 10K, Form 8-K, insider reports, Forms 3, 4, 5 Schedule 13D. 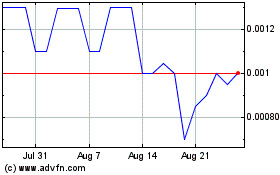 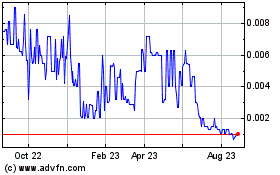 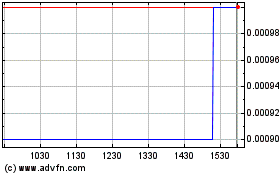