(Exact name of Company as specified in its charter)

Check the appropriate box below if the Form 8-K filing is intended to simultaneously satisfy the filing obligation of the Company under any of the following provisions:

Explanatory Note: This Form 8-K is being filed by Lord Global Corporation (“LRDG” or “Company”) with the United States Securities and Exchange Commission (the “Commission”) in response to the Commission’s temporary suspension, pursuant to Section 12(k) of the Securities Exchange Act of 1934, of trading in the securities of Lord Global Corp. (LRDG) commencing at 9:30 a.m. EDT on August 21, 2020, and terminating at 11:59 p.m. EDT on September 3, 2020. The Commission temporarily suspended trading in the securities of LRDG because of questions regarding the accuracy and adequacy of information in the marketplace relating to LRDG common stock. The questions relate to statements LRDG made about oral and nasal sanitizers that the company claims protect against the virus that causes COVID-19, which LRDG made in press releases and Commission filings between June 2 and August 18, 2020.

In addition, on August 25, 2020, the Company submitted a Sworn Petition to the Commission pursuant to 17CFR 202.5(c) and §12(k)(1)(A) of the Exchange Act (the “Petition”), which allows interested parties, such as the Company, to show that such suspension is not necessary in the public interest or for the protection of investors.

As detailed in the Company’s Petition, the Company issued several press releases designed to provide explicit information regarding CoviGuard™, an oral sanitizer spray and mouthwash developed by and designed primarily for the dental community by Coviguard, Inc., a privately-owned entity (“Coviguard”), as follows:

(a) commencing with its release on June 2, 2020, the Company announced the signing of a binding letter of intent between the Company’s subsidiary, 27 Health Inc. and Coviguard for the marketing rights to CoviGuard™;

(b) on June 5, 2020, the Company issued a press release reporting its CEO’s “letter to shareholders” and the Company’s “significant expectations for the CoviGuard™ line of products” and reporting its intention of focusing its business efforts on the development of its 27 Health subsidiary, dedicated to financing and marketing innovative, healthcare related products designed to benefit from the changes caused by the COVID-19 pandemic;

(c) on June 16, 2020, LRDG issued a press release announcing the execution of a Definitive Joint Venture Investment and Distribution Agreement with Coviguard (the “Coviguard Agreement”) pursuant to which 27 Health, the Company’s subsidiary was granted an exclusive license to distribute CoviGuard™. The Company’s Form 8-K filed with the Commission on June 19, 2020 included: (i) the Coviguard Agreement filed as Exhibit 10.20; and (ii) Coviguard’s PowerPoint Presentation, filed as Exhibit 10.21. to the Company 8-K filed with the Commission on June 19, 2020;

(d) on July 21, 2020, the Company issued a release quoting an article published in the July 18, 2020 issue of Knowridge Science Report, an independent online magazine that reports on matters related to science, medicine and technology, among other technical issues, which article cited a recent review study at Cardiff University and elsewhere reporting that researchers found that certain mouthwashes used in the dental community may help destroy the lipid envelope of Coronaviruses. The article published in the Knowridge Science Report is filed as Exhibit 10.22 hereto; and

(e) on August 17, 2020, the Company issued a press release announcing that it had received an order for one million units of the 4oz spray from Global Sanitizers Technologies Inc., further stating that the Company’s Oral Sanitizer product is designed to be the first product on the market to significantly reduce the viral and bacterial loads in the oral and mucosa membrane (mouth and throat). Reference is made to the Company’s Form 8-K filed with the Commission on August 18, 2020 and the revised press release attached as Exhibit 99.1 to the subject Form 8-K, in which it clarified that the estimate of having “products in the marketplace within 60 days” by stating that it “expects to be able to deliver in or before the end of 2020.”

As discussed more fully in the Petition, which is summarized below, the Company’s disclosures made in these press releases were based on: (i) scientific case studies and peer-reviewed research that has been published by unrelated third-party professionals; and (ii) the best business judgment of the Company’s management supported by representations made to the Company by Coviguard. Claims relating to the Company’s belief in the efficacy of CoviGuard™ in preventing the contraction and spread of contagion has been documented and is based upon the active ingredients in the CoviGuard™ formula, as discussed below. There was no manipulation of facts or deception by the Company in any of the press releases nor was there any intention on the part of the Company to financially benefit from the releases and filing with the Commission.

The Company’s Petition also addressed the Commission’s expressed concerns about the formation and development of the Company’s business, that of 27 Health, which was undertaken following the change in control transaction reported in a Form 8-K filed on January 7, 2020, at which time a new board of directors and new officers were appointed, followed by the acquisition of 27 Health Inc. reported in the Company’s Form 8-K filed with the Commission on February 11, 2020. In connection with the change in control and the change in management supported by the infusion of new equity and debt financing, LRDG has changed its business focus to that of its 27 Health subsidiary, concentrating on products that can potentially address the COVID-19 pandemic by investing in the manufacture, testing and marketing of unique products that potentially could help in the battle against the coronavirus. Of course, there can be no claim that CoviGuard™ will cure COVID-19 nor did the Company ever make such a claim. The Company did disclose in its several releases and filings that the CoviGuard™ product line has the potential to mitigate the spread of infection from its source, the human mouth.

In the above-referenced public release dated June 2, 2020, the Company disclosed its binding letter of intent between 27 Health and Coviguard, with the purpose of granting 27 Health the right to market the CoviGuard™ mouth wash and oral sanitizer spray, a patent pending product line that uses FDA approved ingredients. All of the ingredients that comprise the CoviGuard™ proprietary formula are FDA-approved (for human uses other than treating COVID-19), and are primarily used in dental offices or are sold as over-the-counter products. In fact, the Company specifically stated its intent to market CoviGuard™ as a prewash to the dental community. The Company’s June 2, 2020 release further stated that: “Studies with the proprietary ingredients have shown a unique ability to dramatically reduce viral loads in the oral cavity and help prevent transmission” and further disclosed the Company’s belief that “it will be among the first commercial products to be used by dentists as a ‘pre procedural rinse’ for patients as well as individuals to protect themselves and others from virus transmission as well as bacterial infections. Covi-Guard™ also contains immune supporting ingredients.

There have been several papers showing that the Covi-Guard™ combination of ingredients have been able to reduce the viral load of the Corona family of viruses including COVID-19 and other viruses”. In support of the June 2, 2020 release, the Company stated that it was aware of an ongoing study in France at Claude Bernard University, Lyon, France, that has been underway since April 2020, filed as Exhibit 10.22 hereto, which study is examining a formula very similar to that contained in CoviGuard™, which formula purports to be able to reduce the viral load in the mucosal membrane (in the mouth and throat) using cyclodextrin and bioflavinoid (citrox). These are the active ingredients that are virucidal in nature and are the reason why CoviGuard™ could be a very successful product. The French study is seeking to show why that this combination, which contain many of the same active ingredients contained in CoviGuard™, eliminates the viral load in the oral cavity.

In the June 5, 2020 letter to shareholders and contemporaneous press release, the Company announced that studies of the individual components of this [Covi-Guard™] product line has been proven to nearly eliminate the CO-SAR2 (COVID-19) viral load in the mouth. We believe that the market size for this product line could well be in excess of hundreds of millions of dollars. We have begun discussions with several different marketing channels for this product line and have received enthusiastic response. It is possible that this product line could represent sales in excess of $15 million in the first 12 months of launch. We have identified our outsource production supplier and feel that we can have products in the marketplace within 60 days.

The Company acknowledges that notwithstanding its belief that it could “have products in the marketplace within 60 days,” in fact this belief reported in the June 5, 2020 letter to shareholders was not achieved. As a result, on August 18, 2020, the Company filed a Form 8-K including as Exhibit 99.1, a press release correcting the Company’s estimate that it will be able to deliver the 1 million units of CoviGuard™ oral sanitizer spray pursuant to the Global Sanitizers’ purchase order, representing a $5 million order, before the end of the year rather than its earlier estimates of 60 days or by the end of September.

The Company has endeavored and will continue to endeavor in issuing press releases to report that the information released is based upon the Company’s best business judgment and that its best estimates about such facts as potential market size, estimated dates for delivery, and other material information are, in fact, based upon the Company’s reasonable beliefs. In addition, and in support of this Petition, the Company has relied upon published scientific studies including ongoing studied being conducted by reputable third parties unrelated to the Company.

As indicated in several of the Company’s press releases, the Company is also actively testing CoviGuard™ and negotiating with unrelated third parties for support in manufacturing and testing the CoviGuard™ product line so as to facilitate the ability to have sufficient quantities of the CoviGuard™ product line that are market ready to fulfill existing and potential future purchase orders. To that end, the Company has financed and will continue to finance Coviguard pursuant to the Definitive Joint Venture Investment and Distribution Agreement (first reported in the Company’s release dated June 16, 2020) for the express purpose of facilitating Coviguard’s and contracted third-party testing and production of sample process and, in connection therewith, the Company has engaged reputable third-party laboratories to design testing protocols and procedures. The CoviGuard™ product has been formulated pursuant to these ongoing protocols and procedures and, following its past and correct practices, will publish the results of ongoing tests and manufacturing schedules once available to the Company.

Pursuant to the requirements of the Securities Exchange Act of 1934, as amended, the Company has duly caused this report to be signed on its behalf by the undersigned hereunto duly authorized. 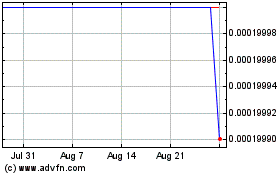 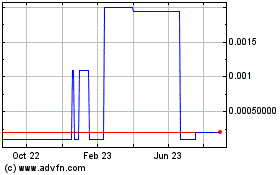 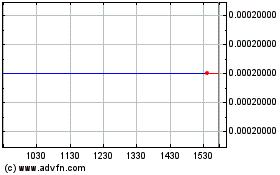