In light of the previously announced funding received by the Company in December 2020 from Mayne Pharma Ventures Pty Ltd, the Company’s majority stockholder, on December 31, 2020 and effective as of January 2021, the Compensation Committee of the Board of Directors of the Company approved payments of $1,600 per month for Virca (which is inclusive of his health insurance payments) and $2,400 per month for Hasara in consideration of the various legal, compliance and governance requirements they continue to fulfill on behalf of the Company.

Aside from the changes to compensation, there were no changes made to the Agreements and the employment of Virca and Hasara by the Company remains “at will”. 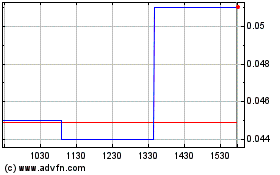