On October 29, 2018, the Board of Directors (the “Board”) of Heyu Biological Technology Corporation (the “Company”) dismissed Haynie & Company (“Haynie”) as the registrant’s independent registered public accounting firm. The auditor’s report of Haynie on the Company’s consolidated financial statements as of and for either of the past two fiscal years did not contain an adverse opinion or a disclaimer of opinion, and was not qualified or modified as to uncertainty, audit scope or accounting principles.

During the two most recent fiscal years and through the subsequent interim period preceding the dismissal of Haynie, there were no (i) “disagreements” (as that term is defined in Item 304(a)(1)(iv) of Regulation S-K) between the Company and Haynie on any matter of accounting principles or practices, financial statement disclosure, or auditing scope or procedures, which disagreements, if not resolved to the satisfaction of Haynie would have caused Haynie to make reference to the subject matter thereof in its reports for such fiscal years and interim period, or (ii) “reportable events” as that term is described in Item 304(a)(1)(v) of Regulation S-K.

We furnished a copy of this disclosure to Haynie and have requested that Haynie furnish us with a letter addressed to the Securities and Exchange Commission (the “SEC”) stating whether such firm agrees with the above statements or, if not, stating the respects in which it does not agree. We have received the requested letter from Haynie, and a copy of the letter is filed with this Current Report on Form 8-K as Exhibit 16.1.

On October 29, 2018, the Board approved the engagement of WWC, Professional Corporation (“WWC”) as the Company’s independent registered public accounting firm to audit the Company’s consolidated financial statements as of and for the fiscal year ended December 31, 2018.

During the two most recent fiscal years and through the subsequent interim period preceding WWC’s engagement, the Company has not consulted with WWC regarding (i) the application of accounting principles to a specified transaction, either completed or proposed; or the type of audit opinion that might be rendered on the Company’s financial statements, and neither a written report was provided to the Company nor oral advice was provided that WWC concluded was an important factor considered by the Company in reaching a decision as to the accounting, auditing or financial reporting issue, or (ii) any matter that was either the subject of a disagreement (as defined in Item 304(a)(1)(iv) of Regulation S-K and the related instructions to Item 304 of Regulation S-K) or a reportable event (as described in Item 304(a)(1)(v) of Regulation S-K).

Pursuant to the requirements of the Securities Exchange Act of 1934, the Company has duly caused this Report to be signed on its behalf by the undersigned hereunto duly authorized. 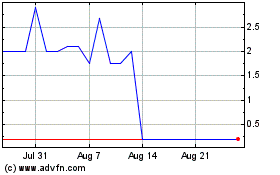 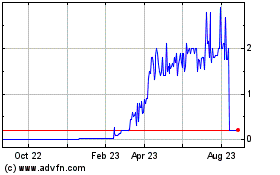 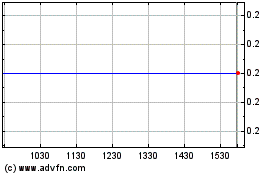