On March 18, 2020, the Board of Directors of Genufood Energy Enzymes Corp. (the “Company”) received the resignation of Kuang Ming (James) Tsai as the Company’s Chief Executive Officer and Chief Financial Officer. Mr. Tsai’s resignation was not due to any disagreement with the Company on any matter relating to its operations, policies or practices. Mr. Tsai will remain a director of the Company.

On March 18, 2020, the Board of Directors of Genufood Energy Enzymes Corp. (the “Company”) also received the resignation of Yi Ling (Betty) Chen from all positions and offices she holds with the Company, including without limitation as a director, and as the Company’s Secretary and Treasurer. Mr. Chen’s resignation was not due to any disagreement with the Company on any matter relating to its operations, policies or practices.

From January 1994 to the present, Mr. Wang has served as an information technology consultant for Hsinlan Chemical, Co, Ltd. located in Taichung City, Taiwan. From May 2018 to the present, he has served as the General Secretary for Chinese Taipei Wushu Confederation of the Koushu/Wushu Federation of the Republic of China (Taiwan). From August 1986 to July 2015, he was a teacher and Director of Academic Affairs for Taichung Sha-Lu Industrial Senior High School in Taichung, Taiwan. Mr. Wang received a bachelor's degree from the Division of Industrial Technics Education of the National Taiwan Normal University and a master's degree from the Graduate Institute of Statistics of Chung Hua University in Hsinchu City, Taiwan.

Messrs. Lin and Wang will serve in their newly-appointed offices until their respective duly elected successors are appointed or they resign. There are no arrangements or understandings between either Mr. Lin or Mr. Wang and any other person pursuant to which either of them was appointed as an officer of the Company. There are no family relationship between either Mr. Lin or Mr. Wang and any of the Company’s other officers or directors. Neither Mr. Lin nor Mr. Wang has held any other directorships in a company with a class of securities registered pursuant to Section 12 of the Securities Exchange Act of 1934 or subject to the requirements of Section 15(d) of such Act or any company registered as an investment company under the Investment Company Act of 1940. 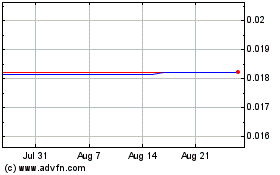 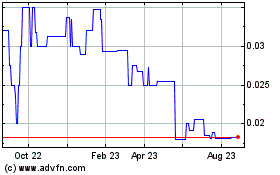 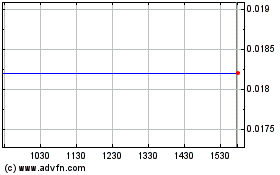