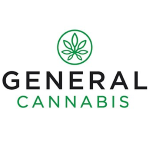 Check the appropriate box below if the Form 8-K is intended to simultaneously satisfy the filing obligation of the Registrant under any of the following provisions:

On June 24, 2020, Michael Feinsod resigned as Executive Chairman of the Board of Directors (the “Board”) of General Cannabis Corp. (the “Company”) under his Employment Agreement with the Company dated December 8, 2017 (the “Employment Agreement”).  In his resignation letter, Mr. Feinsod stated that he is resigning with “Good Reason” because “…there has been active and material interfering with [his] ability to perform [his] duties and which has prevented [him] from performing the duties required to perform and discharge [his] obligations to the Company and its underlying shareholders of an executive character typically associated with the position of an executive chairman of a company and of which the Board of Directors has delegated or assigned to [him].”  The Board and the Company disagree with Mr. Feinsod’s statements, and with his conclusion that his resignation was for “Good Reason” under the Employment Agreement.  However, the Company accepts his voluntary resignation with immediate effect.  Mr. Feinsod’s notice of resignation further states that Mr. Feinsod will remain Chairman of the Board.  The Board and the Company do not disagree with this statement. 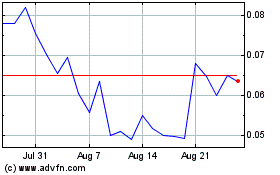 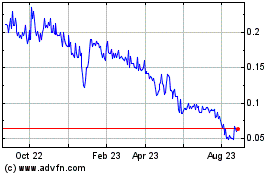 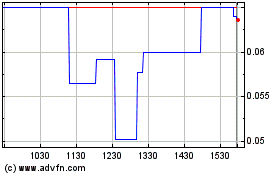