Resignation of Andrew Rackear as Chief Executive Officer and Secretary

On December 30, 2020, Andrew Rackear, Chief Executive Officer and Secretary of Enzon Pharmaceuticals, Inc. (the “Company”), notified the Company’s Board of Directors (the “Board”) that he is retiring, effective February 26, 2021. Mr. Rackear will continue to serve in such roles until such date.

Following his retirement, Mr. Rackear will be available as a consultant to the Company.

Mr. Feinstein has served as Vice President - Finance and Principal Chief Financial Officer since December 2013. Mr. Feinstein is a retired partner of KPMG LLP and currently a private consultant providing management and financial advice to clients in a variety of industries. From 2015 to 2019, he provided financial consulting services to General Cannabis Corp, a public company. During July 2016, he provided consulting services to Hamaspik, Inc. Mr. Feinstein has served on boards of both publicly-held and not-for-profit enterprises. Mr. Feinstein, a certified public accountant, received a BBA degree from Pace University. Mr. Feinstein also served in the United States Marine Corps.

Mr. Feinstein currently serves the Company on a consulting basis at a rate of $325 per hour for each hour worked, together with reimbursement for reasonable expenses incurred in performing his services, pursuant to the terms of an independent contractor agreement, as amended. Said compensation will remain the same under his new role.

On January 4, 2021, the Company issued a press release announcing Mr. Feinstein’s additional appointments as Chief Executive Officer and Secretary, effective February 26, 2021, a copy of which is attached to this Current Report on Form 8-K as Exhibit 99.1. 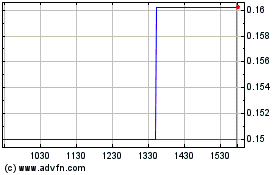